Vatican to open tombs looking for young woman missing since 1983

Vatican to open tombs looking for young woman missing since 1983 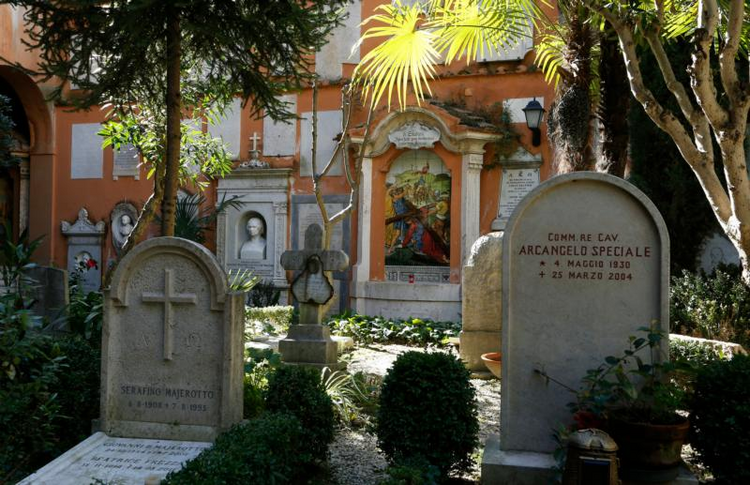 The Teutonic cemetery at the Vatican is seen in this 2015 file photo. The decision to open two tombs in the cemetery was made in response to the request of Emanuela Orlandi's family and their questioning "the possible concealment of her cadaver in the small cemetery located within Vatican City State." She disappeared in 1983. (CNS photo/Paul Haring)

VATICAN CITY (CNS) -- The Vatican City State tribunal has ordered the opening of two tombs in a small Vatican cemetery at the request of the family of Emanuela Orlandi, a young woman who disappeared in 1983.

Emanuela Orlandi, a Vatican City resident and the daughter of a Vatican employee, disappeared in Rome June 22, 1983, when she was 15.

In March, the family's lawyer revealed the family had been sent a letter with a photo of an angel above a tomb in the Vatican's Teutonic Cemetery, a medieval cemetery now reserved mainly for German-speaking priests and members of religious orders.

The letter said, "Look where the angel is pointing," according to Laura Sgro, the lawyer.

She filed a formal petition with the Vatican to investigate the matter and possibly open the tombs below the sculpture of the angel.

Italian news reports in March quoted Sgro as saying there was evidence that at least one of the tombs below the angel statue had been opened at some point, the statue is not the same age as the marble on top of the tombs and someone continues to leave flowers there.

The decision was made in response to the request of Emanuela Orlandi's family, he said, and their questioning "the possible concealment of her cadaver in the small cemetery located within Vatican City State."

The tombs will be opened by police July 11 in the presence of the Orlandi family and family members of the people buried there, Gisotti said.

The decision comes after a court review of the long process of trying to determine what happened to Emanuela Orlandi, who was thought to have been kidnapped. But, Gisotti said, the Vatican court and police are looking only at the possibility that she was buried in the Vatican. Her disappearance in Rome is a matter that falls under the jurisdiction of Italian authorities.

Opening the tombs is just the first step for the Vatican, Gisotti said. The remains in the tombs will be inventoried and catalogued before tests are conducted on the age of the remains and their DNA.