Health care isn’t about statistics or abstractions. It’s about people.

Health care isn’t about statistics or abstractions. It’s about people. 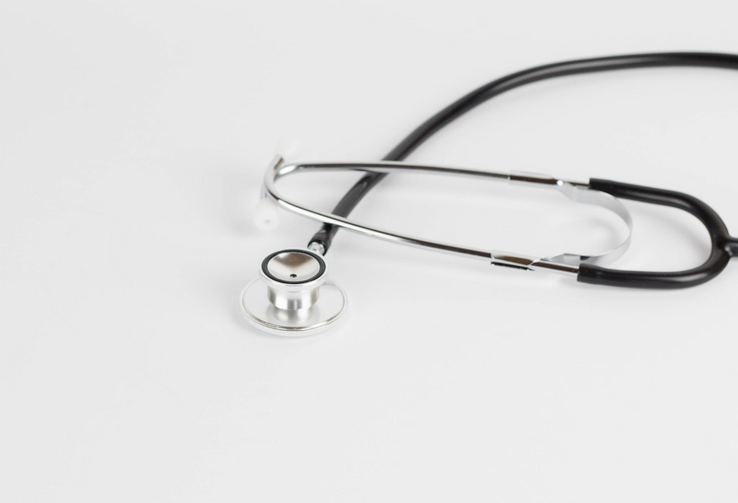 I remember the size and shape of the ceiling tiles—square, with rows of holes the size of pencil erasers. I lay staring up at them for the better part of an hour, waiting for the two medical residents to arrive and begin work on my leg. I was 12 years old and in the second week of my stay at Boston’s Floating Hospital for Children. I had just had surgery on my leg to correct a birth defect; and in order for the leg to heal properly, I needed to have a cast made that bent at the knee.

They told me it would be painful. I braced myself. The residents went about their work, casually chatting with each other about their weekend plans. As they bent my leg, the pain was excruciating and I started to cry out. They ignored me—just kept on chatting. Just as I was about to reach my breaking point, the surgeon, Dr. Zimbler, arrived, took one look at this scene and yelled: “Stop!”

Dr. Zimbler came to me, gently patted my head and asked if I was O.K. I was crying and couldn’t speak. He smiled and assured me that things would be alright. But his smile vanished when he looked up at the residents. It was their turn to be scared. “Let’s talk,” he said. They went to the other side of the room and Doctor Zimbler let them have it. How could they stand there casually chatting and laughing about their weekend when this boy they were treating was scared and in such pain? He couldn’t understand their thoughtlessness.

I understand it better now. Residents work long hours and have to maintain an almost inhuman pace. I was probably the fourth or fifth or maybe the 15th patient they’d seen just that morning. It was all a blur to them. I’m sure they were decent guys and they probably went on to be fine doctors. They had just made a mistake: They had forgotten that I was a human being, more than just “the patient”—a person.

The subject of every public policy question is not an abstraction or a statistic or a social construct, but a person, created and redeemed through love.

“See the person,” Pope Francis keeps telling us. The subject of every public policy question is not an abstraction or a statistic or a social construct, but a person, created and redeemed through love. That was the principle at work as we began planning this special issue on health care. But what our authors discovered along the way is that this principle, “see the person,” not only frames the question but must be a fundamental component of the answer. “The solution to the current opioid crisis is one that involves the whole person,” Bishop Malesic tells John Miller in this issue.

It’s hardest to see the person who lives at the margins. That’s why Pope Francis keeps telling us to go to the margins as well. From that point of view, it is also clear that our health care system, for all its advances, marvels and miracles, is still marked by structural injustice. I had that surgery on my leg, was fully healed, and within a couple of months I was back on the ball field.

But looking back I see now how lucky I was. I was lucky that my dad had a job with a good health care plan that also covered his family. I was lucky that we lived within two hours of one of the finest hospitals for children in the world. I was lucky that my father knew someone who knew Dr. Zimbler, who was otherwise not taking any new patients but made an exception for me.

Access to the kind of high quality health care that I enjoyed as a kid, not to mention the kind I enjoy as a Jesuit, shouldn’t depend on luck. A month or two ago, an older friend described to me how quick and easy it was for him to have his cataract removed. And yet I remember traveling with a doctor in the third world when I was a Jesuit novice. There, a cataract meant almost certain blindness for the rest of one’s life. That’s not fair.

Life isn’t ultimately fair, of course. But where it can be, it should be. Making the world a more just and healthier place begins with listening to people’s stories. That’s what this issue of America is about.

This special issue of America is sponsored by Somos Community Care. We are very grateful for their support. America Media is solely responsible for the editorial content.

The chief executive officer of Somos is Mario J. Paredes, K.G.C.H.S., who is a longtime friend of America Media. It is his vision and generosity that has brought this issue to you. I guess you could say that in Sir Mario, we got lucky. AMDG.

Poor Matt Malone who was an object, not a subject; an after-thought, not the focus; a bystander, not the person to whom all of this was happening. Poor Matt Malone, an after-thought to persons discussing a surgery on his limb, the same Matt Malone who just days ago published, first, the collective thoughts of America Magazine's editors about abortion politics and policy and, second, an article by a Legionnaire priest exhorting the disability rights community to get on board with the prolife agenda. All but invisible in both pieces were the women (including disabled women and 12 year old girls of every ability) who would be subjected to the State compelled pregnancies you collectively endorsed.

For Jesus, the subjectivity of the Other was EVERYTHING. For you guys, it is situational. Daily, I lose more faith in your capacity as leaders, guides and companions.

A major problem with health care is that it is impossible to provide the same health care to everyone. But any time one is logical and wants to admit this emotional arguments are used to accuse those who have to limit healthcare of being unfeeling. Universal healthcare is a myth we must start with that understanding. Distributing what we can is the objective. Is it the healthcare of 1950? 1980? 2000? 2010? Distributing 2019 is impossible.

Key is increasing healthcare professionals. But what will do this? Is it government controlled healthcare or free market healthcare that will produce the most doctors and nurses? What will allow these professionals to spend most of their time on patients and not paper work? In the UK high taxes are forcing doctors to retire or work less. What are the other tradeoffs?

I suggest Fr. Malone and everyone else read Factfulness. In it Hans Rosling relates a very logical argument overcoming the emotional arguments of colleagues in which in order to save lives, advanced healthcare must be limited. Sound strange? The logic is irrefutable.

Lucky? I believe you first avoid American privilege, and then clerical privilege. Clearly i have put Jesuits on pedestals, and no one can survive that scrutiny. Thank you for that wake up call.

Fr. Matt's experience was the result of neither luck nor privilege. It was simply a normal experience in an American system that used to work, a system that allowed doctors to guide their actions by way of moral compass. (Not anymore.) Medicare and Medicaid were created for those who couldn't pay for themselves. Too much debt has distorted our economy and stopped wages from rising. Workers are feeling the pinch, but they don't know why. Envy, blame, and anger are now what you live with.