How can activists win more than a viral moment? 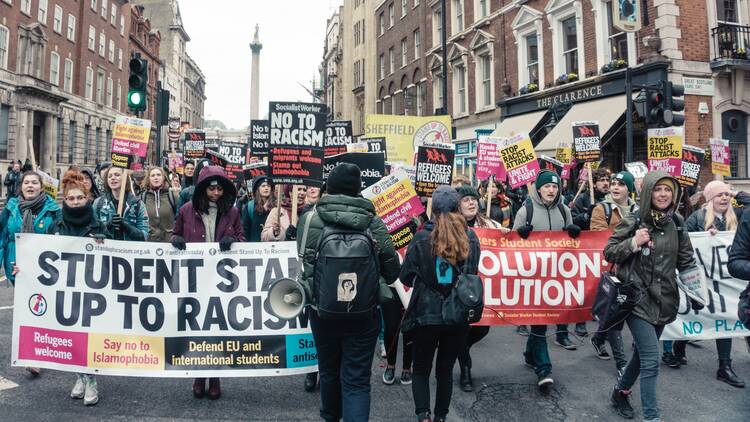 Photo by Yeo Khee on Unsplash

Some years ago, I attended a weekend meeting at a middle-of-nowhere hotel, looming over a highway that snaked through Pennsylvania hills. I had come as part of a group of maybe 50 activists from around the country, all working on nearly as many issues. We were there to find what we had in common and to organize some sort of united front; but as far as I remember, that did not happen.

Other things did. The memory that sticks with me the most was the introductory exercise. Each person shared a few minutes’ worth of autobiography. I was among the youngsters, so mine was short. But most of the others had been at this for decades. Some were faces we see in the news quite frequently, pressing on with seemingly futile but necessary causes. The way they told their stories, however, did not comport with how I had come to know their later-life personas.

I feared for the younger activists whose only claim to fame so far seemed to be passing virality.

The old-timers tended to begin with a story of success. This was not success the way a lot of my friends were then measuring it—the video gone viral, the march that briefly fills a city’s streets, the ideological argument won. Nor was it the success of a mere legislative patch or a candidate elected.

One woman helped build the fair-trade movement. One had been a doctor who healed the sick. One built a national anti-racist organization and a career in hip-hop. Their sense of their own strength and their perseverance over decades seemed to swell from those experiences. Early success shaped the rest of their lives. It convinced them that tangible, life-giving change is possible, even when it seems impossible. I feared for the younger activists whose only claim to fame so far seemed to be passing virality.

Today, it is easier than ever for activists to command attention for a moment but harder to form the lasting relationships and organizations that are also needed to make lasting change.

One of the activist elders I have learned the most from is George Lakey, a Quaker who began his career with Bayard Rustin, an organizer of the March on Washington. As I wrote previously for America, he ran humanitarian supplies through wartime blockades of North and South Vietnam, helped build the antinuclear movement and trained generations of younger activists. He has not stopped, either; a few years ago, he and his friends used nonviolent action to force PNC Bank to divest from mountaintop-removal mining. In his essential new guide to nonviolent campaigns, How We Win, he suggests dispensing with tactics like marches altogether.

By denying ourselves that passing satisfaction, we can steer ourselves into more creative, more effective kinds of action.

The trouble with attention-getting tactics is that we can mistake the attention sugar-high for a real win. By denying ourselves that passing satisfaction, we can steer ourselves into more creative, more effective kinds of action. How We Win is full of stories of people doing that—unsung stories, often, of people making real change and discovering their own power.

Polarization can bring about real political change. Our past proves it.
Nathan Schneider

Mr. Lakey also eschews the style of organizing that depends on constant internal policing and shaming among activists; rather, he offers techniques for mutual understanding, compassion and healthy conflict. When a group’s focus is on what it can accomplish, not how it might look on social media, it is easier to tolerate and work with differences. If social change depends on a group being perfect before taking action, it will never begin.

The meeting at the Pennsylvania hotel ended not with a revelation or a plan but with a breakdown. A man who had fought in Vietnam began shouting out, experiencing a terrifying flashback. In the middle of our conference room, he was suddenly back in that brutal jungle, scared for his life, a dying child before him.

After that, there was no more strategy, just caring for him and each other—fittingly so. That is the work. It shows how broken we are and how urgently this world cries out for such repair that we will never complete. How we win is how we persist.

Did you ever think that what you and others are/were trying to accomplish may be dysfunctional? Maybe radical change is counterproductive but minor change may make a positive difference. Maybe it is small steps with positive results that are needed.

Stamina is vital. Activists need to keep up their dream alive. Mahatma Gandhi, ML King, Nelson Mandela, Baba Amte, Pope Francis, and even Jesus of Nazareth - they all rightly belong to the elite club of genuine activists. May their tribe increase.

To put Jesus in the same club as the activists you name is misleading. Jesus came to save souls not to demand that companies change their way of mining or to change government policy. Jesus did not come to have Heaven on Earth but to lead us to his Heavenly Kingdom. I am not saying that the people you name are not worthy of respect and admiration but their cause is earthly.