The Editors: Politicians fail the country by applying religious tests 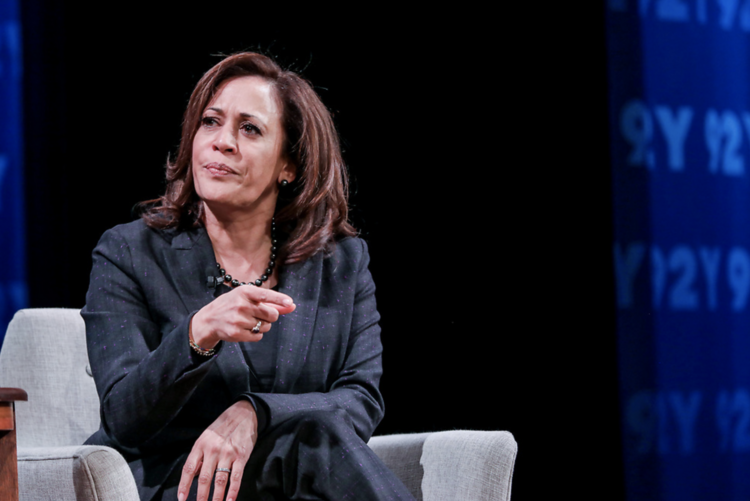 On Jan. 16, the U.S. Senate unanimously adopted a resolution “to reaffirm religious liberty and condemn religious tests for federal officials.” It may seem odd that such an affirmation was necessary, and it is odder still that the proximate occasion of the resolution was the suggestion in confirmation hearings before the Senate Judiciary Committee that the Knights of Columbus represent a form of dangerous extremism.

The resolution was proposed by Senator Ben Sasse, a Republican from Nebraska, in response to a line of questioning by two Democrats during the late November confirmation hearings for Brian Buescher, who had been nominated for a judgeship for the U.S. District Court for the District of Nebraska. Senator Kamala Harris of California asked Mr. Buescher if he was aware of the Knights’ advocacy against abortion when he joined and asked if he agreed with a statement from the Carl Anderson, who leads the Knights, describing abortion as “killing on a massive scale.” Senator Mazie Hirono, of Hawaii, described the Knights as having taken a “number of extreme positions,” referring to their opposition to same-sex marriage, and asked if Mr. Buescher would leave the Knights, who number more than two million members, if confirmed in order to avoid any appearance of bias.

This line of questioning has been widely criticized as displaying anti-Catholic bias, and certainly the willingness of two senators to depict a Catholic fraternal organization present in parishes across the country and around the world as a danger to the republic is chilling. It also shows a surprising ignorance of the Knights’ many religious, charitable and civic activities beyond their direct political advocacy, not to mention a complete disregard for their history in opposing virulent anti-Catholicism in the nation’s past. But there are at least three other factors at play beyond the appearance of anti-Catholic bias.

The current climate of “gotcha” politics is deeply opposed to the constitutional guarantee of freedom of association.

First, as we have pointed out before, Roe v. Wade’s confinement of the abortion question to the judiciary continues to distort the workings of political dialogue and compromise. Unable to debate the abortion question straightforwardly, legislators are left to read tea leaves about what judges might do. And since the American people are not of one mind about abortion, the judicial “settlement” of the issue is in constant need of shoring up, driving its defenders to depict anyone who opposes abortion as dangerously extreme.

Second, the current climate of “gotcha” politics is deeply opposed to the constitutional guarantee of freedom of association and the rich history of nongovernmental civic institutions building up the fabric of American public life. Many politicians, seeking short-term advantage, are willing to cast suspicion on any connection to a group or issue they oppose. The assumption that membership in a fraternal organization automatically constitutes endorsement of a particular political position—much less bias that would render a nominee unfit to be a judge—is catastrophically narrow.

Review: Kamala Harris in her own words
Brandon Sanchez

Third, religious values are being conflated with bias—but the anemic state of the public conversation about religion makes it difficult to distinguish them properly. It is perfectly possible for judges to be motivated by their faith to recognize that abortion is a grave injustice, while still being committed to honor laws and precedent. And it is possible for senators to ask a nominees how they will navigate tensions between personal religious values and their judicial duties without assuming that one must violate the other. A commitment to religious liberty demands that effort be devoted to resolving, rather than exacerbating, any real or apparent tension between religious obligation and civil duty. The United States deserves elected officials and judges who are willing to undertake that task.

As is now standard practice for the party in control of the nominating branch, clearing all your judicial nominations through the Heritage Foundation outsources the "religious test" to a place where the public and our elected representatives are not involved. Religious commitment to overturning Roe is established before the nominees ever show up for confirmation hearings, where they decline to answer, or facetiously address any questions on the issue.

This allows senators like Ben Sasse to selctively feign outrage over erosion of principles like seperation of church and state, when it serves their poltical ends; while almost completely ignoring far more grotesque assaults on appointment process norms, and democratic values committed by their Senate Majority leader, and the president they enable: a man who doubtless couldn't form a coherent sentence about any aspect of the Constitutional protections afforded free exercise of religion.

Julie A Miller
3 years 5 months ago

The Knights of Columbus indeed do charitable work. Unfortunately, they are very badly named because Christopher Columbus has undergone a transvaluation of values. He did not “discover” America, but he was Cristobal Colonizer (see Alex Nava’s wonderful book Wonder and Exile in the New World) and he did bring about imperialism, slavery, and genocide on the indigenous peoples of the Americas. When the Knights enter the political arena to oppose abortion, they should not be surprised that non-Catholics are deeply suspicious of attempts to identify with militarized forms of the imperial and conquistador Catholic past which did in fact bring death on a massive scale.

I would completely agree that the Knights are religious extremists hiding under a Catholic cover for legitimacy. They are sexist merely by the fact they don't allow any women to be members when they easily could change their charter to allow women to become knights. There is no need for any "charity" to be gender exclusive. 90% of the Knights supposed charitable works are about pushing an end to abortion through criminalizing abortion while they also work to make birth control more difficult to access by fighting its being free to women in our country. They do this even though they know criminalizing abortion and making access to birth control difficult in any country creates more abortions by large numbers and more maternal deaths also by large numbers than compared to the U.S. currently and Western European Countries. It is time we put the blame for needless deaths on the right targets - ultra conservative wealthy white men who want to control women's bodies. The Knights have well earned the criticism they receive and our church should dump them completely as they are corrupt with the insurance earned money. Why is this charity so rich instead of tight because they have given their funds to the actual poor? Because they keep plenty of funds in their account to lobby politicians who fight against women's equality in our country.

Thank you, Nora, for putting the Knights of Columbus in perspective. Perhaps, some day, the editors of this magazine will have the editorial freedom and courage to critique the corrosive influence of religious extremists like the K of C.

Why don’t “the editors” of America Magazine address this essay especially to the Democratic Party? I don’t know of any Republican politicians in this country who apply religious tests. The editors might have said so. What makes the Democrat Party so sacrosanct to the editors of America Magazine? In my Dad’s days, the Democrat Party used to be the party that favored religion and religious practices, especially among Catholics. But not now anymore. By and large, the Party now looks on Catholics and religious people as the enemy.

There are tensions between religious values and judicial duties that can be navigated and there are some that can't [imo]. Its one thing for a religious person to oppose gay marriage in one's faith who can easily accept it at the civil level for nothing sacred is violated. A civic marriage is not a sacramental marriage.No real conflict. [ I am not saying I oppose gay marriage or that gay civic marriages are not real marriages,just using an example]. But when it comes to the religious value of opposing abortion, then I do not believe one can just compartamentalise oneself . The same for cases about refugees or capital punishment or torture [if it were ever to be legal again]. Requiring a judge to resign from a religious organization is religious discrimination. Even questioning someone on their religious beliefs is, If they swear to uphold the laws and the Constitution, their personal beliefs and should not be questioned. However a religious person cannot just defy the teaching of the church on matters of grave moral import, assuming the teaching aligns with their own conscience too, to do ones civic job. We can't serve two masters on the grave moral issues like abortion, capital punishment, torture refugees [and undoubtedly other issues i can't think of now].
Religious values ARE biases ,I don't know how honestly one can say they are not.They are passed down and have a theological origin, we claim;some racists believe their "superiority" has supernatural origins too, but biases they are nonetheless.Religious institutions can be biased; because religious freedom is a guaranteed right ;it's it's own space. No one is forced be part of. But don't deny those are biases.

When it comes to grave moral issues then no, the religious person cannot nor should not put aside ones values for the sake of the civil laws. Better to not take the judgeship position then to authorize grave moral deeds. Blessed are the poor. What or who are we to ourselves , To Jesus Christ , to the world if as professed Christians we are doing jobs that validate laws that we believe and tell the world are gravely unjust and immoral!What then is our faith worth and what is it even?

If you are open the high quality page when i have seen your page and rad the new article then it will be create some problem to open then i have to get upgrade the system in the the Microsoft windows and firstly i have to know that how to change account name in windows 10 from this function it will be very easy to logged on this windows opearting system and we are easily open your page.

Liberals need to understand that Leftists are their enemy. Leftists want to control all aspects of your life. Truth is not a Leftist value (Dennis Prager)

“Catholic women demand the legal right to an abortion, and then wish to never exercise that right” - Fr. Andrew Greeley (of blessed memory)

The objectionable questions posed by the senators are evidence that Catholics, in alliance with Evangelicals among others, have been successful enough politically to cause concern among pro-choice officials. To be equally successful in terms of moral persuasion of individuals contemplating abortion would be an impressive feat, too.