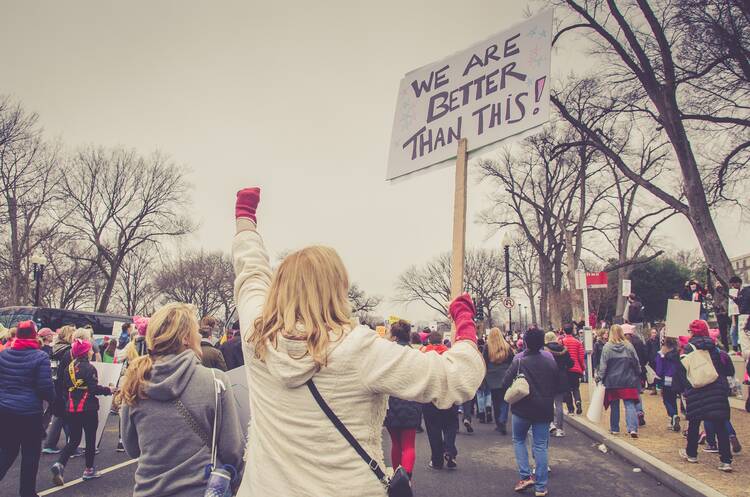 Photo by Jerry Kiesewetter on Unsplash

“The recent pipe bombings and the murders at the Tree of Life seem to be inspired by the appeal to violence and hatred espoused by the president,” wrote Sheila Kurtz of Knoxville, Tenn. “The demonization of desperate refugees and sending thousands of soldiers [to the U.S.-Mexico border] will inflame others.”

Diane Dragonetti of New York said: “The heated political rhetoric is giving public permission to people to vent their deepest prejudices.” She continued, “All bets are off since the president, and others in his party, are so public in their vitriol about those who don’t support their political agenda.” Jill Caldwell of Helena, Mont., agreed. “When a politician makes inappropriate, hateful and disparaging comments about anything, but especially people, those who are already angry feel justified in acting out on their negative feelings.”

Sixty-three percent of respondents, including Ms. Caldwell, said political rhetoric had affected their personal relationships. “I have been called a heretic, a liberal and a non-orthodox Catholic because I disagree with certain political opinions, not to mention the support of refugees, immigrants and others,” she said. Andrea Pogan of Perrysburg, Ohio, shared that her family has suffered as the result of political rhetoric. “I have two sons who are Trump supporters and it has strained my relationship with them. At first I fought very hard to set politics aside, but one of my sons will not stop bringing it up around me,” said Ms. Pogan. “I cannot help but feel that as a parent I have failed in some profound way. I have decided not to spend Thanksgiving with them.”