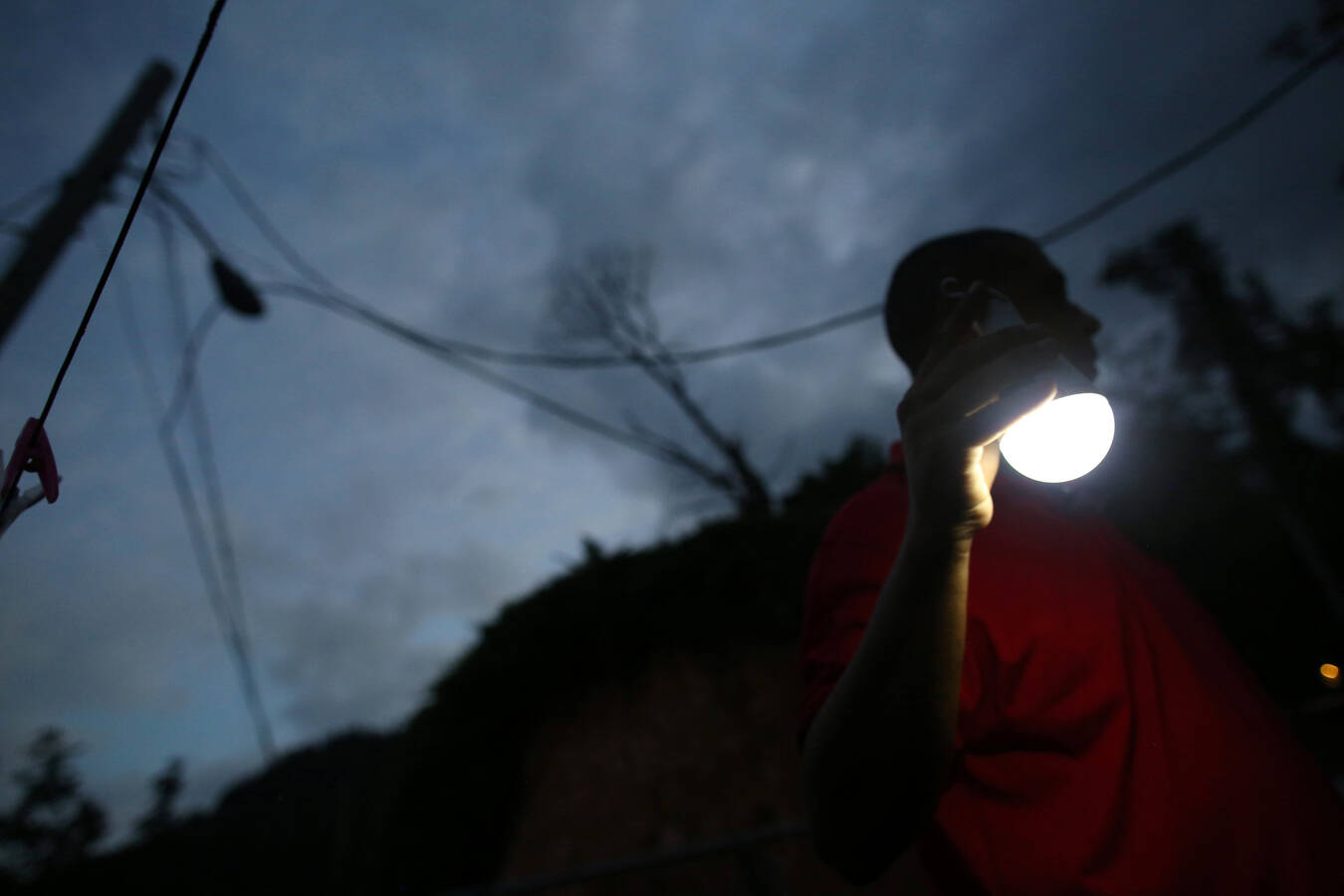 A year after Hurricane Maria, Puerto Rico is still rebuilding

One year after Hurricane Maria tore through Puerto Rico, rebuilding efforts are still in the early phases, according to Eric LeCompte, the executive director of Jubilee USA Network.

“On the ground itself, it’s really mixed depending on where you are on the island,” Mr. LeCompte told America. “You still see blue tarps,” he said, referring to blue plastic tarps relief workers issued as temporary fixes to leaky roofs. Congress has authorized one-third of the estimated $120 billion some estimate Puerto Rico will require for recovery, Mr. LeCompte said.

The Federal Emergency Management Agency reports that power, water and cell service has been restored to more than 99 percent of the island. But Mr. LeCompte said that power is not stable and Puerto Rico still suffers from blackouts. Countless traffic lights still do not work.

“They’re terribly vulnerable. If another hurricane hit, they would be devastated,” he said.

Power is not stable and Puerto Rico still suffers from blackouts.

Gilberto J. Marxuach Torrós, the president of Universidad Sagrado Corazón in San Juan, Puerto Rico, said the university transformed its curriculum in the wake of the hurricanes.

“We had to pick ourselves up quickly to become a sign of hope for the community,” he told America. University students and staff teamed up to serve those affected by the hurricane throughout the island. Psychologists, journalists, nurse practitioners and educators all used their expertise to serve those in need.

“Maria had many lessons for us,” Mr. Marxuach Torrós said. “We began continuing class without electricity, and then our communities became our classrooms.”

This applied learning has now become integral to the university’s offerings. A year later, the university is still helping to rebuild. One program, for example, focuses on strengthening a nearby neighborhood that has historically struggled with poverty and crime.

Access to education is another ongoing issue in Puerto Rico, Mr. Marxuach Torrós said. After the hurricane, more than 300 schools closed for various reasons, including a lack of electricity. Many of them remain closed today.

Migration away from the island, which Mr. LeCompte said continues, could lead to more schools closing. Even before the hurricane, thechild poverty rate in Puerto Rico hovered near 60 percent, he said.

After the hurricane, more than 300 schools closed for various reasons, including a lack of electricity. Many of them remain closed today.

“There’s no doubt that Congress is not paying enough attention to Puerto Rico,” Mr. LeCompte said. In 2006, Congress ended tax incentives that had encouraged pharmaceutical companies to do business in Puerto Rico. Many companies left.

This development, along with unscrupulous lending practices, helps explain Puerto Rico’s complicated debt crisis, Mr. LeCompte said. The $72 billion debt is part of the reason Puerto Rico has had a difficult time recovering.

How a rural Catholic Church is serving survivors of Hurricane Maria in Puerto Rico
J.D. Long-García

“It continues to struggle as it rebuilds,” Mr. LeCompte said. “We’re looking at a terrible situation made worse by the debt crisis. The reality is that the only way for Puerto Rico to grow is to see significant debt relief.”

But Mr. Marxuach Torrós said Puerto Ricans remain hopeful. He sees the rebuilding of Puerto Rico as an opportunity to build it right, with renewable energy, stronger infrastructure and a people who are in solidarity.

“There is enthusiasm here,” he said. “We have been through a lot, but this is what we have to do. There is no alternative. We have to rebuild a better Puerto Rico and move forward.”

Whatever is built needs to be built assuming another category 4 or 5 hurricane in another 10 or 20 years. Schools and churches can be built to withstand category 5 hurricanes. They can be used as shelters and temporary living quarters during catastrophes. Houses can be either be built to be hurricane resistant or disposable. Centralized energy is not practical. Solar, wind and batteries should be used to support a decentralized net of microgrids. These should be built to survive hurricanes as well.

Rather than "unscrupulous lending practices" the reality is that it was the government's "unsound borrowing practices". Importantly, the borrower and lender were playing a game of chicken and the Federal Government was going to be the patsy. The music stopped in the Obama Administration.
As it really was a game of "chicken" and to any unbiased observer the borrower was incapable of paying at the time credit was extended, the bondholders essentially rendered Puerto Rico insolvent.