Nuba church ‘a sign of hope’ after staying through difficult times

Nuba church ‘a sign of hope’ after staying through difficult times 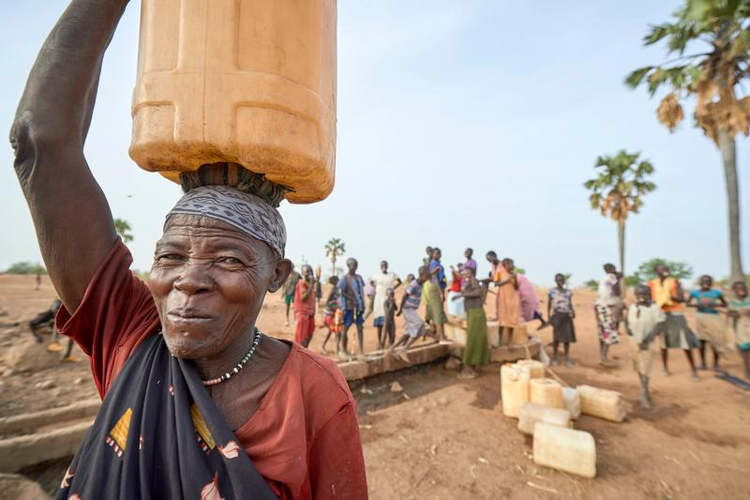 A woman carries water from a well in Lugi, a village in the Nuba Mountains of Sudan. The area is controlled by the Sudan People's Liberation Movement-North, and frequently attacked by the military of Sudan. Catholic Church workers have accompanied people in the region, experiencing the same challenges as the people they serve. (CNS photo/Paul Jeffrey)

NUBA MOUNTAINS, Sudan (CNS) -- The Nuba Mountains region in southern Sudan is a land the world has largely forgotten, except for the Catholic Church, which for more than three decades has stood with the people as they endured hunger, bombing and neglect.

"There was nothing in the Nuba Mountains, no salt, no soap, no clothes. Then Bishop Macram started coming, bringing supplies, helping the people survive," said Father Thomas Tiscornia, a Maryknoll priest from Hoboken, New Jersey, referring to Bishop Macram Max Gassis of El Obeid, Sudan, who now is retired.

"Then he started bringing in books and began a primary school in Kauda. He dug wells so people would have clean water. After that came the hospital and the clinics. Bishop Macram brought dignity and life to the Nuba people," Father Tiscornia told Catholic News Service.

Sudanese bishop: Despite being many tribes, people are, first of all, Nuba
Paul Jeffrey - Catholic News Service

The priest has served three stints as ministering and teaching in the Nuba Mountains, a liberated region in Sudan that borders neighboring South Sudan. The rebels who control the territory have fought a decades-long struggle against the government in Khartoum.

Church workers in the region have shared the same risks as the people they serve.

"The whole ministry of the church has focused on being present, on saying to the people, 'You're important. You're loved.' We were there to be with the people and share their fate, even if it meant diving into foxholes when the Antonovs appeared overhead," Father Tiscornia said, referring to Russian-made planes the Sudanese Armed Forces has used to bomb civilian targets.

Father Daniel Tutu Kuku, a Nuba himself, is a priest in Heiban, where he survived years of bombing.

"The job of the priest is to stay with the people, to gather them, to pray with them, to encourage them. If we run away, what good are we? We have to die with our people, on the ground. Not to run away. We are not cowards," he told CNS.

Comboni Sister Angelina Nyakuru has served for a decade as head nurse at the Mother of Mercy Hospital in Gidel, where she learned to trust the instincts of children to stay safe.

"The children have better hearing, so they hear the planes first. I see them running and my body starts running as well. If they hear the bombs falling before I get to the foxhole, they yell at me, 'Sister, lay down,' and I hit the ground," she said.

Sister Nyakuru, a native of Uganda, said the children also convinced her to wear her gray habit rather than her white one during periods of bombing, claiming it makes her less of a target.

A partial cease-fire since early 2016 has stopped the bombing of Nuba communities.

John Ashworth, a former Mill Hill missionary priest who serves as an adviser to the Catholic bishops in Sudan and South Sudan, said the church is in a unique situation to help the Nuba people.

"The United Nations and most international agencies only go where it's safe and easy. Although they think they're working under terrible hardship conditions, when it gets dangerous, they declare level four and evacuate. If the government pressures them, they leave. We in the church don't work under those restraints, and we accept the risk that comes with maintaining our presence in difficult settings," said Ashworth, who ministered as a priest in the Nuba Mountains in the 1980s.

Push came to shove for church workers in the region in 2011, when Bishop Gassis ordered all foreigners working for the church to leave. That included priests, sisters, nurses, engineers and teachers. He sent three planes to clandestine airstrips to pluck them out. Not everyone obeyed.

Sister Nyakuru was one who refused, even though her Comboni provincial superior ordered her out. She went over her head and called the order's superior general on a satellite phone.

"I told her that if I had to leave, to not let me return because it would be bad to leave and then, once the situation got better, to come back," Sister Nyakuru said. "That means if there's trouble I run, and if not, I stay. I said I wouldn't do that."

The whole ministry of the church has focused on being present, on saying to the people, 'You're important. You're loved.'

Her appeal worked, and she remained at the hospital with Dr. Tom Catena, a U.S. lay missionary who also refused to leave. Several other priests and religious brothers also stayed despite the bishop's order.

Bishop Gassis said he was moved by the refusal of some to leave.

"I wanted to evacuate them because I was afraid for their lives. But they said to me, 'Bishop, do not take us out. We are with the people. If they take shelter in the caves, we will accompany them. We share their lives and their fate, so please don't take us out.' That was the biggest lesson I learned as a bishop," he said.

Sister Nyakuru said there was no hesitation among her religious colleagues.

"If we run away, what kind of shepherds are we? The whole team of priests and sisters, along with Dr. Tom, decided to stay. For the people it was a great sign of hope. They knew they weren't alone, that the church was with them," she said.

The evacuation of so many foreign specialists, however, left the hospital in particular short of qualified staff. The evacuation flights were kept secret ahead of time to keep Khartoum from attacking the planes, and on the morning of June 16, 2011, several inexperienced Nuba nursing aides came to work at the hospital. They were informed that, in the absence of the foreign staff, they had been promoted to heads of departments. As those wounded by the bombings started arriving in droves, Sister Nyakuru and Catena instructed them in basic nursing skills. No one slept much for months.

In the years since, many of those aides went on to study nursing at a school in South Sudan run by Solidarity with South Sudan, and they've come home to the Nuba to assume responsibility for running much of the hospital. Sister Nyakuru said she is slowly working herself out of a job.

"This is the strategy of Comboni, to save Africa with Africans, to save the Nuba Mountains with Nuba, to empower local people so that they can run the show and you can move on," she said. "We're not quite there yet, but we've made progress in fulfilling the dream of Comboni. The church has grown deep roots among the Nuba people, all because we insisted on staying with the people during their difficult moments." 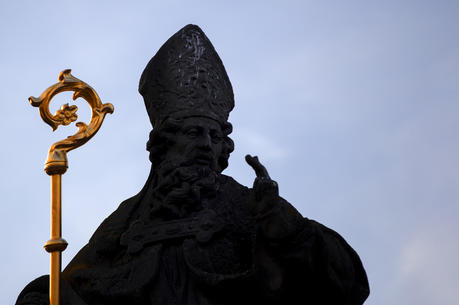