How should the legality of abortion be determined? 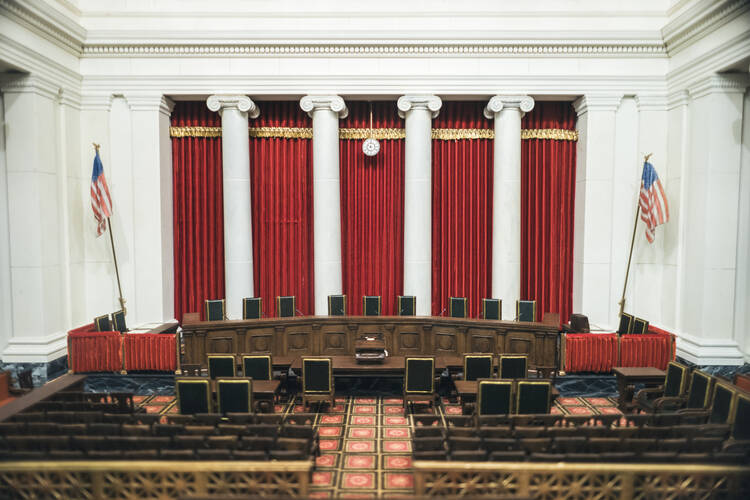 In answer to the above question, the largest share of respondents (30 percent) told America that the legality of abortion should be determined by the Supreme Court, as it currently is. “The Supreme Court focuses on the intention and constitutionality of law, but under the premise that new information and interpretation is always relevant,” wrote Jaime Piernicky of Omaha, Neb. “The Supreme Court (in theory) is free to be more objective.” Debra Lukacsko of Hardyston Township, N.J., concurred: “There should be one law for the entire nation. It should not be a state by state decision.”

Twenty percent of respondents argued a constitutional amendment would be a better method to determine the legality of abortion. Michael Mullen of Laguna Woods, Calif., explained that he gave this answer because “I think this is the most potentially permanent and effective means of change.”

Alternatively, 19 percent of respondents proposed that the legality of abortion should be determined by statewide referenda. “A vote of the people would give the law more legitimacy than the other options,” said Marion Eagen of Clark’s Green, Pa. Karen Stigers of Kansas City, Kan., agreed: “Elected officials frequently disregard the desires of their voters, so give the decision directly to them.”

Roe vs. Wade as well as Obergefell v. Hodges should be overturned for they violated the 10th Ammendment. Where in the Constitution or the writings of the founding fathers did the power to rule on abortion or "homo-marriage" reside with the federal govt? As evil as the two acts are, and no Catholic in good conscience can endorse them, on a political level, these two evils reside at the state level. "The powers not delegated to the United States by the Constitution, nor prohibited by it to the States, are reserved to the States respectively, or to the people."

The Constitution is clear. But the federal government and the powerful forces that feed from it have concentrated power for their benefit.

Death of the innocent is a gross injustice, no matter if it is determined by the vote of judges, politicians or common citizens. Evil is evil.

Slavery had the approval of the SCOTUS and the population in general as recent as the second part of the 19th century. Never underestimate the power of ignorance and the lack of empathy.

Most Americans, including most US Catholics, believe abortion should remain legal. Hopefully, Kavanaugh will not be confirmed before the midterm elections, at which time Democrats may be able to flip the congress and stop his confirmation..