Are you proud of the United States? 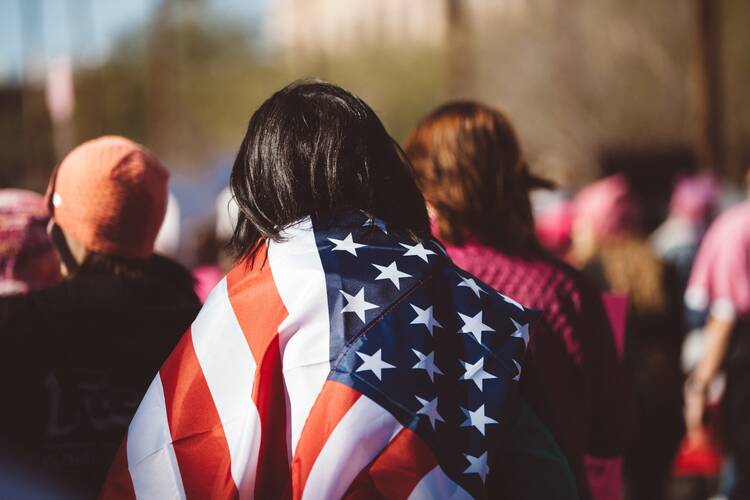 Photo by Josh Johnson on Unsplash.

In answer to the question above, 75 percent of respondents told us that they were not proud of the United States. Some said they had never been proud of the country. For example, Joshua Smith of Denver, Colo., wrote, “America’s history of slavery, genocide and imperialism has eclipsed anything we’ve done that I could possibly be proud of.”

But the majority of respondents in this category described losing pride in the United States under the current administration. “My American pride diminishes daily under Trump,” Deborah Patrick of Palmer, Alaska, told America. “We are allowing atrocities and irreparable harm to come to immigrant children. We have become a symbol of failed democracy and hatred to the rest of the world.”

The Editors: Patriotism loses its meaning when it is used as a political weapon
The Editors

David Hunt of Charleston, S.C., had a similar message: “I used to be proud. But I cannot be proud of a nation that separates families, ignores the plight of the poor and the sick and demonizes minorities. This flies in the face of everything this nation was meant to stand for.”

Twenty-five percent of respondents said they were proud of the United States. Some who gave this answer identified themselves as children of immigrants. Aaron Piotrowski of Northampton, Mass., told America: “I’m third-generation American, and my family believed in the values of this country when they came here in 1912. It wasn’t perfect then, and it isn’t perfect now, but we all still believe in the values that made us move here.”

Other respondents explained that they separated pride for their country from their feelings about the current administration. “I am proud of our country; horribly dismayed, angry and disgusted with our leadership,” wrote Bob Hudd of Bay City, Minn. 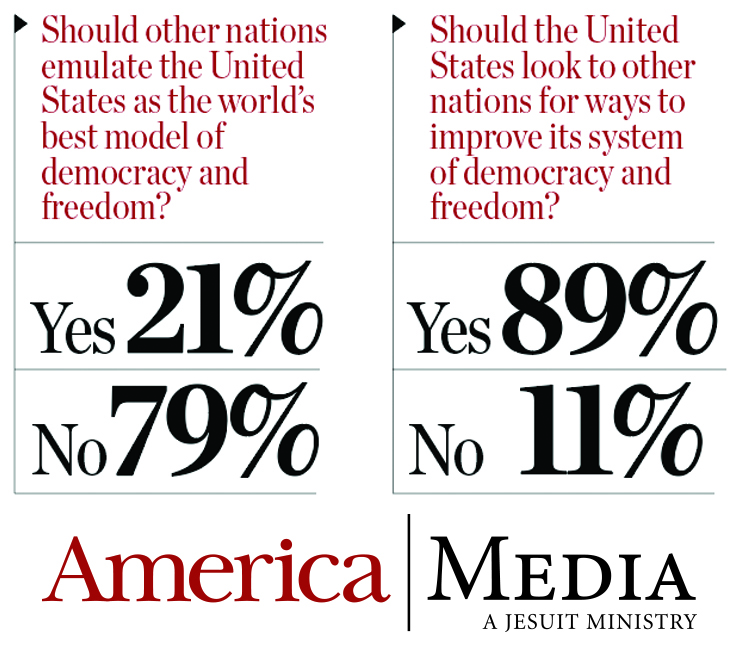 I'm very pleased with the America-centric values that our President is promoting everyday, and especially that he's pro-Life.

Trump is not pro-life. He wouldn't be ripping children from their families if he was pro-life. Try again. America-centric attitudes are dangerous. He is not a patriot, he's a fascist.