Not everything is bad news in public discourse 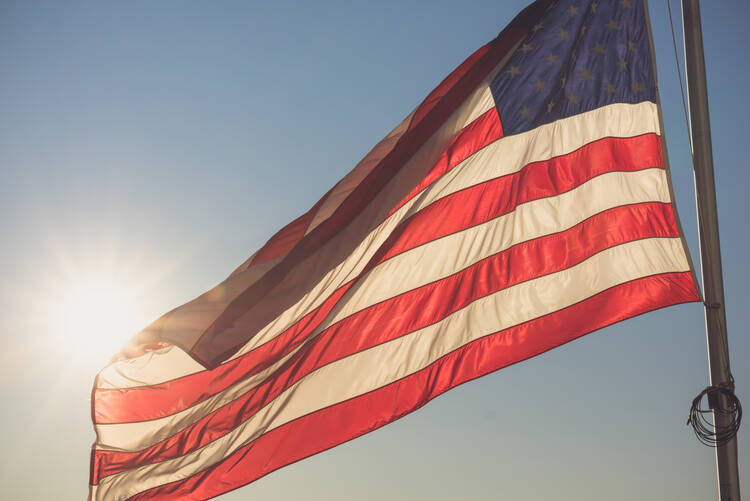 For the record, there are good things happening. (Photo via iStock)

The examination of conscience is a useful exercise, that short period of reflection and prayer when we ask God to reveal to us the lights and shadows, graces and sins in our lives. The prayer was a favorite of St. Ignatius Loyola, so much so that he is reputed to have said that even if a Jesuit misses every other prayer obligation on a given day, he should never skip the examination. I wish I could say I have never missed it, mainly because I find the examination, or Examen, as Ignatius called his version, incredibly valuable. This column, in fact, is one of its fruits.

I realized recently that I have been very critical in this space about the character and direction of the public discourse. Such criticism is not unwarranted, of course. The state of the public discourse is bad and getting worse. But I was also reminded of one of the 10 principles of the Catholic Social Media Compact, which I wrote about here earlier this year and to which America is committed: “We will, as far as possible, identify and celebrate the good, the true and the beautiful as much as we name and challenge what is immoral, unjust or evil.” So, this column is an attempt to atone for my not having done enough of that, at least in this space.

For the record, there are good things happening. Hundreds of organizations across the country are doing the hard work of bringing people together for civil debate and thoughtful reflection. In addition to our modest efforts at America Media, there are people like John Carr, who leads the Initiative on Catholic Social Thought and Public Life at Georgetown University. His team is helping to bridge divides in the capital of our national divisions—not easily done, but they are trying and largely succeeding. I also think of the new PBS talk show “In Principle,” hosted by Amy Holmes and Michael Gerson, which includes guests from politics, the arts and the academy who occupy positions across the ideological spectrum.

But one recent effort to renew the civic dialogue stands out among the others. This summer, for the fifth year in a row, a diverse group of some of the brightest minds in the nation will convene in the town of Kent, an Arcadian hamlet in western Connecticut that is home to the prestigious Kent School. Billed as “a festival of ideas,” Kent Presents brings opinion leaders and public intellectuals to a place where the citizens are almost evenly divided between Republicans and Democrats, in order to have a dialogue that bridges our divisions, political and otherwise. It is the brainchild of Donna and Ben Rosen. Mr. Rosen is a former venture capitalist and chairman emeritus of Compaq Computer. Mrs. Rosen owns a gallery for contemporary art in New Orleans and is a board member of the Whitney Museum of American Art. A few years ago, the Rosens adopted Kent as a hometown of sorts and decided to put their hefty Rolodexes to work for the people there. And the benefit is a two-fer: Attendees are treated to a smart, civil dialogue about major issues of our time, and Kent-area charities are the beneficiaries of the proceeds from the ticket sales.

Kent Presents brings opinion leaders and public intellectuals to a place where the citizens are almost evenly divided between Republicans and Democrats.

In addition to a board of advisers that includes Stephen Sondheim and Henry Kissinger (I am guessing that this might be the first board they have served on together), previous panelists and presenters include the former Bush advisor Nicholas Burns, the former Obama adviser Stephanie Cutter and cultural leaders like Jen Homans, the distinguished founder of the Center for Ballet and the Arts at New York University. Last year, Ambassador Burns interviewed Secretary Kissinger about the future of U.S. China policy, which was a tour de force, if equal parts scary and hopeful. But the highlight was a panel discussion about the future of American politics, which featured, among others, the liberal New York Times columnist Charles Blow and the conservative Trump administration economic advisor Larry Kudlow. Whatever one thinks about their views, there are not many places in the country where those two would be invited to share a stage.

And that’s the point. In the hyperpartisan, polarized world in which we live, it is a success just to have two people in a room who disagree with each other and do so civilly. Admittedly, there was a boo or two from the audience at the mention of the president’s name, but it stood out because the heckles struck a dissonant chord with the spirit of the event. As I have said before, I live in a pretty big glass house, so I am reluctant to throw stones. But perhaps those few boo-ers will make their own examinations of conscience and realize, as the saying goes, that it is “better to light a candle than to curse the darkness.”

Kent Presents is a small flame in a very dusky world, but I am grateful to them and to the many people throughout this country who are doing their part to light the way.

Sounds like a model for America, the magazine, to follow. May I suggest articles based on evidence and logic and not primarily emotion based.

No offense J. Cosgrove, but enough with the cliché about not basing articles [or beliefs] on emotions. Emotions can be the result of evidence and reasoning [if not logic]. If a dog bites a man, I will feel empathy and sorrow for the suffering victim. And may express it, and not much more then this feeling of empathy, sorrow and solidarity with the victim will be the result. But if a man commands a dog to bite a human being [absence a very real threat the man imminently poses to others] then, in addition to the emotion of empathy and sorry for the victim, I now also have the emotion of moral outrage at what has occurred. This is a strongly felt emotion and it is this strongly felt emotion that prompts further action and further consideration including perhaps writing an article about the incident. Emotions do not necessarily negate logic and or evidence but can be caused or augmented precisely because of evidence and of ones reason; ones moral reasoning. As a matter of fact strong emotions prompting action, usually ARE the result of [moral] reasoning or perceptions. [ albeit faulty reasoning or faulty evidence].

Not a cliché. It is a logical fallacy to base an argument primarily on emotion. My guess is that about 80% of America's positions are emotion based. Nothing wrong with emotion and it is nearly always based on something perceived but these perceptions may not be valid ones. Providing an argument that is emotion based without evidence and reason is tantamount to admitting that the argument is invalid. It may still persuade but be invalid.

Some examples of America, the magazine, arguments based on emotions are race, gun control, immigration, the plight of many of the Palestinians etc. Mixed in with all these arguments are unfortunate occurrences, often devastating, which are presented as evidence of something horribly wrong but nearly always the correlation is not substantiated in a valid way. One will never solve a problem if it is not understood correctly?

Thank you Fr Malone. My family reads America Magazine at home together every so often, and we avoid all other internet news sites other than Vatican News and Crux Now. We ask of you to consider doing what Cruxnow did: close these comments sections. They are a millstone to your website and though we financially tithe to our parish and give also to Cruxnow, we have not given to AM because of the awful discord on these forums. AM website is often a source of disonnance and flat out evil because of the comments section. While the articles are usually edifying, the comments often found here are embarassing and make us regret we visited.

Keep up the great Jesuitical work!

I don't think that Fr. Malone correctly identified the partisan divide in this country. It is not between conservatives and liberals or Republicans and Democrats. The real divide in our country is simply between those who believe in truth and reason, and those who believe in fiction and ignorance. Intellectual discussion in Kent, Connecticut, or anywhere is always useful, but it won't solve the partisan divide. Ask yourself; Do you believe in climate change? In income inequality? In people having good affordable healthcare? In racial harmony? In civil justice? In the dignity of immigrants? In civil discourse? Most liberals and conservatives would answer yes to all of these questions even if they have differing ways of achieving outcomes. But sadly today you have a larger and larger percentage of the population, who like to remain ignorant and are easily led to believe fiction. I don't believe that this divide ends well for our country. It may be a time to emphasize prayer over intellectual discussion.

A discussion of truth and reason? I'm not sure America, the magazine, wants that. Nearly all the articles are based on emotion.

This is the website to get the recycle bin windows 10 here.