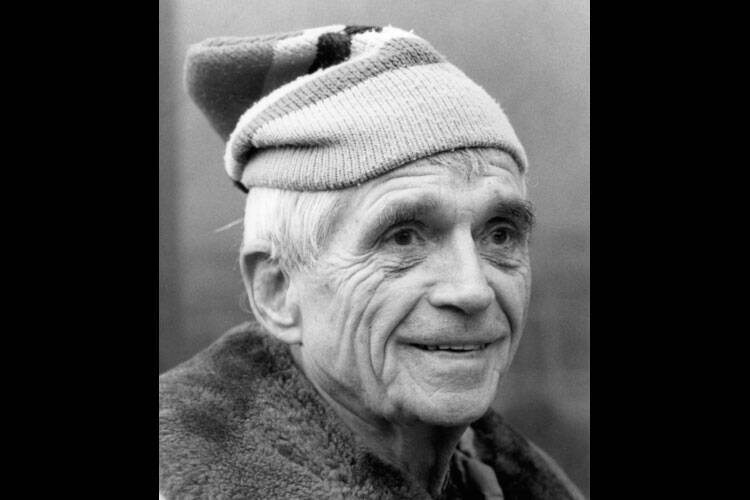 On May 17, 1968, nine Catholic peace activists burned draft files in an act of protest against the Vietnam War. During their ensuing trial, the Catonsville Nine appealed repeatedly to God’s higher law and defended their actions as required by their conscience and religious convictions. The judge, however, refused to allow the jury to consider this defense, and they were found guilty.

This excerpt from America’s report of the trial (10/26/68) relates a “most unusual colloquy” between the defendants and the judge. Though neither side managed to convince the other, they reached a moment of significant understanding despite substantive moral disagreements. “Colloquy” is the term St. Ignatius uses for conversation with God in prayer, the way “one friend speaks to another.” As the United States continues to be divided over protests, it is also a reminder of the reasons for hope.

Just before the verdict was returned, however, a most unusual colloquy took place…

[Fr. Daniel Berrigan] told the judge that the nine were having great difficulty adjusting to a courtroom from which the issues that most concerned them were excluded. He compared the trial to an autopsy in which the defendants were dismembered to see if they had souls…. Judge Thomsen then repeated a statement he had made several times during the trial, namely, that he admired the sense of vocation that had prompted the nine to act, but that he had a job to do, a job to which he was bound by a long tradition of law….

When Fr. Berrigan replied that the law effectively excluded the enormous question of personal conscience from the courtroom, Judge Thomsen abandoned the formality of the bench and answered him simply as a private citizen. “I would be a funny sort of man if I were not moved by the sincerity of your views,” he said. “I am sure that many people have been moved by them. I doubt that many of the jurors have any enthusiasm for the work they have to do.” It was very clear to him, he said, that the majority of the American people wished to terminate the war in Vietnam. The question was how best to do it. “I don't know how to do it,” the judge admitted. “I will vote in the election for the men who may know how to do it.”
...

Fr. Daniel Berrigan stepped forward and spoke to the judge. “We wanted to thank you, your honor. We are not seeking mercy, we accept the rigors of the court, we only wish to be useful to the poor of the world.” He paused, then made a request that startled the judge. “Would you mind if we closed with the Our Father?” Judge Thomsen rocked back in his chair for a moment, silent, thoughtful. He saw U.S. Attorney Stephen Sachs at the back of the courtroom and passed the request to him. “Before ruling,” the judge said, “I would like to consult the chief legal officer of the United States in this district.” Mr. Sachs, an intense, extremely competent young lawyer, strode toward the front of the courtroom with his head down and his hands jammed deep in his pockets. By the time he reached the defendants’ seats, he had made his decision. “The government has no objection, your honor. In fact, it rather welcomes the idea.”

The entire courtroom, including the judge and the prosecuting attorneys, rose as one. When the defendants began the prayer, the audience, which was packed with their families and friends, prayed with them. Some of the spectators joined hands and several women burst into tears. As the ancient phrases of praise and petition echoed through the hushed chamber, the legal proceeding of the United States of America versus the Catonsville Nine indeed became the religious event that, for the defendants, it had been all along.

Thomas M. Gannon, S.J., was a member of the America editorial board during the summer of 1968.

If nothing else Dan Berrigan was the master and chief priest of high theater. He was a man who made certain that concern for the poor was best served by maintaining the cameras upon his own gloriousity whenever possible. "Blessed are those who seek the limelight." This was not at all a religious event. It was a secular event manipulated by so called religious who use their perceived standing so as to obtain an edge in a secular debate. Not Christ at all but, as is usually the case, man. One would need to be very foolish to refer to this as a religious event.