“America” is not a synonym for the United States 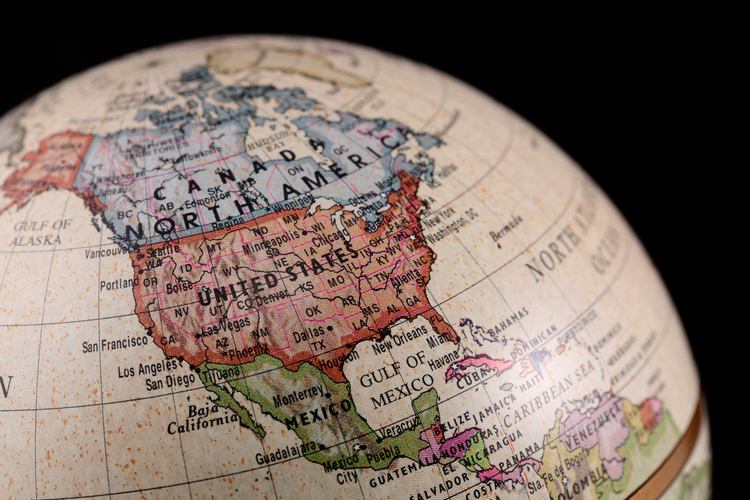 I mention all this because in common parlance “America” is often synonymous with “United States” and excludes our neighbors to the north and south. Perhaps this is just a homonymic accident, but I suspect that a collective myopia is also at work. That is unfortunate, for such shortsightedness prevents the United States from fulfilling the duties and seizing the opportunities that come from its membership in this hemispheric community. Those opportunities are great. As President John F. Kennedy once observed, the United States shares more than a land mass with our nearest neighbors. “This New World of ours,” he said in 1961, “is not a mere accident of geography. Our continents are bound together by a common history, the endless exploration of new frontiers.... And our people share a common heritage, the quest for the dignity and the freedom of man.”

From its founding, the name of this review has signified a social and political reality that transcends the borders of the United States.

That shared history and aspiration make the announcement that the Trump administration will end the program of Deferred Action for Childhood Arrivals (DACA) all the more morally egregious and in practice self-defeating. The so-called Dreamers came to this country through no choice of their own, brought here by parents who often feared for their lives. As a nation of immigrants, drawn from every quarter of the globe, the United States has a moral duty to ensure that the bridge of opportunity our forebears crossed is not burned behind us in a moment of panicked xenophobia. Historically speaking, the distinction between those who came legally and those who do not is today a distinction without a real difference. There were no laws against immigration from most countries for much of U.S. history. Saying that one’s forebears came legally is akin to saying that one’s grandfather is to be congratulated for not breaking the speed limit on the autobahn.

For Catholics, the obligation to welcome the stranger, who is in fact our neighbor, is even more compelling. “We are more responsible than our non-Catholic fellow citizens,” the editors wrote in that first editorial, “for the welfare of thousands of immigrants of our own religion who come to us weekly, and for their amalgamation into the national life.” This is as true today as it was then, not just because the new immigrants are our fellow Catholics but because the moral imperative of the Scriptures is so clear.

For Catholics, the obligation to welcome the stranger, who is in fact our neighbor, is even more compelling.

You could also be forgiven for thinking that the whole question of the role of Latinos in the life of the Catholic Church and the United States principally concerns the question of immigration. And yet it does not. Latinos “are [this country’s] latest immigrant wave to transform the country,” Antonio De Loera-Brust writes in this issue, “but some have lived in this land since before the United States existed.” Indeed, the first non-indigenous language spoken in what became the United States was Spanish, not English, and two-thirds of Latino Catholics in the United States today were born in the United States. The Latino experience is not only about the future of the church, therefore, but its past and present as well. Yet too often members of the church think of the Latino experience strictly in terms of immigration, ignoring the equally difficult problems of overrepresentation in the criminal justice system and underrepresentation in the Catholic education system.

For these reasons the present issue of America kicks off a multiyear initiative in which we will examine the future of the church in the United States and how to incorporate Latino Catholics fully into ecclesial life. I am grateful to the private foundation that is funding this program and to our senior editor, J.D. Long-García, who is not only overseeing the editorial content related to this initiative but the series of events, videos and podcasts that are also a part of it. This initiative will also form a part of the ecclesial conversation taking place during the Fifth Encuentro Initiative sponsored by the U.S. Conference of Catholic Bishops.

“True to its name and to its character as a Catholic review,” the first editors wrote, “America will be cosmopolitan not only in contents but also in spirit.” Our hope is that America the country will also better understand its obligations to all those who reside within its borders and will begin anew to look beyond its borders, to those neighbors and friends who are, in a fundamental way, our fellow Americans.

Astounding, this: The balkanization of Catholicism as a sign of inclusive love!! Oh, yes, orwellian and didactic dialogue as social conscience confabricating the cries of bourgeoisie insecurity as an inclusive construct. Keep it coming, please!!

My mother’s Irish-origin family stopped speaking to her when she married my Italian-origin father. Reconciliation happened when I was conceived and born, at least that’s the story that I have figured out from snippets of family gossip.

A friend lives in a parish where the discussion was how the parish would react if they introduced a Spanish Mass as an addition, not a replacement for an English Mass.

One of my heroes is the Brooklyn priest, Father Bernard Quinn, who started a black Catholic parish to the consternation of some and to the satisfaction of other racist Catholics in the borough.

The depths of prejudices and biases and antipathy to “others” that get inscribed in the comments on this website cannot be plumbed. They are reflective of the same among alleged “good” Catholics nationwide! They are no different than they were 72 years ago. They will be no different 72 years from now.

Keep on writing, Father Malone, because we don’t hear what you say from our pulpits, God forgive us.

Often the statement is made that "immigrants need to come here legally "or "my family came here legally." Many people honestly but incorrectly believe their ancestors came here through some vetting process. This idea that in the past immigrants came here through some vetting process and everyone waited their turn and once here were welcomed is simply not true. What has been considered “legal” has always been a moving target in this country.
For the first century of the country’s existence, anyone could walk right off the boat with no papers of any kind. Coming here “illegally” did not even exist as a concept.
The first real immigration law was enacted in 1882. It prohibited “any convict, lunatic, idiot, or any person unable to take care of himself or herself without becoming a public charge” OR if you were Chinese. It was called the Chinese Exclusion Act. As long as you were physically fit and not Chinese you didn’t need a skill or even speak English and you could "waltz" right in.
At the beginning of the 20th century, there were too many brown, illiterate people coming in — Italians from Southern Europe and Jews from Eastern Europe. In 1924, President Coolidge signed into law the National Origins Act, the primary aim of which was to severely restrict the flow of immigrants from Southern and Eastern Europe. The new law required for the first time that immigrants to the U.S. have visas, introducing for the first time the concept of “having papers” to American immigration policy.
The concept of being an “illegal” immigrant pretty much dates back to 1924 — less than a century ago. For most of American history, coming here “legally” meant next to nothing. So when some say my family came in "legally" they're really not saying much.