What’s the Catholic response to the opioid epidemic? Hope in action. 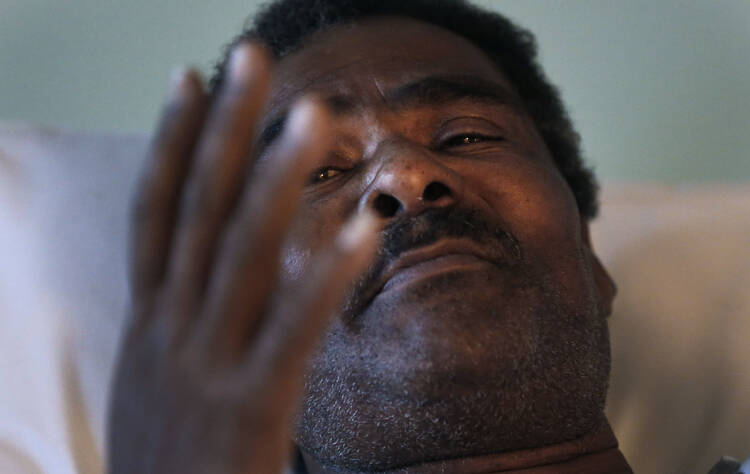 At the shopping plaza a few blocks from my childhood home in Crafton, Pa., someone overdoses from heroin or fentanyl at least once a week. In a neighboring parish where I am an altar server, I sometimes serve at funerals for people who died in their 20s or 30s and see families too devastated and ashamed to acknowledge the cause of death.

Most of the roughly 64,000 drug overdose deaths in the United States in 2016 involved opioids. And drug overdoses are expected to spike in 2017 thanks to the growing use of carfentanil, an elephant tranquilizer 100 times more lethal than fentanyl. Meanwhile, lobbying by the powerful pharmaceutical industry lobby has stymied national and state efforts to stem the flow of black-market prescriptions—even as people die, families are destroyed and communities disintegrate.

The metastatic advance of the opioid epidemic over the past few years has produced frenetic desperation on the ground.

The metastatic advance of the opioid epidemic over the past few years has produced frenetic desperation on the ground. Instead of pursuing long-term preventative strategies like health education and community development, public officials and first responders are forced to focus on simply keeping people alive long enough—through numerous naloxone-fueled revivals—to enter recovery. Recovering addicts are then left to combat the stigma and specter of addiction for the rest of their lives.

Jesus, we are told, “saves.” Is this what salvation looks like in the face of the desperation and suffering epitomized by the opioid crisis? Hopelessness is one option. But it is not the Christian one.

Is this what salvation looks like in the face of the desperation and suffering epitomized by the opioid crisis?

I find hope in Westmoreland County, Pa., a rural area where the overdose death toll just rose for the ninth consecutive year. There, after a series of listening sessions, Bishop Edward Malesic wrote a pastoral letter on the drug abuse crisis, “From Death and Despair to Life and Hope.” The letter calls the Diocese of Greensburg “to reach out in [Jesus’] name to help those who are hurting” through prayer and education. Initiatives include a new bishop’s advisory group composed of experts in the field, diocesan-sponsored educational sessions and prayer services, and preaching tools and intercessory prayers provided by the diocesan office of worship.

I find hope in Carnegie, a blue-collar town in southwestern Pennsylvania, where St. Elizabeth Ann Seton Parish recently launched its HOPE Alliance (“Heroin Outreach, Prevention, and Education”). The effort was spearheaded by the parish’s pastor, the Rev. David Poecking, and a parishioner, Christine Simcic, who says she simply “wanted to make a difference in the world.” The group will listen to the stories of those struggling with addiction and work to remove stigma, build relationships to improve social capital in the community, introduce pastoral counseling for afflicted families and host workshops both for naloxone training and awareness raising.

Hopelessness is one option. But it is not the Christian one.

I find hope in Huntington, W.Va.—a town that made national headlines on Aug. 15, 2016, when 26 people overdosed in the span of four hours—where Dr. Stephen Petrany, informed by his Catholic faith, helps lead efforts to address the crisis. An alumnus of Georgetown School of Medicine and current chairman of the department of family and community health at the Joan C. Edwards School of Medicine of Marshall University, he regularly treats his “fellow brothers and sisters in Christ” struggling with addiction. This often requires a vulnerable willingness on the part of caregivers to “love even when you don’t get loved back,” he tells me.

The Editors: Parishes Should Lead Efforts to Understand Opioid Addiction
The Editors

All three cases demonstrate the strength of Christian hope in the face of the seemingly deterministic nature of the psychological, economic and social tangle that fuels the opioid scourge. It is a hope enlivened by an ever-greater God who alone can fulfill the restlessness of our infinite desires and liberate us from the suffocating narrowness of all addictions.

It is a hope that sanctions the boldness of Catholic social teaching’s vision, most recently articulated in the “integral ecology” of Pope Francis’ encyclical letter “Laudato Si’,” a hope that can marshal the necessary resources to respond to the multifaceted complexity of sin.

It is a hope justified by the transformation of trepidation to courage, sadness to joy and death to new life wrought by the Resurrection, a paschal grammar that allows Christians to gloriously proclaim, “The light shines in the darkness, and the darkness has not overcome it” (Jn 1:5). 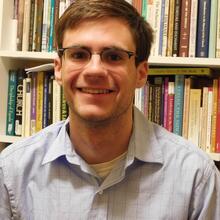 Lucas Briola is a doctoral candidate in systematic theology at The Catholic University of America. He currently coordinates the ecological culture section of the recently formed International Institute for Method in Theology.

This is a very real and tragic problem, but I have to be a bit cynical. Would we be hearing about it in church or the community if it were only an issue in minority communities? Then the answer would be to lock them up.

I grew up in west Harlem in the 50's when heroin addiction struck not only the black community but also the poor white communities still living in those tenements. I attest to the fact that no one in white society gave a damn, in fact abandoned such communities to escape the problem, and everyone joined the chorus to "lock them up." (Your choice of a picture of a person of color to start the article was particularly ironic, reinforcing a stereotype that is not true!)

I also must admit that I have little patience for the addicted. They lie, cheat, scam, dissemble, and destroy the members of their own families in their search for resources to buy drugs. The goodwill and prayers of parish communities are NOT enough to address the issues of addiction. It requires money, lots of money, lots of tax monies, to provide the rehab, psychological, and social resources to help the afflicted and to provide counseling to families which might very well have been the source of the problems that helped create the addicted!

When you have an administration that calls addiction an emergency situation but provides no adequate resources to address the problem, examples such as given in this article make one feel good but they don't resolve the problem. There needs to be a political will and advocacy to get the government to provide the resources. The truth is that those unaffected by the issue refuse to pay up for it, like so many other issues.