The Editors: Parishes Should Lead Efforts to Understand Opioid Addiction

The Editors: Parishes Should Lead Efforts to Understand Opioid Addiction 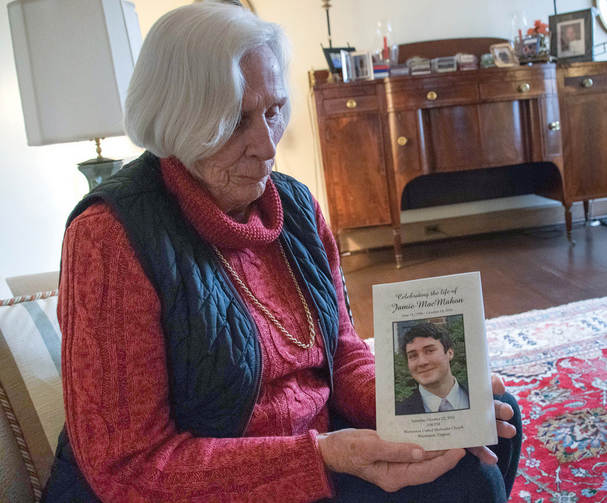 “We can’t just keep reviving people.” Even among the many tragic and shocking stories of the opioid addiction and overdose crisis, a statement as stark as this stands out. Larry Mulligan Jr., the mayor of Middletown, Ohio, was quoted in The Washington Post (July 15) speaking about the frustration felt by first responders who are often reviving the same people from overdose over and over again. He concluded, “We have to address solutions.”

It is worth remembering that the problem of repeated revivals of the same overdose victims is itself a kind of progress, made possible by the availability of drugs like naloxone that allow the effects of an overdose to be rapidly reversed. Yet these medications introduce new problems, from the ballooning cost of this antidote to the question of how to care for people beyond the moment of revival itself.

Some of these challenges require policy changes, like limits on extreme price increases for life-saving drugs. Some providers of naloxone have doubled their prices over the last year; one company has increased the price of an injectable version by more than 600 percent. As the cost of saving lives with naloxone begins to put serious financial strain on local governments, state and federal legislators and regulators must ask if limits on profiteering during a public health crisis are necessary.

The pastoral challenges are just as pressing. According to Sally Satel, resident scholar at the American Enterprise Institute, an estimated 2.5 million Americans abuse or are addicted to opioids. Communities must move beyond simply stopping an overdose in progress. A number of bishops, including J. Michael Miller, C.S.B., of Vancouver, Douglas Crosby, O.M.I., of Hamilton, Ontario, and Edward C. Malesic of Greensburg, Pa., have recently issued pastoral letters on the church’s response to the opioid epidemic. Archbishop Miller wrote that “Jesus would identify himself with those afflicted by mental illness and addiction.”

Catholic Charities has also been on the front lines of the opioid crisis, offering a range of services for addicts and their families and helping to lead community responses. Along with offering social services and educational programs, the church also has a vital role to play in mustering the spiritual energy necessary to respond to the pain and despair that is often at the root of addiction. Whether from the pulpit, in faith-sharing groups or at coffee hour after Mass, parishes should lead the effort to share and understand the experiences of those struggling with addiction, so that we can learn how to offer them not just revival but hope.

I've known a man, now 30, since he was 16. He is from a white upper middle class family with strong Christian values. He was an Eagle Scout. He has come near to death several times with access to cheap heroin when expensive opioids were no longer available to him. He's been in prison several times and in multiple 12 step recovery programs. It's a miracle he's alive, and it has been an indescribable strain on his family. President Obama finally got around to recognizing the national crisis, and allocated funds to treat addicts. But that is not a solution. The medical industry, the pharmaceutical profiteering, and drug use culture itself, combined to create this problem.

Catholic families are suffering at all ages and socio-economic status from opioid - heroin addiction, often because of overprescription by negligent or misinformed doctors. My concern is that someone with a heart for this problem may hesitate to set up an outreach for these families in a local parish or archdiocese because of the fallacy that Catholic Charities has it covered.

I served on a parish council many years ago and am confident that neither the accomplished and committed members that I served with nor our very capable pastor would have had a clue how to follow the recommendations in this editorial.

Amen, brother. I had a similar experience,,.at one of the most affluent and highly educated parishes in Los Angeles and hence the country. I might add this applies to this or any other issue.

Here is a list of 26 policy steps to address the problem: http://www.drugpolicy.org/sites/default/files/Opioid_Response_Plan_041817.pdf A parish council could connect and coordinate with other councils within the diocese to combine resources and ideas to develop a regional approach. Obama has flooded the problem with millions of dollars. Working with government funded programs would be a smart alliance. My point: if council members care, but don't have a clue, a little research can clue them in.

Could well be that I underestimated myself, my colleagues and our late pastor. Still have trepidation just thinking about the harm We might have done by doing something dumb based on partial knowledge and total inexperience.

Naloxone was patented in 1961. This should be a cheap drug. If nothing else, the opioid crisis points out the problem of pharmaceutical companies' profiteering.

I work in healthcare and have been around it since morphine to inject was a tablet mixed with sterile water in a glass syringe. The opioid crisis had its roots in the belief that it is possible to alleviate all pain, even surgical pain. Part of my role in educating people about surgical pain is that I can make the pain tolerable with drugs, but I cannot eliminate it. An odd part about treating post-op pain immediately after surgery is that when I tell someone that I cannot safely give them any more pain medication, they often quit asking and simply fall asleep.

I cannot speak to the problem of addiction because I do not know a lot about it. I do know that it is very difficult to help someone until they want to be helped. I am not sure how parishes can support addiction treatment except to host 12-step meetings.

This article also appeared in print, under the headline “Parishes Should Lead Efforts to Understand Opioid Addiction,” in the August 7, 2017, issue.