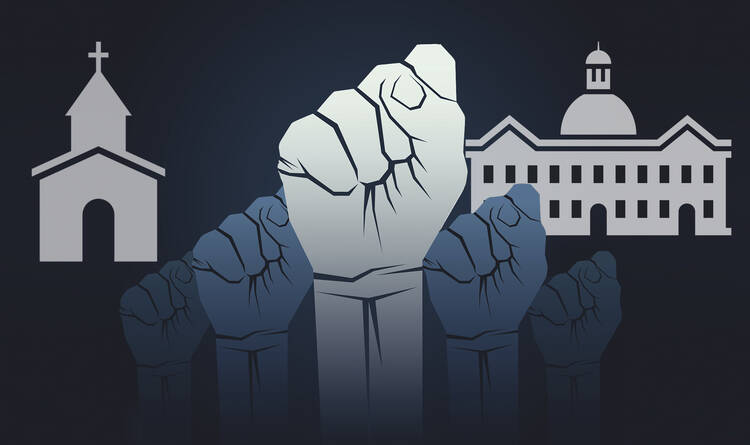 Many Catholic universities have been caught up in battles over the unionization of graduate students and adjunct faculty, even to the point of hearings before the National Labor Relations Board about whether or not a religious university can be compelled to allow its teaching workforce to organize. Fordham University recently resolved one of these standoffs, reaching an agreement to allow a union election among its adjunct faculty, with the university remaining neutral. Proponents of unionization have claimed, with some justification, that university opposition to unionization, or even reluctance, is inconsistent with Catholic social teaching and downright hypocritical.

For their part, Catholic universities still hope to create a campus culture of inclusion and collective governance. They want wide participation of faculty in the management of academic affairs and see the fostering of a faith community as a perennial goal. University leaders argue that the often adversarial relationship between a union and an employer seems inconsistent with what a community of faith, characterized by care for the whole person, aims to accomplish.

Unfortunately, the present structure of faculty employment, rank and tenure makes it all but impossible for adjunct faculty members to participate fully in the university community. Their second-class status gives them little voice in their departments. Excluded from many benefits that accrue to full-timers, including health care, they feel taken advantage of and live with the insecurity of unknown teaching schedules that make it even more challenging to arrange work at yet another institution in order to make ends meet. Peace of mind comes only when, after time, a benevolent department chair offers assurances that they will be needed on a regular basis. A union means an opportunity to collectively address disparities in pay and benefits, issues that both full-time faculty and university administrators have too often ignored.

Is this debate ultimately about the church’s pro-union teaching versus keeping the N.L.R.B. out of questions concerning religious mission and identity? Or is this a matter of management's insensitivity to the plight of its working poor? As in other industries (retail, for example), does an economic calculus require management to preserve cheap labor and avoid, if at all possible, full-time salaries with their costly benefits? In other words, is this about principle or economics?

From an economic standpoint, it can seem that those adjuncts who run from institution to institution to cobble together enough stipends to make a living are simply the poor cousins of a guild system that restricts special admittance to a lucky few. But this is not due simply to universities’ stinginess. The present economic model for tuition-dependent universities forces them to pass on every new cost—every new student service, technology upgrade and government mandate, along with cost-of-living increases and the spiralling cost of health insurance—to the tuition payer. And the sticker price is already above the middle class's wildest dream of discretionary income.

The present economic model forces universities forces them to pass on every new cost—including cost-of-living increases and the spiralling cost of health insurance—to the tuition payer.

Most adjuncts have been excluded from cost-of-living raises earned by full-time faculty—in many cases even during the most difficult years of the recent recession—because they are a “forgotten class” when it comes time to press and bargain for raises and benefits. It is not unusual to hear of adjunct salaries, calibrated on a per-course basis, that have stayed the same over the past decade or even longer.

Professor John Pauly, a former department chair at St. Louis University and dean at Marquette, got it right when he told The National Catholic Reporter last fall that the real culprit in the battle over unionization is the economic model that has led to universities’ dependence on adjuncts and their inability to meet the costs of wages and benefits. Unionization may achieve greater equity within the existing model, but it cannot by itself close the gap between tuition revenue and costs. Until our nation is willing to address that challenge, those squeezed in this economic vise will continue to burn with resentment and justifiable anger. And university presidents will continue to feel the heat. 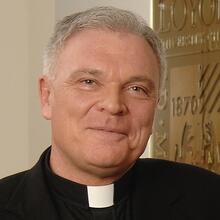 Michael J. Garanzini, S.J., is a visiting research faculty member at Fordham University and the former president and chancellor of Loyola University Chicago. He also serves as the general secretary for higher education for the Society of Jesus.

All this, and the effects of creating a non-tenured faculty on academic freedom and the quality and dependability of academic and career advising. Students deserve better (as do the hard-working academics).

chair and about two hours talking to the Department Secretary.

2% - no health benefit, no retirement.

speak of equality/justice when they run institutions that keep