A conservative Latina discusses racial tensions within the Republican Party 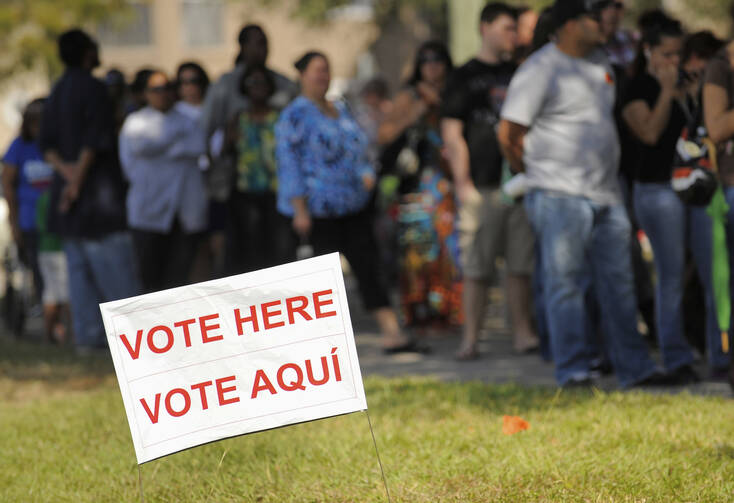 This week’s guest is Dr. Ashleen Menchaca-Bagnulo, an assistant professor of political science at Texas State University in San Marcos, Tex. She joins the show to discuss her latest article for America: “I’m a Conservative Latina. Is there a place for me in Trump’s Republican Party after Charlottesville?” In her piece, Dr. Menchaca-Bagnulo explores the tensions of being a person of color in an Republican Party. “On the right there’s always been a tendency to have significant problems with race and with racial identity,” she says. Dr. Menchaca-Bagnulo argues this long-running problem is now a crisis for the conservative movement and the Republican Party.

I’m a conservative Latina. Is there a place for me in Trump’s Republican Party after Charlottesville?
Ashleen Menchaca-Bagnulo

Dr. Menchaca-Bagnulo cites her own personal experiences, as well as the experiences of her students and family, as evidence for the newfound sense of racism as acceptable. “We had students that were spat on after the election, students who had their hair pulled, students who were told to go back to Mexico,” she told America.

Nevertheless, Dr. Menchaca-Bagnulo makes clear she still considers herself a conservative. But she noted, “If the right is going to be arguing that the family is a fundamental unit of society and children need a mother and father, why are you going to deport parents of citizen children?”