Adoration Economy: Where we pay attention, we lend our power. 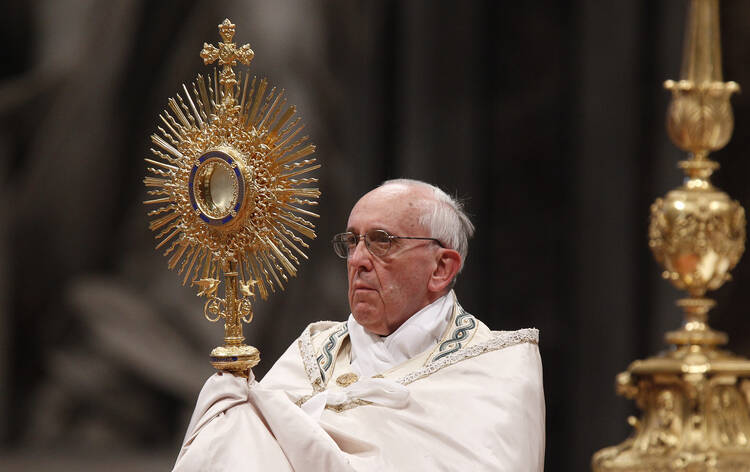 In Joan Didion’s account of the notorious 1989 Central Park jogger case, she refers in passing to the reaction of Donald J. Trump—then merely a flamboyant real-estate developer—to protests against his calls for hastily executing the (wrongly) accused rapists, five black and Latino teenagers. “I don’t mind if they picket,” Mr. Trump told The New York Times. “I like pickets.”

The day after his inauguration, what was likely the largest simultaneous protest in U.S. history took place in cities around the country; one can extrapolate to imagine how little it troubled him.

Politics is not merely a struggle over the command of people. It is a quest to command attention. Good attention, bad attention—the kind matters less than its constancy. The current powers that be have made this more evident than usual. Dissidents might take pause in noticing that, whether one is pro-Trump or anti-Trump—reveling in one of his effervescent rallies or taking a stand in protest—one is still transacting in the attention economy of Mr. Trump. If you are ever-awaiting his next tweet, you’re caught in that power.

Christianity is a religion of attention. Whom does one notice, the beggar or the pharisee?

Christianity is a religion of attention. Attention matters maybe even more than faith, more than works. Attention binds them together. Whom does one notice, the beggar or the pharisee? Which stories does one tell? What verses and scenes do we hold in our hearts? For us, images are not graven if they rightly orient us, if they steer our attention to the God of love. And this religion makes totalizing claims on headspace. As the hymn goes, “How the heavenly anthem drowns all music but its own.”

That heavenly anthem has had unusually loud competition from politicians lately. But we still have a choice to put our attention elsewhere, and I am grateful that I’m not alone in trying to choose.

There’s no rule at my parish that the candlelit adoration before Tuesday night Mass is for college students, but they are mainly who come—they and a few young nuns in habits. Some sit, some kneel. Some read, some stare at the ceiling. Some look at their glowing phones; they’re young enough, I guess, not to consider the devices profane. The choir practices downstairs, their muted sound emanating faintly from behind the Eucharist on the altar. Some listen, some don’t. What you do doesn’t matter so much as whom you do it with.

One student comes to her pew, and a friend asks how she is. “Life,” she says. “Life is happening.”

I do a lot of looking around. The students’ distractions, somehow, all seem to point toward the one thing we have in common, the thing that brought us here. I would be more distracted if it weren’t for them; for the reminder that each of them represents that we do have a choice in what we adore. As the time of Mass nears, our numbers grow from a few to dozens, and then dozens more. I feel the wood beneath me. I am here.

Seeing matters, too. I take off my glasses and can’t see the monstrance, only the glowing candle fires around it, and I have to put them back on. If I were blind, probably the Presence would feel like something else to me. But since I can see, I need to be able to see it—to see Him, the Body, the Criminal.

Where we pay attention, we lend our power.

The novelist Iris Murdoch devoted the last of her philosophical treatises to the moral import of how we learn and choose to pay attention. “The idea of attention or contemplation, of looking carefully at something and holding it before the mind, may be conveyed early on in childhood,” she wrote. She imagined a parent pointing certain things out (and not others) to a child: “‘Look, listen, isn’t that pretty, isn’t that nice?’ Also, ‘Don’t touch!’”

She went on, “This is moral training as well as preparation for a pleasurable life.”

This is religious training, too, and preparation for a political life.

When I converted to Catholicism, I didn't realize I had to become a certain 'type' of Catholic
Nathan Schneider

Where we pay attention, we lend our power. We cannot simply ignore power away, however; vigilance over authorities requires attention, too. Yet even vigilance, like protest, can be a kind of fealty.

I do not know what you think about the politics of the present—about the president, for instance—any more than I know what the students were doing on their phones at adoration. This is a time of enthusiasms, of all-absorbing demands on our attention. From whatever direction we look, it’s an especially hard moment to keep our eyes on the center, on the God of love, the body of the Criminal; but for a decent politics, we must.