The Associated Press is a joint media venture. Maybe Twitter should be too. 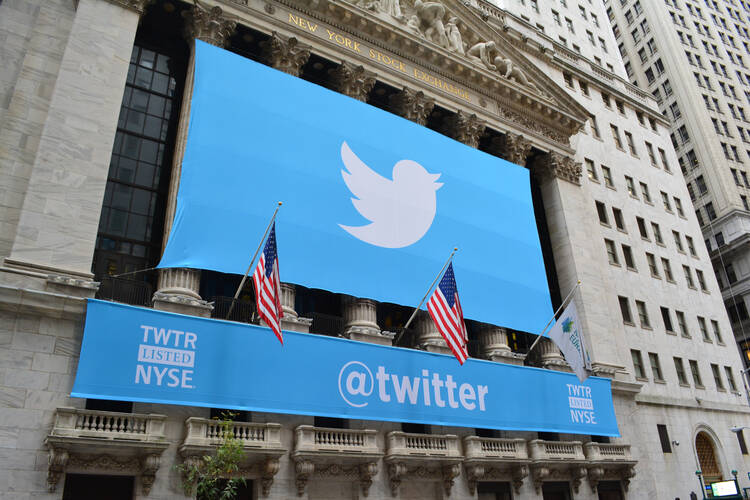 On Nov. 7, 1918, newspapers across the United States put out extra editions announcing that the Great War was over. Germany had finally backed down. Trading stopped at the New York Stock Exchange; church bells rang. The only trouble: The news was four days early.

This feat of simultaneity in falsehood was the doing of the E. W. Scripps Company’s United Press wire service, which had a national network of papers that relied on its dispatches for news they could not gather on their own. Along with Hearst’s International News Service, it competed for the business of papers whose intercity rivals had locked up membership in the older, more storied wire service, the Associated Press. The competition habitually drove the U.P. and I.N.S. to sensational, even truth-bending practices.

The newspaper editor and historian Victor Rosewater, writing in 1930, regarded this as a systemic problem. He charged the two upstart wire services with preferring salacious headlines to dispassionate reportage, which the A.P. excelled in providing. “No obstructive neutral policy stood in the way,” he wrote of the 1918 incident. “Overzeal gave the United Press the unrelished role of sponsoring and disseminating that greatest of false news items, the spurious premature report of World War truce.”

The A.P. has continued to excel in what it does best: boring, reliable, factual news.

The difference between the upstarts and the A.P. was not merely in their age or their relationships with the New York news establishment. They had different business models. While the U.P. and I.N.S. were the creatures of towering newspaper magnates, the A.P. was a cooperative—jointly owned (to various degrees, depending on the era) by the newspapers it served. Even today, in the polarized, sensationalized media environment the internet has nourished, the A.P. has continued to excel in what it does best: boring, reliable, factual news.

The A.P.’s origins lie in unrecorded conspiracies among New York City newspapermen between 1846 and 1848. Their papers were fierce competitors, but they were stuck. If they all used telegraph lines separately, there wouldn’t be enough lines. So the competitors had no choice but to cooperate—to share reports from Europe via undersea cables, to jointly sponsor horse-borne dispatches from the Mexican front and to circulate one another’s reporting. The New York papers shared ownership and control of the enterprise jointly, and they sold their dispatches to sister organizations in what would come to be referred to as flyover country.

The A.P. owes its uniqueness and stature in no small part to its business model.

The temptation to hoard this news-gathering resource was immense, and it was defeated only gradually, over the course of a century. During that time, Upton Sinclair called the A.P. “the most powerful and most sinister monopoly in America.” After a scandal resulted in the A.P.’s relocation to Chicago in 1897, the Illinois Supreme Court ruled against its restrictions on membership as anti-competitive, and so in 1900 the A.P. came back to New York, which had more permissive laws for cooperative associations. It would take a wartime Justice Department investigation, and a 1945 Supreme Court ruling, to turn the A.P. from an exclusive guild to something approaching an open-membership co-op. (Its British sister, the Press Association, had operated under this stipulation all along.)

Shortcomings aside, the A.P. has been—an irreplaceable fixture of the country’s media system. And it owes its uniqueness and stature in no small part to its business model.

The A.P. allows its members to severely reduce the cost of reportage, especially outside their physical territory. The wide range of political outlooks among its members ensures something as close to neutrality as journalism can hope for; it is an overlapping consensus that inclines toward facts. In contrast to most consumer publications, the company’s business model depends not on virality and click-bait but on trustworthiness. It does what many news organizations claim to do, but none can really accomplish: insulating news-gathering from news-selling.

Why one city is backing a different kind of family values: housing co-ops
Nathan Schneider

We have new media utilities now. When I was starting out as a reporter, running an online startup, tweets were my A.P. They were how I got the latest news, raw and apparently immediate, from places I could not afford to visit. I fell for Twitter during the Tahrir Square uprising in 2011, before the likes of Anderson Cooper got there. Like the A.P., it has become the medium across which media outlets today speak with each other and share news. Jack Dorsey, the C.E.O. of Twitter,has called it the “people’s news network”—but, as the persistent rumors of a buyout remind us, it is not. It is a creature of Wall Street, a commodity for the highest bidder.

In advance of Twitter’s annual meeting on May 22, shareholders will have the option to choose another way. They will be able to vote on a modest proposal to commission a study—one to explore ways of converting the company to more cooperative ownership, along with the benefits that such a move might hold for shareholders themselves. Though I am not a shareholder, I worked with a group of them to draft the proposal. We referenced the A.P. as a way of insisting that this kind of buyout would not be an act of giving up, or cutting losses. A media utility can be more fully itself if it is owned like one.

Correction: Aug. 31, 2017
This article stated incorrectly that the courts’ rulings stood on the basis that the A.P. was not just a normal company but was an essential media utility. In fact, the Supreme Court's decision reads, “The result here does not involve an application of the ‘public utility’ concept to the newspaper business.”