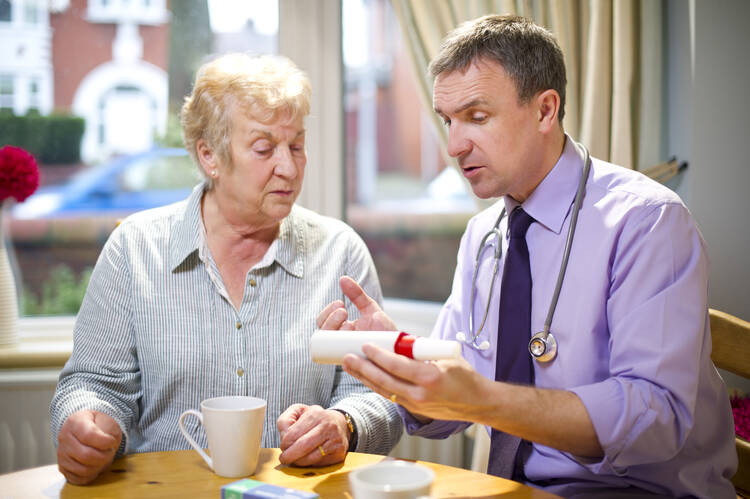 Under the D.S.R.I.P. model, physicians keep a close eye on their patients’ progress to prevent unnecessary hospitalizations. (iStock/sturti)

It is the story of summer 2017 and a nation’s differences are laid bare as Congress struggles to formulate an acceptable law to replace the Affordable Care Act. Are the proposed replacements “mean,” or do they not go far enough? How do leaders reconcile the practical drive to slash the nation’s public health care spending with the repugnant (and politically unattractive) prospect of leaving at least 22 million fewer Americans without health insurance coverage?

How do legislators come to terms with proposed Medicaid cuts that would jeopardize health care for more than 70 million people—among them children, the elderly, people with disabilities and pregnant women—by 2026?

There is no doubt that health care expenditures in the United States need to be curbed; compared with other industrialized nations, we spend the most per capita but deliver inferior care. Medicaid as we know it has been prone to waste and fraud. However, simply cutting the federal health care budget will only worsen the situation for those at the lower rungs of society. These are the men, women and children our government is dutybound to provide for, and to do it well.

Simply cutting the federal health care budget will only worsen the situation for those at the lower rungs of society.

True reform—a goal apparently lost in the partisan bickering—would be to get smarter about exactly how health care dollars are spent, so that costs can decrease even as the quality of care improves.

A revolutionary experiment underway in a handful of states is aiming to do just that. California, Kansas, Massachusetts, New Jersey, New York, Oregon and Texas have authorized versions of the Delivery System Reform Incentive Payment program. At its heart is the value-based payment formula, which stipulates that health care providers are compensated based on their patients’ longer-term health outcomes rather than the volume of services provided (that is, transactions such as office visits and tests).

The D.S.R.I.P. model—executed in New York State by 25 performing provider systems (also known as P.P.S.’s)—incentivizes health care providers to keep a close eye on their patients’ progress, monitor adherence to medical directives, assess mental health factors and empower patients to self-manage chronic conditions. The objective is to prevent 25 percent of unnecessary hospitalizations, which, at the end of the program’s five-year mandate, is projected to save New York taxpayers $12 billion.

Imagine such a strategy implemented in all 50 states; the Affordable Care Act’s goal to cut Medicaid spending could be achieved even as the quality of care improves. This is truly the best of both worlds, satisfying both patient advocates and budget hawks.

The objective is to prevent 25 percent of unnecessary hospitalizations, which is projected to save New York taxpayers $12 billion.

The visionary behind D.S.R.I.P. is Jason Helgerson, the Medicaid director of New York’s Department of Health, who passionately argues that we must take into account the social determinants of health as well as a patient’s medical condition. On this score, the United States lags behind other developed nations that recognize the significance of these factors in providing health care to the poorest citizens.

Social determinants include patients’ housing situations as well as their economic, employment and educational status. In many cases, they are also affected by the criminal justice system. These nonclinical issues directly impact physical as well as mental health, and they should be taken into consideration as part comprehensive health care designed to produce lasting results.

Why does the United States spend so much on health care for such poor quality?
Mario J. Paredes

Case in point: A recent briefing for P.P.S.’s by the New York State Department of Health on housing issues reported that indigent households often choose to pay rent over buying food; this is a practical decision but one with serious health implications, particularly for young children. Rent and housing instability is shown to put mothers at a 200 percent higher risk of depression. There is also the impact of mold, lead paint and pest infestations. As a recent study by New York University’s Furman Center showed, an increase in “poverty concentration—the extent to which poor New Yorkers are living in neighborhoods with other poor New Yorkers” compounds the impact of a troubled housing situation as a social determinant of health.

In the vision of Helgerson—who likens the D.S.R.I.P. model to a start-up driven by venture capital—the neighborhood-based primary care physician becomes a true community leader who engages local leaders and activists in the areas of housing, employment and education to form community action teams. Their mandate is to make comprehensive resources—both medical and nonmedical—readily available to the poorest Medicaid patients in order to ensure their long-term flourishing.

Comprehensive, holistic care is the solution to keeping Medicaid patients healthier, taking control of chronic illnesses and avoiding expensive emergency room visits and hospitalizations. Such comprehensive care is commensurate with respect for the human dignity of each and every human being. Our nation’s political leaders should commission research into the social determinants of health and refocus their attention on health care reform that provides states with incentives to being truly smart and innovative in how public health care funding is spent. Billions of dollars can be saved while millions of lives are lastingly improved. 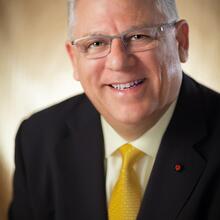 Mario J. Paredes, a member of the board of America Media, is the C.E.O. of Advocate Community Providers Inc. The organization is one of 25 health care systems participating in a pilot program launched by the New York State Department of Health, which is designed to improve Medicaid medical care by implementing a performance-based payment system for providers, replacing the traditional fee-for-service formula.

This article is a breath of fresh air. It is encouraging to read of pilot programs that will track long-term (5 year) results in various new approaches to Medicaid and other social services, with an objective of improving health outcomes. A comparison of the several experiments, against each other and against the much larger 'control group' of traditional Medicaid recipients, will point to what works, and what does not, with enough credibility to spread the most successful model. This is so much more enlightened than simply throwing more money (and people) into current Medicaid, which costs taxpayers a half-trillion each year, with very little measurable health improvement for recipients. The education component will be essential, since existing data shows the key role of lifestyle decisions in health outcomes.
Let's hope that one or more of these pilots proves beneficial and expandable.
Paul VI wrote in Populorum Progressio, “…the individual who is animated by true charity labors skillfully to discover the causes of misery, to find the means to combat it, to overcome it resolutely.” Pope Benedict expressed similar sentiment in Caritas in Veritate. So, Bravo Mr. Paredes, and Mr. Helgerson!

“U.S. bishops urged senators ‘to work together to advance changes that serve the common good.’”

Could it be that we have found an important component of the answer in Mr. Paredes’ report when he says:

“Our nation’s political leaders should commission research into the social determinants of health and refocus their attention on health care reform that provides states with incentives to being truly smart and innovative in how public health care funding is spent. “

Among the many things that tend to cause loss of focus in discussing contentious issues in the social justice area, one is the use of undefined abstractions. The abstraction labeled “common good” has so many definitions that this, in itself, tends to cause it to be undefined in any one particular context.

I believe that the common good means all of those characteristics, qualities, attributes, attitudes and customary relational behaviors that make living in a community a positive and beneficial experience.

But what about actual delivery of health care? Who gets to receive it and how much of it does each member of the community get? In justice, each member of the community has a right to some share of the common good. It is this distributive justice principle that is problematic. The problem is not the advancement of the common good in terms of its components. The problem is in the sharing. Can the bishops teach us how to share? Not in principle, but in practice. If so, then teach both us the outline and the legislators the the skill to write a plan to share. It may be true that the common good could always use more “serving,” but right now it needs more “sharing.”