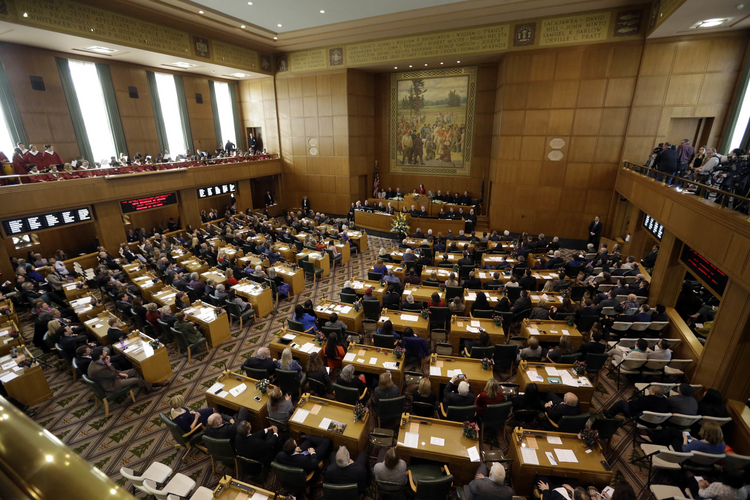 Gov. Kate Brown is expected to sign House Bill 3391, which was passed 33-23 in the Oregon House and 17-13 in the Senate as a way to counteract expected changes in federal health care policy.

The bill increases state spending by $10.2 million to provide free coverage of exams, drugs, devices and procedures, including abortion.

The state's Catholic bishops urged a veto, saying the bill "forces all Oregon taxpayers to help finance an extremist abortion agenda that does not enjoy majority support."

Passed by the Senate on the day after Independence Day, the legislation "has more to do with force than it does with freedom," the conference said in a July 10 statement.

"By insisting on complete insurance coverage of abortion, including late-term and sex-selective abortions, the legislature shows itself intolerant of widely held opposing views and will compel thousands of Oregonians to support what their conscience rejects," the conference said, urging citizens to sign petitions to put a measure blocking taxpayer funding of abortion on the 2018 Oregon ballot.

The bill did not get through the Legislature easily. After emotional debate and the vote, Senate Republicans issued a statement saying the legislation is "nothing more than a political statement and a political gift card to Planned Parenthood that brought unnecessary drama and divisiveness to the end of the legislative session."

The bill orders the Oregon Health Authority to provide coverage where religious organizations will not.

Pro-life lawmakers approved of much of the bill, but questioned why abortion had to be included, causing a moral crisis. They attempted to have abortion provisions removed, but that motion failed.

Oregon already accommodates and provides for abortion more than most states. There are no waiting periods, education requirements or spending limits on taxpayer funds. Oregon's Medicaid program already spends nearly $2 million a year to pay for about 3,500 abortions.

Bill Diss, leader of Precious Children of Portland and a member of Holy Rosary Parish in the city, called the proposed law "fundamentally an abortion bill that will boost the coffers of abortion providers like Planned Parenthood."

Diss said other portions of the bill could be accomplished "without further funding and promoting the killing of unborn children."