Who should take the lead in protecting the environment? America readers gave us a definitive answer. 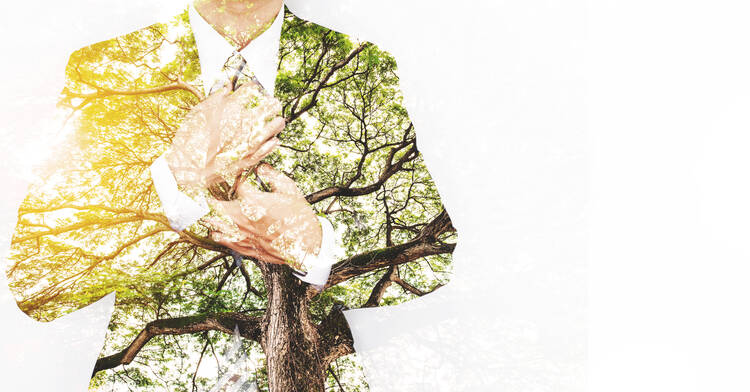 A smaller subset of our reader sample (20 percent) told America that individual citizens should take the lead in protecting the environment. From Anchorage, Alaska, John Goll explained that “citizens have the best chance” to make an impact because they can choose “how they live, what they buy and for whom they vote.” Stephen Hymel of Tuscon, Ariz., gave a similar response: “If a significant number of individuals lead and take action, local, state and federal governments will take action, too.” Mr. Hymel noted that climate change is already influencing decision-making in the private sector. “Many businesses are taking action now,” he wrote. “It’s the right thing to do” and it eventually increases revenue.

The remaining readers responded that business leaders (8 percent) and local and state government (10 percent) should lead efforts to care for the environment. But regardless of who readers thought should take the lead, a striking majority called for collaboration in battling climate change. Mr. Goll, for instance, noted that in protecting the environment “all of the above [federal government, business leaders, individual citizens, and local and state government] must be involved.” 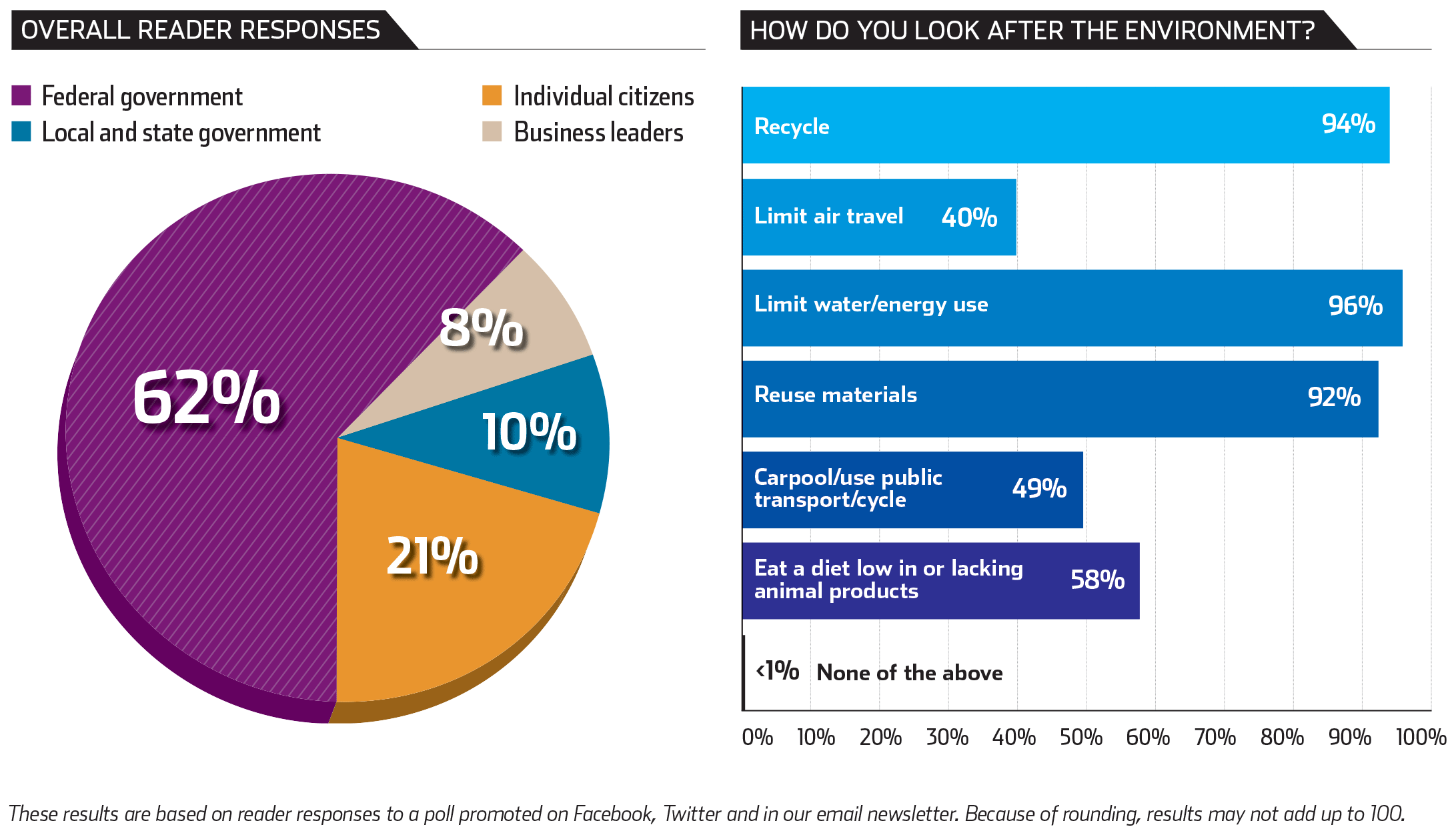