Why spirituality is central to understanding the Standing Rock protests 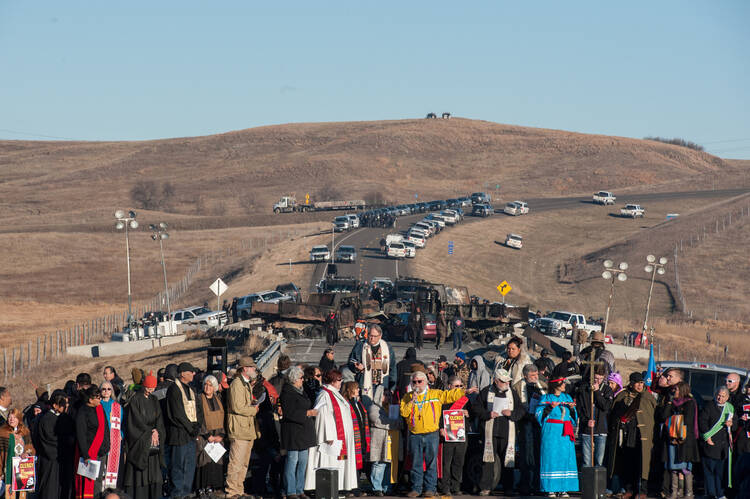 Our guest this week is Eileen Markey, the author of A Radical Faith: The Assassination of Sister Maura. She is also the author of America’s most recent cover article: “The Spirit of Standing Rock.”

It’s the water of life, it’s waters of baptism, it’s the Jordan river.

“I knew from speaking to activists and religious people that there was just so much energy and inspiration and power in those protests [at Standing Rock],” Markey told America. These activists were motivated, in Markey’s words, by “the feeling that the balance of power between business communities and civilians was completely out of whack.”

According to Markey, the protests at Standing Rock were able to “capture so many people's’ imaginations” by virtue of their deeply religious elements, including sacred fires, prayerful mornings, and processions to the endangered Cannonball River. Ultimately, the motivation of activists was “a religious one.”

Markey also highlighted the centrality of water across faith traditions. “It’s the water of life, it’s waters of baptism, it’s the Jordan river...for someone who’s Catholic, Christian, or part of another tradition, water is so deeply a religious symbol.”