The World Is Watching. And They're Worried.

The World Is Watching. And They're Worried. 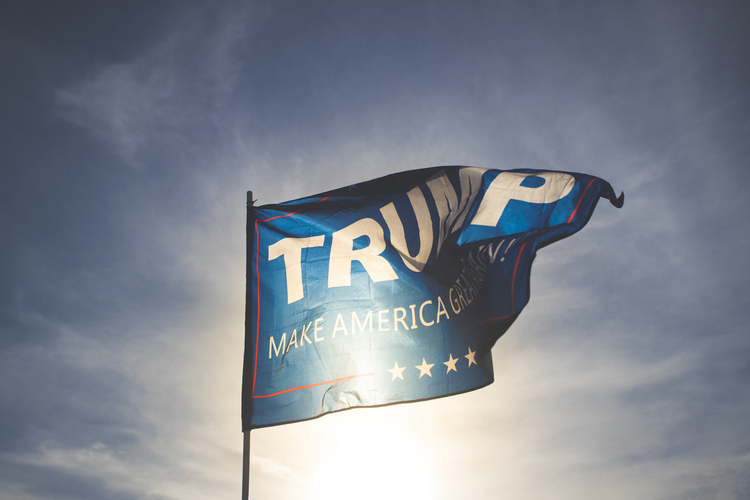 Despite Donald J. Trump’s claim that there has never been a president “who’s passed more legislation, who’s done more things than what we’ve done,” the current administration increasingly resembles what Winston Churchill might call “a bull that travels with his own china shop.” In fairness, Mr. Trump, in a rare public acknowledgement of his creaturely status, did concede that Franklin D. Roosevelt might have been a more effective president than he, but that’s only because F.D.R. “had a major depression to handle.”

The president, of course, is not the only politician who engages in self-serving hyperbole; it’s standard operating procedure for members of both parties. But Mr. Trump seems to think that his words have a mysterious, efficacious power, that things will become true simply by announcing that they are true. Some commentators liken this to the behavior of autocrats. But rather than autocracy, the greater danger in the Trump era is instability.

To wit: The New York Times is reporting this morning that at a White House meeting with Republican senators on June 12, the president announced that the recent attempt by the U.S. House of Representatives to “repeal and replace” the Affordable Care Act was “mean.” I happen to agree. But what the president said yesterday is the precise opposite of what he said when the House first passed the bill. “We want to brag about the plan,” Mr. Trump told reporters then.

Rather than autocracy, the greater danger in the Trump era is instability.

Now I don’t believe that a politician should never change his mind. In fact, our anti-flip-flop culture, which will not countenance the slightest shift in course by our political leaders, is one major cause of Washington’s paralysis. The trouble with President Trump is that his shifts seem to occur weekly, which is causing a crisis of confidence in American leadership both at home and abroad. It is difficult to see how Mr. Trump can effectively govern the country and develop his domestic policy agenda if he continually changes his views.

But if the president’s contradictions are a thorn in the side of U.S. domestic politics, they are a dagger in the heart of America’s international standing. “The Trump administration's foreign policy has been a dizzying spectacle of mixed messages,” David Ignatius recently wrote in The Washington Post. Tom Donilon, a national security official in the Obama administration, told The Washington Post in an interview that “there have been almost whiplash-like changes in policy.”

Donald Trump’s sins are our sins, too, and impeachment won’t absolve them
Zac Davis

For better or worse, the United States is in charge of the world at this moment in human history. It looks to us for leadership and world leaders are justifiably concerned, so much so that, in a thinly veiled reference to the United States, Chancellor Angela Merkel of Germany recently told her supporters that “the times when we could completely rely on others are, to an extent, over.”

Of course, it is still very early in the life of this administration. Mr. Trump and his administration may yet stabilize as they gain experience. But this much is clear: The world can ill afford to have the United States abdicate its global position, either by choice or through carelessness. The world, after all, is a large and very crowded china shop.

Some news from the home office: Astute observers of the masthead on page 9 will notice that the name at the bottom of the list has changed because of a change at the top of the organization. Last week, William R. Kunkel retired as chair of the board of directors of America Media. Bill spent most of his legal career at Skadden, Arps, Slate, Meagher & Flom L.L.P. in Chicago and is now general counsel to the Archdiocese of Chicago. Bill has served as chair of America Media since 2013, helping to lead this organization through one of the most transformative periods in its history. We are deeply grateful for his service. I am personally thankful for his generous friendship.

Susan S. Braddock succeeds Bill as chair. Susan has served on the board of directors of America Media since 2014. Previously, she served as chair of the board of Cristo Rey New York and as the tenth president of the Metropolitan Opera Guild. We are thankful for her willingness to assume this responsibility, and I look forward to working more closely with one of the smartest and hardest working people I know. I am also delighted to say that in Susan this venerable 108-year old Jesuit ministry now has its first female chair.

Boards of directors at nonprofit corporations do not always get the recognition they deserve. For our part, you should know that America Media would not be where it is today if not for their generosity with both time and treasure. Deo Gratias!

More than a few of us within the USA are worried as well. Donald Trump has two major problems - he is corrupt and he is mentally ill. Republicans are pretending otherwise. This lack of common sense and reasonable action is damaging them as well as the country.

This article also appeared in print, under the headline “The World Is Watching. And They're Worried.,” in the June 26, 2017, issue.

Matt Malone, S.J. is editor in chief at America.