The Editors: Let's use civic engagement to address climate change

The Editors: Let's use civic engagement to address climate change 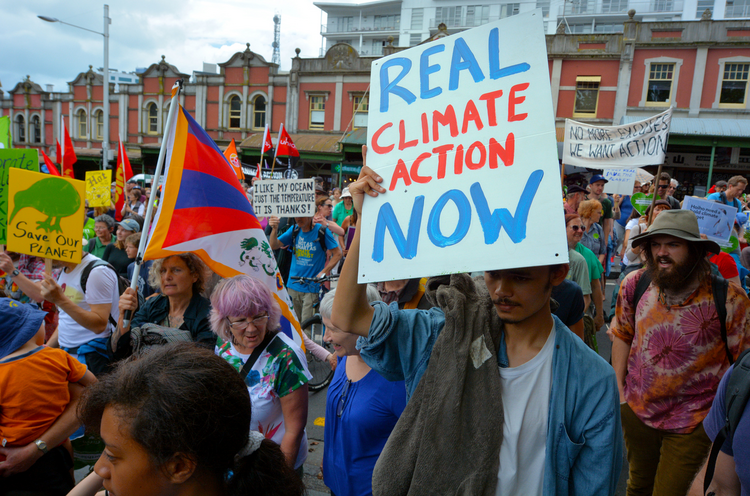 President Trump’s decision to pull the United States out of the Paris climate agreement was largely symbolic. The accords were nonbinding and American commitments could have been modified without rejecting the accords themselves. Much of what had been planned will continue anyway through market forces that continue to push the economy away from coal, or through decisions by states and cities to meet the goals of the Paris agreement at the local level.

But symbols matter, which is why, instead of modifying them, Mr. Trump “cancelled” the Paris accords, fulfilling a campaign promise. In his worldview, “making America great again” requires rejecting the international solidarity that Paris represents. And while no immediate damage is done to the climate as a result of a U.S. withdrawal, Mr. Trump has weakened the momentum behind this coalition—one that encouraged cooperation among nations in the fight against global warming.

The United States is already seeing a rise of public-private coalitions in support of the Paris agreement. Mayors, governors, university presidents and more than 100 businesses are submitting a plan to the United Nations, in which they pledge to meet the goals agreed to under the accords. The former mayor of New York City, Michael Bloomberg, is spearheading this initiative. “We’re going to do everything America would have done if it had stayed committed,” Mr. Bloomberg vowed. Several U.S. states and cities have also committed themselves to the Paris agreement, including New York, Washington State and California. And on June 7, Hawaii became the first state to pass legislation committing it to the Paris accords.

Civic engagement is not limited to voting. And while many might use Mr. Trump’s actions as a reason to engage in apocalyptic rhetoric, we must instead devote our energies to maintaining the kind of practical solidarity that appears in the initiatives of Mr. Bloomberg, state and local governments, not public-private partnerships. As Pope Francis reminds us in “Laudato Si’,” caring for the planet must begin with dialogue, one that “includes everyone, since the environmental challenge we are undergoing, and its human roots, concern and affect us all.”

I assume the editors are in support of the EPA chairmen Scott Pruitt's call to have a civil discussion on the science of global warming now that the editors admit the Paris Climate Accord was a sham.

is the title of an article last week calling for a scientific debate on climate science. Google the title and you will see the link for it in the Daily Signal.

It is interesting to see the graphic used as the top of this article. Is this who the editors believe are in the right? Also there is a side headline which can change over time but the current one is "Vatican official: President Trump’s decision to withdraw from Paris climate change accord a ‘disaster’" This seems at odds with reality when it is admitted the accord was a sham.

The link to the article cited above is (http://dailysignal.com/2017/06/08/trumps-epa-chief-backs-approach-to-science-that-could-upend-the-global-warming-consensus/)

This article also appeared in print, under the headline “Trump Withdraws From Paris. Now What?,” in the June 26, 2017, issue.