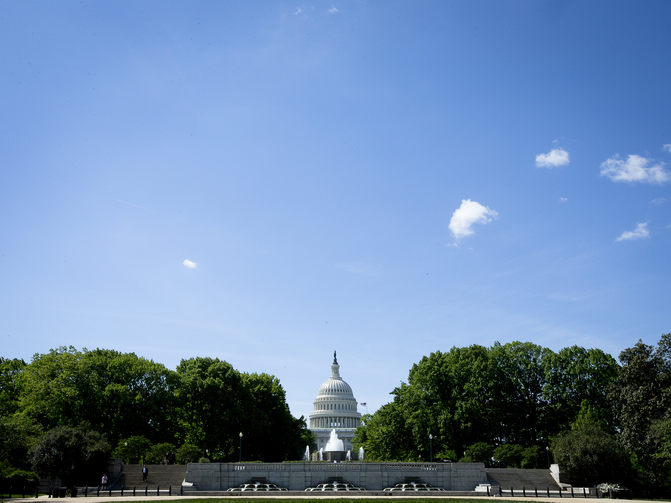 I am writing this in midtown Manhattan, in the “bubble” where people were caught off-guard by Donald J. Trump’s election win and still struggle to understand the motives of his Rust Belt supporters. Far from being chastened, many New York residents counter that Trump voters are in their own bubble, unaware of the benefits of a global economy.

But the bubble mindset is not necessarily imposed by geography. In most of New York, one cannot walk more than a few blocks without seeing people left behind by the economic recovery, with panhandlers and homeless people literally crying out for help. Truly living in a bubble takes a perverse kind of fortitude that few people can learn.

Unfortunately, many of our political leaders are developing that knack.

A few weeks ago, the Republican candidate in a special congressional election in Montana assaulted a reporter who had asked about his party’s health care reform bill. (On the eve of the election, the candidate had still not taken a position on the most important piece of legislation facing Congress this year.) His explosive reaction to a legitimate question was in keeping with President Trump’s characterization of journalists as the “enemy of the people.” In Montana and in Washington, this “enemy” threatens to pierce the bubble that allows legislators to think of health care as a political football rather than as a matter of life and death for millions of Americans.

The Editors: Trump's budget pays for defense by weakening the social safety net
The Editors

This bubble mentality was also evident this spring in Iowa. In a television interview, the Republican Representative Rod Blum admitted that he was allowing only voters from his district to attend a town hall meeting on health care and other issues. When the reporter asked whether the congressman still took campaign contributions from outside his district, Mr. Blum walked out, saying of the reporter, “He’s just going to sit here and badger me.” The congressman has doubtless talked with his colleagues about the increasing demands of fundraising, but he felt no need to explain the matter to his constituents.

Another elected official who has tried to maintain a question-free zone is Matt Bevin, the Republican governor of Kentucky, who has been elusive about who owns the mansion he moved into this year and has called a newspaper reporter “a sick man” for trying to knock on his front door and ask who lived there. The Trump administration, of course, has been the most secretive in memory, barring American journalists from events open to journalists from Russia and Saudi Arabia, and saying nothing when West Virginia police arrested a reporter on the grounds of the state capitol for “yelling questions” at Tom Price, the federal secretary of health and human services. (Again, the Republicans’ health care bill was the topic that shut down debate.)

The most alarming examples of U.S. politicians trying to hunker down in a bubble—an opaque bubble at that—come from Republicans, but they control the White House, Congress and most state governments. The Democrats have already paid a heavy price for their insularity—such as failing to account for how six-digit speaking fees from Wall Street firms would look to voters—by losing most elections outside of places where high numbers of non-white and college-educated residents give them a demographic advantage. Hillary Clinton’s presidential campaign last year was more of a bunker than a bubble, culminating in an attempt to hide the fact that she had pneumonia just a few weeks before the election. One of the Democrats’ leading voices during the Trump administration, Senator Elizabeth Warren of Massachusetts, is famous for ducking reporters seeking comment on public policy.

There is a bubble in American politics, but it is not separating Democratic and Republican voters; it is keeping political leaders of both parties from hearing the voices outside Washington.

Reporters do not exactly reflect the concerns of voters, but they do help to hold elected officials accountable to someone other than campaign donors. The dismissal of the media as “the enemy” coincides with an increasingly bloodless debate about health care and safety-net programs, with people helped by the Affordable Care Act described as being “on the dole” and food stamp recipients erroneously characterized as unwilling to work. Political leaders frequently talk about the importance of stability in the tax code, in interest rates and in government regulations in order to ensure economic confidence and long-range investment planning, but fewer seem concerned about how the uncertain availability of health care is making it impossible for millions of families to plan their financial futures. There is a bubble in American politics, but it is not separating Democratic and Republican voters; it is keeping political leaders of both parties from hearing the voices outside Washington.

Thank you to Michael Rozier, S.J., who served as a guest editor for this special issue on health care.

This article also appeared in print, under the headline “The real bubble protects elected officials,” in the June 12, 2017, issue.