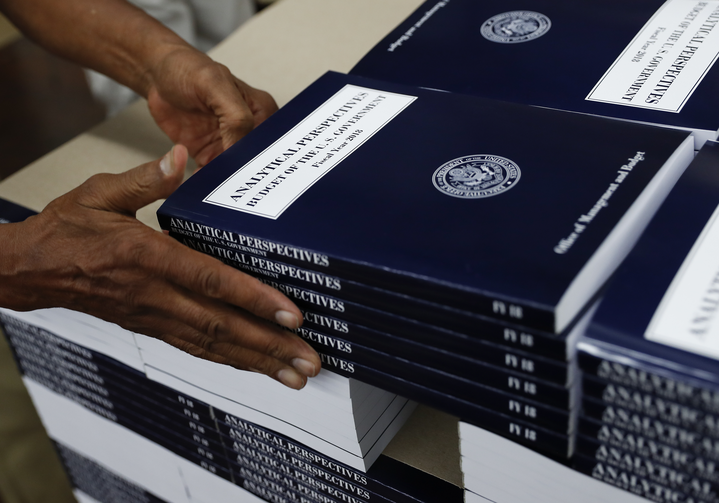 One of the victims of President Trump’s budget proposal is the Supplemental Nutrition Assistance Program, commonly referred to as food stamps. Since 2012, I have been writing to defend SNAP in response to attempts by Republican lawmakers to weaken the program. House Speaker Paul Ryan has repeatedly tried to turn SNAP into block grants, a move supported by the president. The Trump administration also wants to add more work requirements and cut federal funding by 25 percent over the next 10 years.

Those seeking to cut SNAP misrepresent the basic reality of the program. The most important starting principle for Catholic social teaching is the need to engage the truth. In the 1891 encyclical “Rerum Novarum,” Pope Leo XIII states that nothing is as important as facing the world as it truly is. When it comes to SNAP, the data and facts are clear: If you care about working families and sound economic policy, SNAP is the program for you.

When it comes to SNAP, the data and facts are clear: If you care about working families and sound economic policy, SNAP is the program for you.

One hallmark of the White House plan is to increase work requirements. For decades, there has been an almost pathological fixation on whether people who do not really need it are getting food stamps. Inevitably, the focus turns to able-bodied adults without dependents.

It is true that participation by eligible families has risen in recent years. George W. Bush, not Barack Obama, made it easier for the working poor to access SNAP. Historically, SNAP has enjoyed widespread bipartisan support because, as the Aspen Institute notes, it “is probably the most important part of the safety net for the poor and lower-income working families.”

Despite fears of misuse and fraud, government data shows that in more than 75 percent of households with an able-bodied adult, that adult had a job in the year before or after receiving food stamps. Furthermore, only 14 percent of adult SNAP participants work less than 30 hours a week or are unemployed. If able-bodied adults do not work at least 20 hours a week within three months, they lose SNAP eligibility. But 64 percent of food stamp recipients are children, elderly or disabled. The numbers do not support the fixation on whether or not SNAP participants are working; the vast majority of food stamp recipients are working families, the elderly or disabled.

The vast majority of food stamp recipients are working families, the elderly or disabled.

The Trump administration, citing concerns about fairness to the taxpayer, presents SNAP as too expensive or somehow too generous. Again, the numbers paint a very different picture. The few able-bodied adults without dependents who are eligible for food stamps can receive at most $194 per month ($48.50 per week) and must have a gross annual income of less than $15,444. Most people would find it extremely difficult to survive on a $48.50-per-week food budget. On average, a senior citizen receives $108 per month ($27 per week) in supplemental nutrition assistance. A family of four receiving the maximum benefit of $162.50 per week must have a gross income of less than $31,596 per year. SNAP is a supplement; on its own it is never enough to provide the basic nutritional needs of families or seniors living in poverty. This is precisely why this supplement is essential to the survival of the working poor.

Part of the problem with today’s discussions about SNAP funding is that the administration is focused on the number of people receiving food stamps without placing it in the proper economic and programmatic context. SNAP is automatically adjusted based upon need. In times of economic growth and increasing wages, the number of families receiving food assistance and those eligible for it naturally shrinks. As a result, if there is a period of increasing wages and widespread economic growth, then SNAP costs less money. Since 2014, the number of SNAP participants has consistently fallen. To artificially cut the rolls is to willingly and intentionally deny food access to those who we already know are food insecure.

The Editors: Trump's budget pays for defense by weakening the social safety net
The Editors

The administration is correct in seeking to be responsible stewards of our taxes. But here again, SNAP is a winner. As a program, it is means-tested and economically effective. It has what economists call a “multiplier effect.” According to the United States Department of Agriculture, “When households spend their SNAP benefits, the direct effects are increased economic activity by the producers of the goods and services being purchased, as well as by the retail, wholesale and transportation system that delivers the goods and services.” For every $5 in new SNAP benefits, $9 of economic activity is generated. A study by the U.S.D.A. found that a $1 billion increase in SNAP benefits led to $1.79 billion in economic activity and to thousands of full-time-equivalent jobs. Moody’s Analytics consistently lists food stamps as a more significant macroeconomic multiplier than tax cuts for corporations or the wealthy. It turns out that feeding hungry people is good economic policy.

It is also what the Gospels require. Matthew 25’s account of the Last Judgment could not be clearer. When Jesus is asked by what standard God will judge us, whether or not we fed the hungry is there in black and white. And Scripture does not limit these injunctions to individuals. The prophetic books repeatedly examine and critique social structures that exclude and oppress the poor. The most common subtitle for Matthew’s parable of the Last Judgment is the “judgment of the nations.”

A budget is a moral document, a statement of collective priorities. It is a statement of who we want to be as a country and community. For Catholics, the first question to ask is: How does this proposal affect the poor and vulnerable? By calling for significant cuts to SNAP and other anti-poverty measures, the president’s budget proposal fails this most basic test.

We should all help the poor. That is the moral imperative. Government programs are notoriously abused and inefficient. Food stamps should have a specific work requirement and/or training requirement. The best policy is the policy which returns people to the diginity of work.

Government programs are notoriously abused and inefficient? How so? Studies do not confirm your statement. You seem to be repeating what others have said. It's convenient to bash programs because they are of the government. An easy way out of helping the hungry. The fact is 95% of food for the poor comes from government programs. And studies show they are efficient, are not wasteful and are not abused. They are based on getting people who are able back to work. Babies and kids are of course not expected to go to work. Neither are the unborn expected to work. Yet babies, kids and the unborn need nourishment. We should cut off this nourishment because it comes from the government?

Ok, if that is true, then should everyone get food stamps? Who should and who should not?

Here are some statistics

This shows that the amount spent in 2016 was almost double that spent in 2008 for the same unemployment rate. So a 25% cut to $52 B will still be above what was spent in prior years and hopefully in the next few years the unemployment rate and GDP will be even better so those needing the assistance will be less.

So the news is that the Trump budget for food stamps is higher than traditional spending levels. Why isn't that the headline on America.

Here are a few factors affecting the increased cost of SNAP relative to the constancy of the unemployment rate, 2008 compared to 2016:

1. There was a temporary increase in benefits resulting from the American Recovery and Reinvestment Act of 2009, the provisions of which were in effect until the last quarter of calendar 2013.
2. The resource limit requirement on SNAP eligibility is relaxed during the period under comparison if at least one person in a household is age 60 or older and/or has disabilities, at the same time as the average age of American households is increasing over the same period, resulting in a gradual increase in households eligible for SNAP benefits.
3. The cost of shelter as a percentage of available household income has increased over the period under consideration, especially in major metropolitan areas, which results in an increase in the number of households becoming eligible for SNAP benefits.
4. The U.S. population in 2016 was approximately 18, 376,000 larger than in 2008, so that even if there had been no change in eligibility criteria, households eligible would have grown proportionately.
5. While the reported percentage of unemployed was identical in 2016 to that in 2008, 5% of the 2016 population would have been roughly 1,000,000 larger than 5% of the 2008 population.

Thank you for supporting my analysis.

Actually, there is a very interesting argument against the structure of food stamps found in the developing economic theory of "implicit taxes".

Put it this way, if an unmarried worker makes $1 above the approximate $15,000 income threshold, they forgo roughly $2,500 in food stamp benefits. This $2,500 represents an enormous marginal tax rate for a low income worker.

Well, that's the analysis. Will leave it to the behavioral economists to opine on whether food stamps dis-incentivize the marginal propensity to seek higher income via work.

It has what economists call a “multiplier effect.”

Have you looked at GDP under Obama. Where are all those multipliers due to increased government spending?

.For every $5 in new SNAP benefits, $9 of economic activity is generated.

According to this reasoning, everyone in the universe should be getting Food Stamps. I would be very wary of these so called multiplier effects.

Do you ever consider the negative effect of government handouts or subsidies?

"Do you ever consider the negative effect of government handouts or subsidies?" Yes, every time I read about bailouts of big businesses, subsidies to major league teams for stadiums, and funds to local airports so that local business people can fly out of town with convenience.

Privatization of local airport being fought by Democratic politicians.

"Do you ever consider the negative effect of government handouts or subsidies?" Yes, every time I read about bailouts of big businesses, subsidies to major league teams for stadiums, and funds to local airports so that local business people can fly out of town with convenience.

Meghan J. Clark is assistant professor of moral theology at St. John’s University in New York. She is author of The Vision of Catholic Social Thought: The Virtue of Solidarity and Praxis of Human Rights (Fortress, 2014). She is a member of America’s board.