After Trump’s Saudi speech, don't forget his connections to Islamophobia 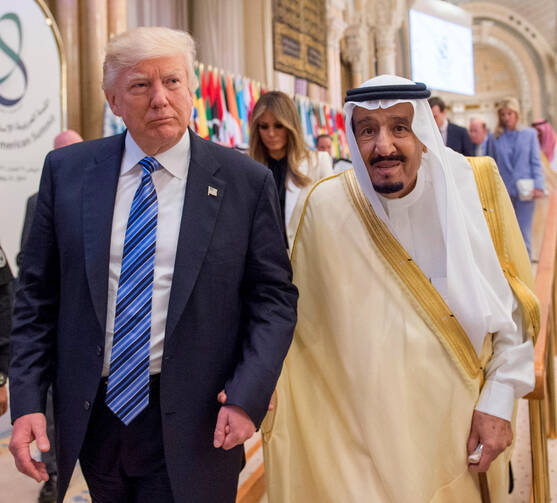 Since President Trump’s speech to Muslim leaders in Saudi Arabia, some journalists and pundits are praising what they see as the president’s “softer” tone on Islam. “This is not a battle between different faiths, different sects or different civilizations,” announced Mr. Trump. “This is a battle between barbaric criminals who seek to obliterate human life and decent people, all in the name of religion, people that want to protect life and want to protect their religion. This is a battle between good and evil.” The president also acknowledged that the vast majority of the victims of terrorism are Muslims and called Islam “one of the world’s great faiths.”

These words might seem like a welcome shift in rhetoric and an attempt on the part of the administration to convey to their audience that Islam is not inherently violent. But Mr. Trump still described terrorism as “Islamic” and put the onus on “Muslim nations” to “drive out terrorists.” This call to action suggests that terrorism is an outgrowth of Islam, and ignores how Western military intervention contributes the conditions for further violence. Even the broad framing of his speech as one “on Islam” implied that Muslims’ faith tradition is responsible for violence. When H.R. McMaster announced plans for Trump’s speech in Saudi, he said the president would share “his hopes for a peaceful vision of Islam to dominate across the world.” The implication here is that a “violent vision of Islam” is currently the primary or predominant one, which flies in the face of the reality lived by over a billion Muslims globally.

Mr. Trump’s presidency remains tainted by its ties to Islamophobia, even if his speech eschewed the bombastic rhetoric we are accustomed to from him. During the 2016 campaign, Donald Trump ran on the most explicitly anti-Muslim platform in history. Unlike most of his competitors, who capitalized on anti-Muslim bias while avoiding overt discrimination, Mr. Trump advocated banning an entire religious group from entering the United States and expressed support for discriminatory profiling and surveillance measures.

Some of President Trump’s closest advisers and appointees have significant relationships with Islamophobic groups. Speech writer Stephen Miller worked for one in college, and strategist Steve Bannon, as the head of Breitbart, lauded anti-Muslim activists as “experts,” including Pamela Geller and Robert Spencer, who campaigned against the “Ground Zero Mosque” and organized the Prophet Muhammad cartoon contest. Both Mr. Miller and Mr. Bannon spearheaded the executive order banning travel for those from seven Muslim-majority countries, a policy that separated families and even held up those who have long made their home in the United States. Additionally, the Trump administration’s military campaigns overseas have resulted in the deaths of many Muslim civilians, and the arms deal struck with Saudi Arabia will allow the kingdom to continue their deadly bombing campaign in Yemen.

Past presidents—Republican and Democrat—remind us that positive rhetoric on Islam and Muslims does not always translate into positive action. After the terror attacks of Sept. 11, 2001, President George W. Bush praised the United States’ Muslim community during a visit to a mosque in Washington, D.C., but also detained American Muslims without cause and initiated a war in Iraq that resulted in the deaths of half a million Iraqis. Similarly, President Barack Obama rounded out his tenure as president with a positive speech at a Baltimore-area mosque but only after escalating the drone program in predominantly Muslim countries and supportingcounter-terrorism programs that targeted Muslims at home.

President Trump’s seemingly more palatable speech in Saudi Arabia should not blind us to the harmful actions his administration has already taken and may pursue in the future. If his speech was indeed intended as a shift in approach toward Muslims at home and abroad, then the president should forcefully denounce the anti-Muslim groups his administration has cooperated with, as well as alter his policies which target Muslim communities. Until now, Islamophobia has been a cornerstone of the Trump presidency, and we should look for more than a momentary shift in rhetoric as evidence for meaningful change.

Jordan Denari Duffner researches Islamophobia. A former Fulbright scholar in Amman, Jordan, she is also the author of the forthcoming book Finding Jesus among Muslims: How Loving Islam Makes Me a Better Catholic (Liturgical Press). The views expressed here are her own. 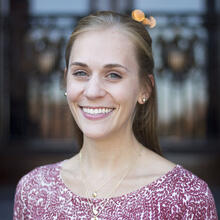 Islamaphobia = Fear of Islam. Should we be afraid? You tell me. Are you okay with Sharia Law? Female genital mutilation....throwing gays off buildings...allowable rape of non-muslim women, pedastry & pedofilia....taqiya (the practice of lying to non-muslims). I recently sat on a plane next to a Muslin who was reading the Koran and feverishly scribbling notes on throwing "disbelievers" (i.e. Christians) into the firey abyss. There's no negotiating with crazy people, these behaviours are not acceptable in our civilized culture.

More Christians massacred in Egypt, and I do not hear any Moslem voices decrying the violence. However, people like the author and America Magazine fret about Islamophobia. I'm sick of these apologists.