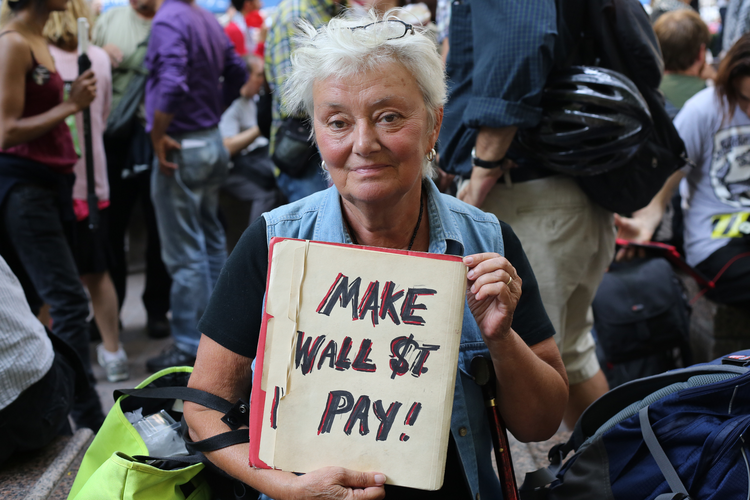 If you think of yourself as an activist, or have friends or loved ones who do, allow me to commend to you a book. Hegemony How-To: A Roadmap for Radicals is the work of Jonathan Matthew Smucker, whom I would refer to as an eminent veteran activist, in the best sense, if he did not so strenuously object to the term.

“Activism has morphed into a specific identity that centers on a hobby,” he writes, “rather than a civic or political responsibility that necessarily traverses groups and interests.” That is, the activist identity serves to keep political activity to small, self-marginalizing sets of people who revel in how different they are from everyone else. They make the futility of their causes their vindication.

Grassroots politics with any interest in achieving anything has to do better, and here is how.

Hegemony How-To is especially well-suited to the moment of President Trump and the Women’s March and “the Resistance,” a moment when mass mobilization is tantalizingly possible. Many thousands of people are joining protests for the first time in their lives, willing to take action like they never have before. Smucker provides a guide for steering his fellow radicals toward pragmatic uses of the limelight. It starts with the “hegemony” in the title: This is an invitation to a kind of mindset and messaging conducive to actually taking power. But Smucker also taunts enough activist sacred cows that his own publisher, the excellent anarchist worker co-op AK Press, saw fit to start the book with a disclaimer that the co-op does not share all of Smucker’s views but deems them a useful provocation.

This is an invitation to a kind of mindset and messaging conducive to actually taking power.

The text proper begins as Smucker introduces Carmen Trotta, a longtime New York Catholic Worker, whom I have followed into the streets more than once. Smucker himself is a onetime Catholic Worker with working-class Mennonite roots. He respects the Worker and those, like Trotta, who persevere in its disciplines, but he is also alert to its penchant for lost causes. Catholic Workers and Ploughshares activists have done much to dramatize the horrors of United States militarism, but their political liturgies—together with the ritual arrests and jail time—can start to become ends in themselves. They dwell on the spirituality of witness, frequently to the exclusion of more inclusive tactics that might score discrete wins.

Smucker implicates himself in this critique. He recounts examples from his two decades or so of political work. But the chief case he considers, and confronts, is Occupy Wall Street—the uprising that took root in New York City in September 2011 as part of that year’s global wave of protest, and then spread to new uprisings around the world. 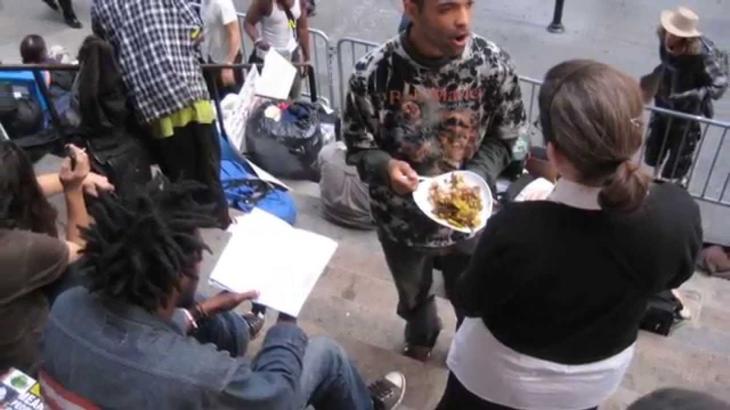 As the heat of Occupy began to cool, Smucker and I were part of a group that attempted to write a book about the uprising. Our collectivism did not succeed, and we went our separate ways, but I compiled my notebooks from those months into Thank You, Anarchy: Notes From the Occupy Apocalypse, published in 2013. In it, I took pains to explain and justify the self-understanding of Occupy’s more utopian currents, the “leaderless” and “no demands” stuff that so infuriated both media pundits and more pragmatic voices within Occupy itself. One of my principal theses was that the whole phenomenon was perhaps best understood as a work of art.

My account was not well received by participants who wanted Occupy to be a mainstream mass movement capable of assuming control over political levers like policy change and elected office. Much of Hegemony How-To is in fact an elegy for Occupy as a missed opportunity, a series of mistakes that could have gone differently if the movement had traded its self-glamorizing activism for winning-oriented savvy.

I don’t think that is right. Seasoned pragmatists tried to organize big mobilizations in New York earlier that year—a large union march on Wall Street comes to mind—but they did not catch fire. It turned out that the people rearing for rebellion in 2011 were not seasoned pragmatists. They tended to be young and new at this. They did not have the benefit of the decades of experience Smucker already had by then, and they had to gain it the hard way.

I remember a common Occupy chant during marches along Wall Street: “This is just a practice!”

Occupy was, I think, more or less what it needed to be at the time. It came in the first years following the election of President Barack Obama, during the reign of a charismatic liberal with his own activist past. The generation of social justice warriors (as their opponents have come to call them) who were coming of age then needed to undergo something. They needed to define themselves, to distinguish themselves from the reigning order on their side of the political aisle. This required messy, mutual education.

Occupy Wall Street could have gone differently if the movement had traded its self-glamorizing activism for winning-oriented savvy.

In the early days of Occupy, for instance, I heard young white people objecting to those among them who protested the execution of a black man, Troy Davis, in Georgia. What did that have to do with Wall Street? Within weeks, after having their own run-ins with law enforcement, the same people had come to see how profoundly economic injustice in the United States expresses itself through race. That space and time for radical education made a difference. Many of these same people, later, would join Black Lives Matter as allies.

I still have trouble putting Occupy fully in the past tense. I have seen people who met in those encampments go on to fight the Keystone XL pipeline and develop community solar projects, oppose deportations and support immigrant-owned cooperatives, turn an elder Vermont socialist into the youth candidate of 2016 and sign up to run for office themselves. Others have deepened their anarchism. It has taken patience, but the political identities formed in Occupy have matured—perhaps not quickly enough for Smucker, who had the benefit of maturing years before, but they are coming along.

In the 1980s, the activist-trainer Bill Moyer proposed what he called theMovement Action Plan. It was an eight-stage sequence according to which, he argued, movements develop and change. There is a time in his plan for small-ish, insular groups that form a culture, and there is a time for them to start coming out and confronting the established order. Then there is a time when the frenzy collapses, and the forces that produced it can, if people keep at it, resurrect in more resilient guises. They learn to wield power.

Right now, another Occupy Wall Street would not be helpful. The challenges are too clear and too urgent. This is a time when members of the committed-but-inward-facing activist set can translate their radical convictions into the leadership skills that a mass movement needs. Smucker’s book is a meaty, practical tool for this upskilling—for reaching, as the name of his consultancy puts it, “beyond the choir.”

But in some of Hegemony How-To’s best passages, Smucker recognizes that the choir matters, too, that it can benefit from some practice and some inside jokes. As I once heard Rebecca Solnit remark, “If you don’t preach to the choir, they won’t come to church.” They won’t sing.