Catholic Sen. Bob Casey tried unsuccessfully to stop the deportation of a mother and son. 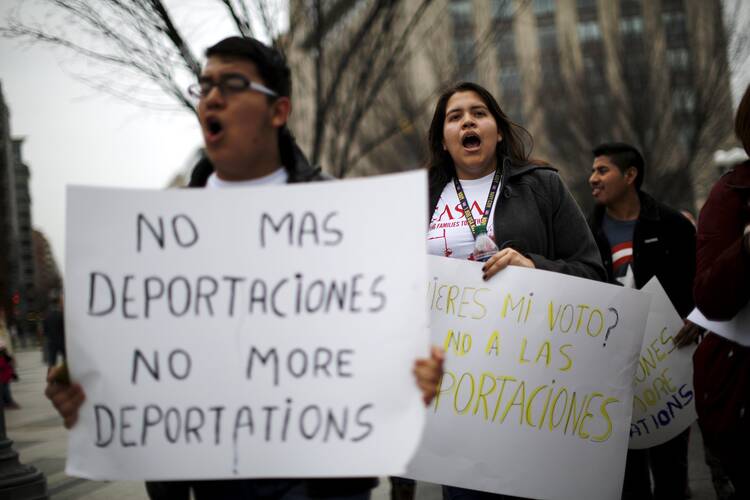 Demonstrators call for an end to deportations in a protest outside the White House in Washington in late December. (CNS photo/Carlos Barria, Reuters)

On Wednesday, a woman and her 5-year-old son were deported to their native Honduras, where, the mother says, they face a death threat. The two had been held for over two years in the Berks County Residential Center, near Reading, Pa., as their claim for asylum worked its way through the courts and was ultimately rejected by the U.S. Court of Appeals for the Third Circuit and the Supreme Court.

Sen. Bob Casey, a Democrat from Pennsylvania, took to Twitter to try to stop the deportation, which he said could “very likely lead to their death.” The woman claims to have fled Honduras after she witnessed the murder of her cousin and became the target of gangs. The mother and son were in federal court on Wednesday seeking special immigrant juvenile status for the boy when the order for their immediate deportation came from Immigration and Customs Enforcement.

The gangs will target this mother and her child the moment they land in Honduras, yet Trump admin insists on this cruel policy.

Senator Casey tweeted live updates of the proceedings and called on Department of Homeland Security Secretary John F. Kelly, White House Chief of Staff Reince Priebus and President Trump himself to intervene to stop the deportation. The senator said in a series of tweets that he had voted for strengthened border protections and fixes to the immigration system, but he refused to “stand by silently as a vulnerable child and his mother are sent to their possible death.”

Just confirmed with @DHSgov: only the White House can order this reversed now. It's on @Reince45 & @realDonaldTrump to help this family.

His pressure campaign was ultimately unsuccessful.

This is not the first high-profile deportation of the Trump administration. In early February, the mother of two American-born children was detained and deported to Mexico after showing up for what she assumed was a routine check in with I.C.E. And on Feb. 17, Juan Manuel Montes-Bojorquez, a 23-year-old “Dreamer” who had lived in the United States since age 9, was deported after he forgot his wallet in a friend’s car and was unable to provide proof of his protected status under Deferred Action for Childhood Arrivals.

While Mr. Trump said he would “show big heart” when it comes to Dreamers (undocumented immigrants who were brought to this country as children), his directives on immigration give I.C.E. wide discretion in who they target for deportation. According to the Department of Homeland Security, “All of those present in violation of the immigration laws may be subject to immigration arrest, detention, and, if found removable by final order, removal from the United States.”

The latest on the 5yr old & his mother: it's very likely that they are on the ground in Honduras and that's a potential death sentence.

Beyond the Wall: Stories from the other side of the immigration crisis
Ashley McKinless
Following the deportation, Senator Casey criticized the Trump administration for wasting resources on deporting a vulnerable family instead of “targeting an individual who posed a threat to our nation.”

“We may never find out what happens to this child & his mother,” he said in a tweet, “but their fates should weigh on the conscious of this Administration.” 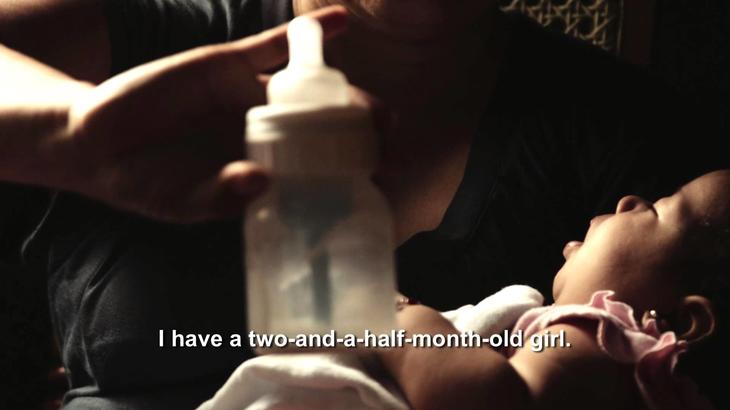 I support Bob Casey. I believe he is prolife. Realize however that some would question his prolife credentials.

Senator Casey may have a tough fight in his upcoming election. His likely opponent launched his political career in Hazelton attacking immigrants.

There are few people in Congress who more enthusiastically support Israel's barbarism towards the Palestinian people than does Senator Casey. "Catholic" Robert Casey has profound contempt for Palestinians and their lives and is the
antithesis of one who can justly label him/herself as "pro-life".

As a resident of Southwestern Pennsylvania, Pittsburgh area, I am aware that the majority of counties in this region share a similar unpleasant fate. The majority of counties are top heavy with approximately 45% of the population over 50 years of age and only 32% age 30 or younger.
This results in a yearly decline in population for most counties due to there being a higher percentage of deaths as opposed to births each year.
Trump's immigration policy only exacerbates the problem. Without an infusion of new blood in our area, our counties will eventually atrophy and die. So Trump's policies not only do a grave injustice to immigrants, like the mother and daughter described above being returned to a life threatening situation, but it also robs counties like ours of new residents and a new labor force needed for our survival. Trumps approach to immigration is both short sighted and counterproductive to the economic needs of our country.

Where is the promise from the President to aim law enforcement at violent, illegal immigrant criminals and look out for productive illegals? I'm sadly sure that any question to the administration would be met with a non-answer, with no "Pressing" of accountability.
What do these decisions say about our asylum approval and higher court justice? I would like to have read more about their decisions.
It is important to understand the resources needed to adjudicate this unfortunate decision took that many resources away from pursuit, capture and deportation of violent illegal immigrants. Law enforcement and the judicial system must be made to explain, how this case, and tens of thousands like it, are making us safer when it allows violent illegal activities, including human trafficking, murder-for-hire, extortion, drug trafficking and racketeering through displacement of law enforcement effort.
If you will allow a juxtaposition; the Roman Empire gathered up early Christians and sent them to the arenas for the entertainment of the masses. All the while, the Huns, Visigoths, and other rebels were plotting their invasions, roaming freely in remote provinces and internally, corruption was spreading its cancer throughout the senate and aristocracy.
How then, does this Republic stand?