To fight climate change, we need to improve capitalism, not get rid of it 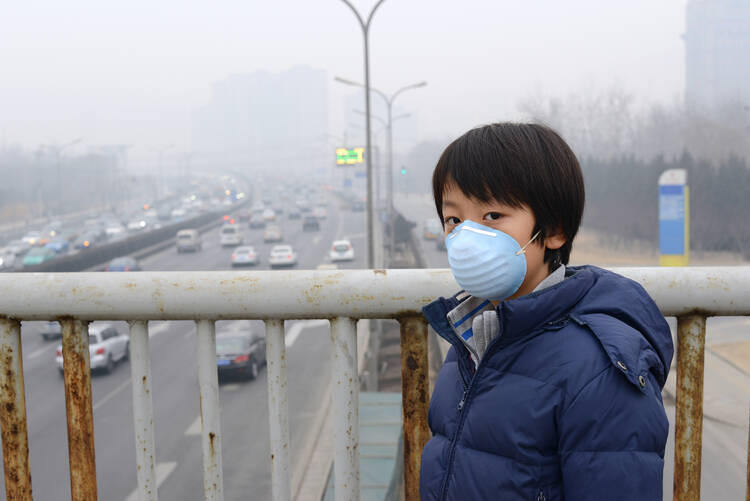 Pope Francis correctly points out the evil fruits of capitalism, including inequality. However, no other system has lifted billions of people out of poverty. It is an imperfect system, with many flavors, but it is our best form of imperfection. Now, more than ever, we must rely on—and change—its dynamics.

We live in the Anthropocene, a period defined by the emergence of humans and our impact on the climate and environment. Before this period, there were five major mass extinctions: Ordovician, Devonian, Permian, Triassic and Cretaceous. Each time, a catastrophic event, or series of events, wiped out between 76 percent and 86 percent of all species.

Should we be concerned about another mass extinction? We cannot ignore the signals from nature itself.

Should we be concerned about another mass extinction? The Industrial Revolution has dramatically affected the climate, causing the melting of the Arctic, rising sea levels and unbearable pollution in cities such as Beijing and Mumbai (and, at one time, Los Angeles). Yet the idea of climate change is still controversial. Is it hyperbole or undeniable reality?

I contend it is the latter. We cannot ignore the signals from nature itself, akin to red alerts if one pays close attention. Scientists estimate that we are now losing species at 1,000 to 10,000 times the natural long-term rate. That means dozens of species are going extinct daily. In her book The Sixth Extinction: An Unnatural History, Elizabeth Kolbert reports that a third of all reef-building corals, a third of all freshwater mollusks, a third of sharks and rays, a quarter of all mammals, a fifth of all reptiles and a sixth of all birds are headed toward extinction.

The answer to this scourge is capitalism, but in a new form and magnitude.

For decades, there has been a largely philanthropy-driven effort to promote socially conscious investing and grant-making. There has also been a substantial growth in socially responsible for-profit businesses of various kinds. But only recently has a focus on social and environmental responsibility started to gain traction among for-profit investors and financial markets. It takes the form of a new approach called E.S.G. (for “environmental, social and governance”) investing, and it is increasingly being used by endowments, pensions and family-controlled investment groups.

Only recently has a focus on social and environmental responsibility started to gain traction among for-profit investors and financial markets.

E.S.G. investing has been mainstreamed through “impact investment” firms that seek both financial and social returns, as well as through philanthropy. In total, these efforts account for the hundreds of.billions of dollars invested in private markets annually. Evidence from leading business schools and experts suggest that E.S.G. investing can increase financial and social returns by lowering the cost of capital, reducing volatility, increasing returns (or the risk premium), improving governance (a proxy for management) and mitigating a variety of regulatory and other risks. Once an outlier, E.S.G. is now seen by the U.S. Department of Labor as valid in helping to determine the value of an investment.

Here is the challenge, and it is enormous: The hundreds of billions invested annually from impact investing and philanthropy is critical but only a first step in addressing worldwide environmental change. Compared with the scale of global capital markets overall, it is a drop in the bucket. We must focus on the approximately $180 trillion invested annually in public global financial assets. E.S.G. investing barely touches this sector, but it is only this quantum of capital that is truly capable of shifting our global trajectory, through investments in a cleaner environment, improved governance and healthy communities. We have not yet seized the opportunity to drive powerful change through the allocation of global public capital. Reasons for this include the short-termism of financial reporting, managerial priorities and differences between investors in different geographic areas (for example, Europe is much more E.S.G.-focused than the United States is).

We are nearly out of time. Most environmental scientists warn that if temperatures rise another two to four degrees Celsius (as I am sure they will without action), we will face irreversible change, including crop failure, flooding, diseases, wildfires, rising waters, extreme heat, and social and economic instability at a global level. An alternate course is possible if our greatest investors, and the trillions in assets behind them, recognize the gold mine waiting to be prospected: $180 trillion annually!

The time is now for a course correction in capitalism, and its rewards are abundant. Everyone should preach this gospel. 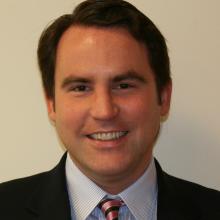 Yes, the answer is capitalism. Solar energy is becoming cheaper than fossil fuels. This could dramatically change the picture on efforts to reduce climate change. Our political situation in the USA is so discouraging right now because we elected a corrupt and treasonous man to the presidency. He intends to destroy all movement toward real progress. It takes so much effort to fight corruption - that effort could be better spent addressing the other problems we have.

Capitalism or at least the free market version of it is human nature or the natural law. It is allowing humans to be free in their pursuits and has delivered incredible benefits to mankind.

But like many other parts of our natural tenancies, it has to be tempered by revealed law or a higher order. The problem is that anytime someone sees something go wrong they want to blame the system and replace it with its opposite instead of tweaking it to make it more effective.

The Jesuits are potentially a great force for good but too many of them have gotten enthralled with heaven on earth and have ended up on the wrong side of the natural law trying to get a quick fix by the government instead of pursuing what is really good for the world, using how God has made us to achieve a greater goood.

Climate is one of the areas that is least understood but is a sea of disinformation and as such the current political "climate" will not allow people to freely make good decisions. Until free and open dialogue is allowd to happen there will not be good ways to tweak the system to get a good outcome.

Just for the records, even Big Oil companies do recognize the human cause of global climate changes and are working with people of good conscious such as Ivanka Trump to defend the Paris Climate Accord. (BTW, Ivanka is the only person of influence in the Trump administration that I respect so far)

I hope that knowledge and common sense will win over ignorance and fear. In other words, I hope that capitalism will avoid the fate described by Karl Max - “Capitalism will dig its own grave”

US capitalism needs an overhaul. The nation’s top publicly traded companies in 2014 reinvested two percent of their profit into their business, down from seventy percent in the early 1980s. Two percent reinvestment perhaps lines up with a Wall Street vision for a banana republic.