The Supreme Court, the Senate and the Filibuster 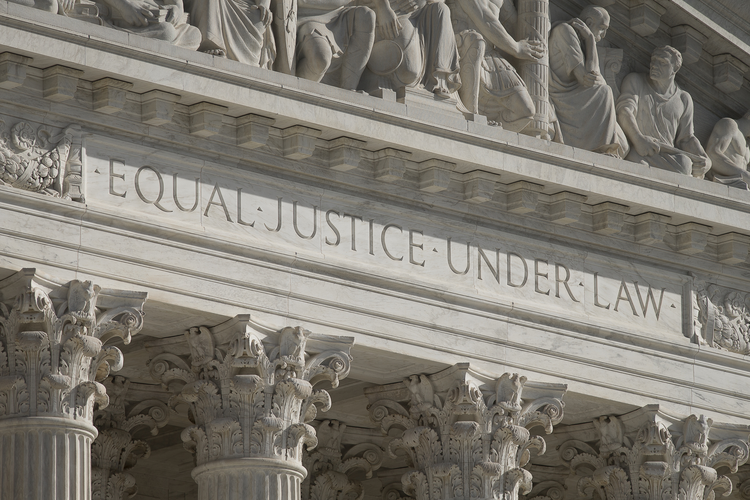 In order to confirm Justice Neil M. Gorsuch, Republican senators invoked the so-called “nuclear option,” eliminating the filibuster for Supreme Court nominations. While this development is new, contention over both the court and the filibuster have a long history.

In 1987, as a fight built over the nomination of Judge Robert H. Bork, America’s editors pointed out that the pretense that the argument was about his qualifications, rather than politics and ideology (and especially abortion) could not and should not be maintained.

Thirty years earlier, Senator Paul H. Douglas of Illinois had argued in America's pages for stopping the filibuster to allow civil rights legislation to proceed. The anti-filibuster push was unsuccessful, and Senator Strom Thurmond went on to set the record for the longest filibuster, speaking for more than 24 hours in opposition to the Civil Rights Act of 1957. The bill eventually passed.

“Historical” arguments, supposedly based on the intentions of the Constitution's framers, are already being made in the Senate to prove that no one should impose an ideological test on the Bork nomination. Even granted the Judge's impeccable legal and academic qualifications for the Supreme Court, it would be silly to maintain that politics or ideology should have nothing to do with whether his nomination is easily confirmed, or confirmed at all. The Senate's consent cannot be forced by a show of academic probity or impressive legal credentials, even if, all other things being equal, such qualifications should count the most. Inevitably, there will be a political struggle, so let there be a minimum of crocodile tears on that score. Those now friendly to the Bork nomination might well be questioning the nomination of some other candidate hereafter, and legitimately so.…

The Senate's consent cannot be forced by a show of academic probity or impressive legal credentials, even if, all other things being equal, such qualifications should count the most.

There can be little doubt that Mr. Bork's reservations about Roe v. Wade, the 1973 Supreme Court decision that removed the regulation of abortion from the states and legalized it nationwide, will be a decisive factor in determining the outcome of the confirmation debate.… It is the implacable opposition of pro-abortion lobbyists that has given this debate its fierceness so far and promises to be its most characteristic feature.… Mr. Bork is not the only one who doubts the wisdom of Roe v. Wade. If Mr. Bork's opinion of Roe v. Wade is to be the litmus test of his suitability, then he passes.
-Editorial, Sep. 5, 1987

When the Senate of the 85th Congress convenes this week, a number of us, Democrats and Republicans, will move to change Rule 22—the filibuster rule in the Senate.

Not since the Reconstruction Era at the end of the Civil War has civil-rights legislation been passed into law. Civil-rights bills in the Senate have been talked to death eight times since 1938. Numerous other civil-rights bills have died because of the threat of a filibuster.…

The filibuster, or the threat of a filibuster, has killed not only civil-rights legislation but other important bills as well. When progressive measures have not been killed they have, more often than not, been watered down to meet the demands of their opponents because of this Sword of Damocles which hangs over the Senate.…

Unless this is done, the pledges made by both Republican and Democratic parties on civil rights are meaningless and hollow. What is at stake is the dignity of the Senate and its ability to function as a democratic legislative body. Only if this effort is bipartisan can it be successful. Equally so, if it is bipartisan, it will be successful. A small minority must not be allowed to prevent, forever, even the consideration of what the overwhelming majority of the Senate and the country desires.
-Senator Paul H. Douglas, Jan. 5, 1957

Catholics, Joe Biden and Ted Kennedy were the originators of the hostility in the Senate against Republican nominations especially Bork and Clarence Thomas. Before Biden took over, most nominees were appointed by large majorities. Abortion is so critical to the Democrats.

Also the nuclear process should actually be called the "Reid Option" after Harry Reid who along with Chuck Schumer are the ones who are responsible for the current breakdown of Senate cooperation.