Learning from the United States' disastrous infatuations with dictators 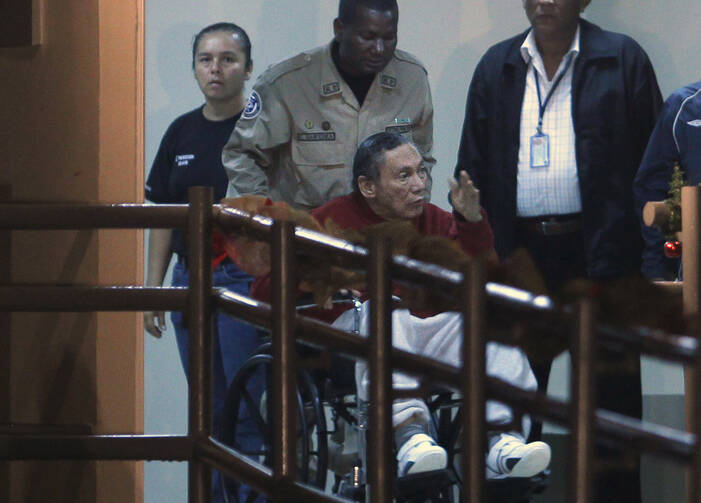 In his 1990 book about Manuel Noriega, Our Man in Panama, John Dinges notes that the infamous military strongman was a master at coaxing, tricking or torturing information out of others. Yet the former Panamanian president “shied away from ever defining himself, as if he were a stellar black hole absorbing immense amounts of energy but reflecting no light.”

This speaks to the dark soullessness not only of Mr. Noriega but of the many sinister Latin American dictators with whom the United States had bromances—and divorces—during the Cold War. Mr. Noriega was the last of them, and now, at age 83, he lies in an intensive-care coma in Panama after surgery to remove a brain tumor. Doctors say the prognosis is not good.

As the former dictator languishes in a hospital bed, the Western Hemisphere should ponder the troubling geopolitical lesson he embodies. That is: the enemy of your enemy is not always your friend—he often turns out to be an even worse enemy. Mr. Noriega represented the last act of a chronic U.S.–Latin American tragedy, and it took a deadly U.S. invasion to pull him off the stage.

Noriega represented the last act of a chronic U.S.–Latin American tragedy, and it took a deadly invasion to pull him off the stage.

In the last century the United States made a routine of coddling military monsters, from Rafael Trujillo in the Dominican Republic to Augusto Pinochet in Chile, in the name of anti-communist stability in the hemisphere. Mr. Noriega was one of Washington’s favorites as early as the 1950s when he was an army officer aiding the Central Intelligence Agency with counterinsurgency tips.

What Mr. Noriega really embraced was psychological operations, which helped him compensate for his short stature and unattractive countenance. (A lifelong battle with acne brought him the unfortunate nickname Cara de Piña or “Pineapple Face.”) Those skills helped him seize power in Panama in 1983, two years after populist dictator Omar Torrijos had died in a plane crash.

By then, Mr. Noriega was also making millions through drug trafficking. He quickly gained a reputation for ruthless violence—especially after the 1985 murder of a political opponent, Hugo Spadafora, who was tortured and decapitated. (Mr. Noriega was later convicted of ordering the killing.)

At first the Reagan administration seemed to turn a blind eye to this. It believed that Mr. Noriega was still useful in the Cold War proxy conflicts ravaging Central America in the 1980s. And it wanted the Panamanian dictator’s help in funneling arms to the Contra rebels fighting the Marxist Sandinista government in Nicaragua.

Vice President—and former C.I.A. director—George H.W. Bush was a Noriega buddy in the early days of the dictatorship. But by the time Mr. Bush himself became president in 1989, he had decided Mr. Noriega’s utility was outweighed by his partnership with the Medellín cocaine cartel and his brutal repression of Panama’s political opposition.

Noriega’s utility was outweighed by his partnership with the Medellín cocaine cartel and his brutal repression of Panama’s political opposition.

Mr. Noriega was actually not as brutal nor even as corrupt as the likes of President Trujillo. He “was a second-rate dictator and a third-rate drug trafficker,” says Mr. Dinges, now a journalism professor emeritus at Columbia University. But perhaps because the U.S.-Noriega marriage had been so open, Washington eventually felt it urgent to turn against and demonize Mr. Noriega. Admittedly, he made that easier in 1989; images of his goons beating Panamanian politicians who protested his brazen election fraud made him an international pariah.

Then, just before Christmas, Panamanian defense forces killed a U.S. Marine lieutenant at a Panama City roadblock. (The United States was still in control then of the Panama Canal.) For President Bush, that tipped the scales in favor of an invasion to collar Mr. Noriega.

But almost 30 years later, the justification for the invasion—which led to the deaths of hundreds of Panamanian civilians—is still widely debated. It was another example of the fatal car wrecks that so often result from U.S. alliances with thugs posing as statesmen.

Mr. Noriega’s legacy certainly scarred Panama, where he is still serving a prison sentence. But it is fitting that he also spent almost 20 years in a federal prison in Miami. It is Miami that has received the largest share of Latin American immigrants fleeing government dysfunction in their home countries, an affliction due partly to our nation’s historical preference for propping up dictators in the name of “stability.”

The article is right about Noriega. He was a thug and drug pusher. But as a very infrequent piece to grace the pages of America with coverage of Latin America the article leads to the erroneous impression that the United States did little but evil in Latin America. That's a shame because this nation has also promoted human rights and aided social and economic development, in addition to democratic institution building. One is reminded of what NY Times writer James Reston said in the 1950s: Americans will do anything for Latin America except read about it. Hopefully, America will produce informative and insightful coverage of the region that is the most important to the United States. No other Catholic publication is doing it and it's a major failing that must be corrected.