How can the church help the victims of climate displacement? 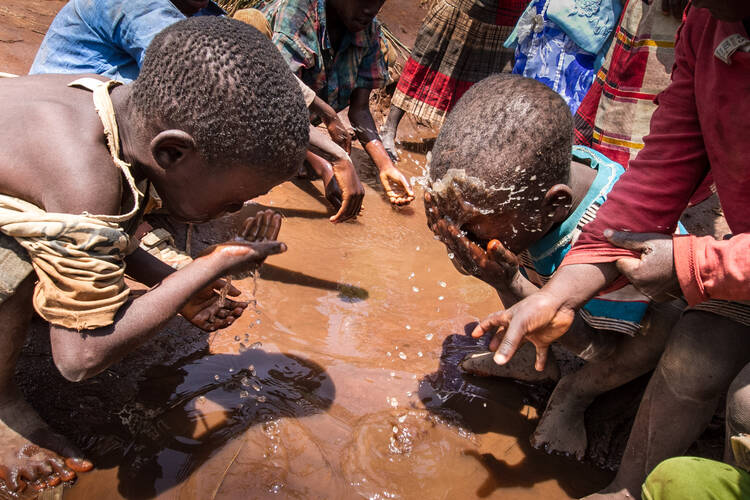 Refugee children wash their faces in a puddle in the refugee camp at Mwanza, Malawi, Feb. 8. (CNS photo/Erico Waga, EPA)

In Malawi, there is no question that climate change is real. It is already affecting vulnerable populations across the world, in places that are the least able to adapt.

The recent drought related to El Niño—the worst the region has seen in 30 years—has exposed the vulnerability of Malawi to the long-term effects of climate change. Eighty-five percent of Malawians reside in rural areas, and almost all rural communities subsist on rain-fed agriculture. Drought puts further pressure on farmers to engage in income-generating activities that are environmentally harmful, like burning trees to make charcoal to sell. The feedback loop between the adverse effects of climate change and poverty-related environmental degradation represents a pernicious and growing threat to small farmers. And the adverse impacts of climate change are expected to worsen. One study predicts that by 2050 there will be 500,000 more deaths annually across the globe related to food insecurity.

Climate change is already affecting vulnerable populations across the world, in places that are the least able to adapt.

How can we best respond to the cries of the earth and the poor when there is an increasingly clear causal relationship between climate change, food insecurity, environmental degradation and forced migration?

The Jesuit Center for Ecology and Development and the Jesuit Refugee Service are working to address the impact of climate change on the most vulnerable in Malawi and to spur socioeconomic development for the vulnerable and marginalized.

J.C.E.D.’s programs address climate change and environmental degradation by encouraging sustainable stewardship of land. It works to reduce charcoal usage and deforestation through energy-efficient stoves; to enrich the land and empower young and single mothers through a vegetable farming project; and to promote “conservation agriculture” through organic food production and reforestation.

At the same time, the J.R.S. runs environmental programs in the Luwani refugee camp, a settlement on the southwest border with Mozambique. I recently visited the camp, and the refugees proudly demonstrated their solar-powered water pump, seedling production and biomass briquettes for fuel. The Mozambican refugees in the camp are fleeing violent conflict but also drought. It is often difficult to isolate climate as the only factor in migration related to slow-onset disasters.

The Jesuits have a rich history of commitment to environmental stewardship that is predicated on reconciliation, justice and conversion.

The Jesuits have a rich history of commitment to environmental stewardship that is predicated on reconciliation, justice and conversion. Part of the Society of Jesus’ mission, as articulated by its 35th General Congregation in 2008, is to address environmental and ecological challenges: “Our concern for ecology and creation has to be seen primarily in the context of two other sets of relationships: with God and with others.” Recognizing and upholding relationships between human beings, God and God's creation calls for more than an academic awareness of climate change; it requires a conversion of heart.

The Catholic Church's holistic approach to climate change and poverty has much to teach not only Catholics but also secular leaders. To address the intertwined issues of climate change and environmental poverty, food insecurity and forced migration, the church could leverage the energetic global Catholic community to foster policy change and protect the most vulnerable among us.

The stakes and consequences for the most vulnerable and marginalized are too great to ignore. Through reconciliation and restoration of right relationships with our faith, others and creation, and a conversion of the heart, the global Catholic community can adapt to and mitigate the worst effects of climate change.

At the turn of the new millennium, the biblically inspired Jubilee Year campaign called for the forgiveness of the external debt of the poorest, most heavily indebted countries in order to free up spending for health care and education. The campaign effectively used Catholic social thought to elicit change. We must once again mobilize our network of parishes, schools and community-based organizations to raise a collective voice in favor of action on climate change that serves the needs of the global poor. 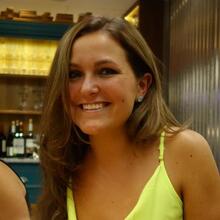 Tessa Pulaski, a graduate of Georgetown University's School of Foreign Service, is an intern at the Jesuit Center for Ecology and Development in Lilongwe, Malawi.