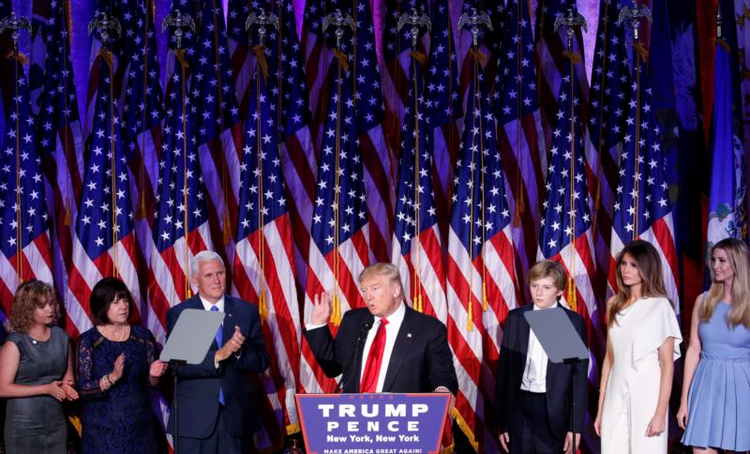 Sister Rita Petruziello said she could feel the "contention and nastiness" in the air during the presidential election campaign of the last year. Instead of getting better as the process went along, it kept getting worse.

"It didn't matter who won," she told Catholic News Service on Jan. 3. "There would be a lot of unrest, division and hatred."

But she couldn't just sit without doing anything about it and decided to find a way to counter all those bad feelings she was seeing and hearing.

Sister Petruziello, a member of the Sisters of the Congregation St. Joseph in Cleveland, has since put together Circle the City with Love, an event that seeks to gather people across cities in the United States on Jan. 15 at 3 p.m. Eastern Standard Time, have them join hands in their respective cities and, in silence, meditate together as a means to foster peace.

The intention behind the event is to reduce the acrimony around the country during and after the presidential election. The title and format had been used before during an event in Cleveland tied to the opening of the Republican National Convention there in July 2016. And it must have worked, she said, because Cleveland did not experience the violence many had feared during the convention.

"We had been expecting riots and nothing happened," she said.

So now she wants to apply the concept nationally and has asked people around the country to organize local events that will result in harmony, not more rancor, prior to the inauguration of Donald J. Trump as the country's 45th president on Jan. 20.

More than 40 groups in 17 cities, as well as a group in Australia—whose participants will gather at 4 a.m. local time—have agreed to participate. More continued signing up in early January, Sister Petruziello said.

Karen Clifton, of Catholic Mobilizing Network in Washington, said her group will participate, "to stand in solidarity with our sisters and brothers across the country—and world—praying for peace, mercy, and justice as we begin this new chapter in history."

"In the aftermath of a very divisive political season, it is vital that we move forward with mercy and compassion toward each other," Clifton said in an email interview with CNS. "This event provides the perfect opportunity for each of us to stand united in the work to bring mercy and justice to our world."

What she and her organization seeks most is to bring people together in the hope of peace and healing, she said.

"Catholic Mobilizing Network hopes that this event can serve as an example of nonviolence throughout our country and promote a peaceful transition of administrations," she said.

While registering online, organizers asked participants to pledge to a nonviolent and nonpartisan half hour of silence "in the spirit of love around the inauguration of the president-elect and all the demonstrations being held throughout the week."

Groups, such as Act Now to Stop War and End Racism, known as ANSWER, are organizing protests and events on or around Inauguration Day in Washington to voice their opposition to the incoming president. ANSWER has said it is gathering people for a Protest at the Inauguration: Stand Against Trump, War, Racism and Inequality march on the day of the inauguration. On Jan. 21, the nation's capital will host the Million Woman March, an event organized largely via Facebook.

Sister Petruziello said her event is not "religious," nor is it partisan, and is open to anyone who "wants to bring that peace and love into the universe, because we need it."

Show Comments (
2
)
Comments are automatically closed two weeks after an article's initial publication. See our comments policy for more.
Lisa Weber
3 years 1 month ago
This is nice, but there won't be much peace until we get some justice on the Russian interference with the election, and the possible continuing Russian influence on the Trump administration. And the only way to keep a handle on the Republican intention of destroying every program meant for the common good is to be vigilant and keep writing and calling the members of Congress, and demonstrating, and doing whatever is necessary to let them know that their plans are unacceptable. This may not be the right time for peace if "peace" is a code word for passivity.
Carlos Orozco
3 years 1 month ago
Well, just as long as "justice" is not a code word for further destabilization through provocation, war and regime-change policies that have set the world on fire during the last two Executive administrations. After the revelations of Edward Snowden on the abusive activities of the surveillance state, I find it puzzling that the NSA has so little to say with regards to the Russian "hacking". It seems that the CIA, the same agency that provided the fake evidence for the 2003 invasion of Iraq and later armed the "moderate" head-choppers in Syria, has now taken the lead in directing the Russophobia propaganda, to the delight of the parroting MSM.
Advertisement
More: Donald Trump / Election 2016 / Social Justice