How bad journalism is hurting people of faith. 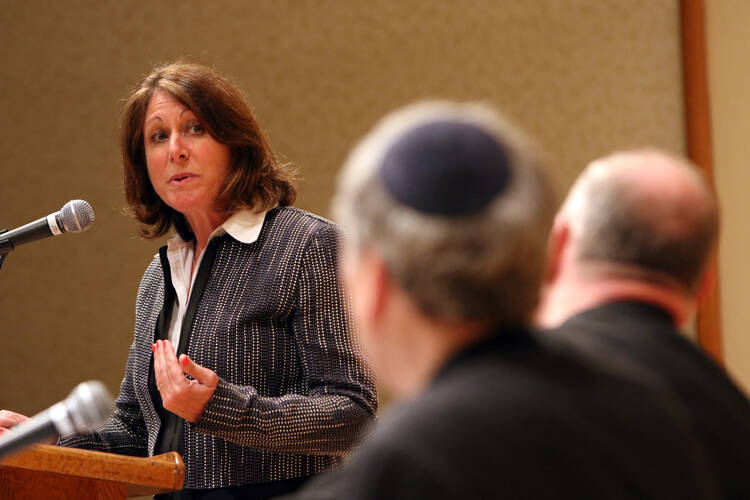 On Thursday, Dec. 8, Dean Baquet, the executive editor of The New York Times, lamented the dearth of good religion journalism in an NPR interview with Terry Gross. “We have a fabulous religion writer [at The New York Times], but she’s all alone,” said Mr. Baquet. “We don’t get the role of religion in people’s lives. And I think we can do much, much better.”

On the very same day, that “fabulous religion writer” Mr. Baquet referred to, Laurie Goodstein, echoed his concerns at the Religious Literacy in Journalism Symposium at Harvard Divinity School. The symposium was part of a series spearheaded by Diane Moore of Harvard Divinity School, intended to improve religious literacy across many professions. (Full disclosure: as a student at H.D.S. I worked as a teaching assistant for the Religious Literacy Project, which Professor Moore directs.) Forthcoming symposia will address the need to further religious literacy in humanitarian action, business and government.

“I’m glad that we’re all here because we now have urgent work to do,” Ms. Goodstein said in her keynote speech. “Religious literacy has probably never been more important, or more of a challenge. The grounds are shaking, the fissures are cracking open all around us, and the faultlines all seem to intersect. Race, class, gender and underneath it all like molten lava: religion.”

The sense of urgency surrounding religion journalism has emerged from the rise of fake news and the ascendance of Donald J. Trump, who has pioneered a “post-truth politics” that places a premium on narrative over fact. Perhaps more than ever, people are beginning to care less about the factual truth of the news they consume, and more about whether it speaks to their experience of the world. All journalists in attendance appeared to agree: journalism has to change not only in order to better challenge false conceptions about religion, climate change and immigrants—to name a few topics—but also to simply survive.

How can journalists keep their readers without pandering to them, as viral fake news sites do? While the speakers at Harvard found no simple answer to that question, Ms. Goodstein recommended that journalists start by tackling the misconceptions about religion. “We don’t have any solution—yet—to fake news,” she told her audience, “but we can do something about the shoddy and misguided reporting on religion that is all too commonplace.”

Ms. Goodstein drew attention to several misunderstandings of Catholicism in highlighting the need for better religious literacy. “[Many] journalists don't know the difference between an archbishop and a cardinal; they think [Catholics] worship Mary; they conflate homosexuality, chastity and pedophilia; they assume priests and nuns all live in monasteries; they think the pope controls what every bishop and priest says and does; and when some bishop somewhere pops off somewhere on some topic it gets reported as if the Vatican has spoken.”

Muslims are also frequently misrepresented in the media, Ms. Goodstein noted. In the current U.S. political climate, Muslims are far more likely than Catholics to experience fallout from this misinformation in violent and life-threatening ways. Muslims are repeatedly attacked by people who take the actions of a small number of Muslims who commit terrorist attacks to represent all 1.6 billion Muslims living in the United States and abroad. As a recent report by Georgetown University’s The Bridge Initiative points out, Catholics are one of the groups whose religious literacy about Muslims is in dire need of improvement.

Better religious education is clearly needed for people of all faiths and professions. One way forward, offered by Stephen Prothero of Boston University, is increased collaboration between journalists and academics. “This is an important moment for us to work together,” he said. “Not only to understand religion and the religions, but also to defend our institutional freedom, on which our two professions depend.”

Eloise Blondiau is a graduate of Harvard Divinity School, where she completed a master's degree in religion and literature, and won the Dean's Fellowship for her academic achievements. During her studies she interned at the news desk of The Sunday Times and in Vogue's features department. Before joining America in 2016, Eloise was a research and teaching assistant for religious literacy at HarvardX.

@eloiseblondiau
Show Comments (
19
)
Comments are automatically closed two weeks after an article's initial publication. See our comments policy for more.
JR Cosgrove
6 years 1 month ago
I agree that most discussions about religion in major new sources are both biased and misleading and thus could be considered fake news. It is interesting how the author morphed from the concept of fake news in religion (routinely practiced by the NY Times) to fake news in general (also routinely practiced by the NY Times). She links Donald Trump with fake news when it mostly a product of the left and their media advocates. The comment about Trump has no place in the article.

Catholics are one of the groups whose religious literacy about Muslims is in dire need of improvement.

I don't agree with Ms Blondiau comment. The average Catholics's minimal knowledge about Islam is probably better than what is proclaimed by many so called Catholic experts on Islam which I have found incredibly misleading. It would be interesting to see just what Ms Blondiau thinks is wrong about the average Catholic's view of Islam.
Joanne Newnam
6 years 1 month ago
Bingo, J Cosgrove. Plus lets talk about the faux Catholic web sites exposed by John Podesta and Ms. Palmeri with the purpose to denigrate the church's position on abortion, marriage, etc. This revelation so rattled bishops across America that they finally spoke out. And I do not agree that Trump had anything to do with this. As I have observed everything that the left accuses the right/ Republicans of, they are actually guilty of. There is so much faux news on the MSM but they still don't recognize lies of omission as an obfuscation of the truth. Saw our country descending into a Venezuela until Trump. The only ones seeking a premium of narrative over fact are the left. Donald Trump had to deal in facts every day that he ran his businesses.
Chuck Kotlarz
6 years 1 month ago
Would you give us an example of a state or a major city (over 250,000) where the abortion rate and the divorce rate have declined under republican leadership.
Richard Zeile
6 years 1 month ago
Michigan under the Snyder administration has seen decline in the abortion rate, and I believe divorce as well- but this is probably more due to demographic factors than to policy decisions pertaining to the issues of divorce or abortion.
Derrick Weiller
6 years 1 month ago
J Cosgrove: please cite clear and compelling empirical evidence for your assertion that "...fake news [is] mostly a product of the left and their media advocates." Thank you.
JR Cosgrove
6 years 1 month ago

please cite clear and compelling empirical evidence for your assertion that "...fake news [is] mostly a product of the left and their media advocates

The situation arises because mainstream media assumes that religion ought not play a role in the public square, and so does not bother to inform itself, much less its comsumers, of religion's normative or descriptive perspectives. Personally, I like journalism that informs, not merely reinforces prejudices, no matter left or right, but I have seen story after story presented in the same trappings of enlightened progressive versus unenlightened reactionary. This has lead to many false news stories, like that revelation that Trump talked dirty in a private conversation a decade ago (maybe true, but is it news?), and the report that Hispanic voters were turning out at unprecidented levels to vote against Trump (totally untrue, and probably an attempt at self-fulfilling prophecy to influence the turnout). The mainstream media should begin with cleaning their own house before complaining about "fake" news.