Why has Chicago failed to honor the grave of Emmet Till? 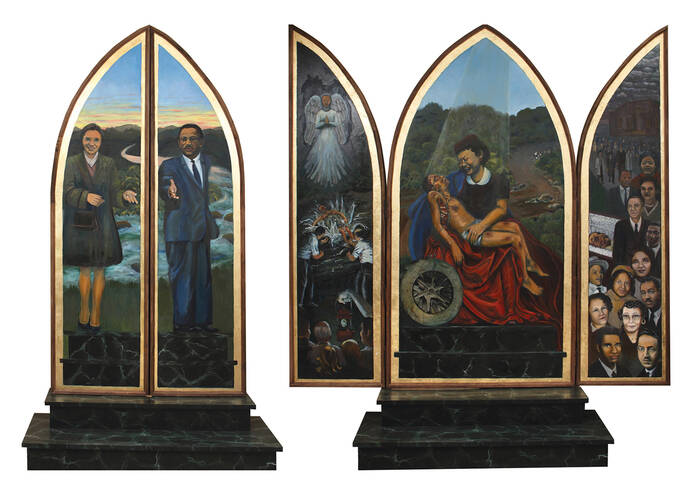 Emmett’s mother is a pretty-faced thing;
the tint of pulled taffy.
She sits in a red room,
drinking black coffee.
She kisses her killed boy.
And she is sorry.
Chaos in windy grays
through a red prairie.
— Gwendolyn Brooks
“The Last Quatrain of the Ballad of Emmett Till”

Loose change and sagging sunflowers decorate Emmett Till’s modest grave marker at Burr Oak Cemetery, just outside of Chicago. After one of my own teenage students was murdered, the site became a place of occasional pilgrimage for me. Sergio was a wildly promising teenager at Cristo Rey Jesuit High School, where I teach. His death by shooting was a terrible reminder of the injustice that persists in the city where Till lived most of his 14 years.

Till’s famous funeral casket—glass-topped at the insistence of his mother, who wanted the world to see his tortured body—now takes its place as a cornerstone of the new National Museum of African American History and Culture, which opened in Washington, D.C., on Sept. 24. (He was reburied in a different casket in 2005 after his body was exhumed as part of a new investigation into his murder.) It is a fitting time to question whether Till’s hometown of Chicago has come to terms with the legacy of his life and death

Emmett Till was murdered in 1955 for allegedly whistling at a white woman in Mississippi, where he was visiting family. The boy’s brutal death helped to launch the modern civil rights movement. That history—and his mother’s courage in showing the world his sickening fate—have rendered his grave a hallowed place. Yet the marker itself is easy to miss. In other corners of Chicago, the city’s white titans of industry lie in rest on the regal grounds of the Rosehill or Graceland cemeteries. Why has the city failed to honor the grave of its most famous martyred son? Racism, greed and a bizarre graveyard scandal provide parts of the answer.

From a distance, the only way to spot Till’s flat grave marker is a small metal sign nailed to a wooden stake that says “Emmett Till Memorial Bridge.” Running horizontally near the top of the stake, the sign completes a makeshift cross and refers to the city’s renaming of a highway overpass and a section of 71st Street on Chicago’s South Side in 2005. The area continues to struggle with poverty and gang violence. Two years ago, a 9-year-old boy was shot down in a dead-end alley two streets away.

Till’s remaining family members placed the sign by his grave at a recent memorial service marking the 60th anniversary of his death. Family members of recent, high-profile African-American victims of killings also attended the service, including the mother of Trayvon Martin and the father of Michael Brown.

The Rev. Michael Pfleger, the activist pastor of St. Sabina on Chicago’s South Side, helped preside over the memorial service. “I joined the anniversary because I believe we are not passing on his story like we should,” he explained by email. “And the violence against Emmett Till is very connected with what is going on today.”

Till’s name is frequently invoked in connection with tragic deaths that have given rise to the Black Lives Matter movement. Joy Bivins, director of curatorial affairs at the Chicago History Museum and native South Side Chicagoan, recently told me in an interview:

There is still a good deal to learn from Emmett Till’s story, unfortunately. While the surface has changed and lots of laws have been enacted since the time of his murder, we still see that there’s a very vulnerable place that young black people have in American society—nationally and locally, as well. It seems that the actors have changed, but in many ways, the vulnerability of the story of that black body has not changed.

The nature of racial violence has changed significantly since Till’s murder. What hasn’t changed is the perception that some lives are fundamentally cheap. If a young man or woman living in one of Chicago’s affluent neighborhoods were to be gunned down in broad daylight, it would likely be a front-page story. When a teenage person of color is murdered on gang-ridden streets, he or she often becomes just another tragic statistic.

That was the case with my murdered student, Sergio, who showed remarkable creativity in class and earned impressive test scores. His friends and family said that he was not a gang member, but because Sergio’s murder while riding in a friend’s car had some of the hallmarks of gang-related violence, his death made few headlines.

When I ask my high school students if they have heard of Emmett Till, many say they have, and from a wide variety of sources. They may mention a poster at an elementary school, an exhibit at the Chicago History Museum, a TV show or, most often, the music of another prominent Chicagoan, Kanye West, who in his breakthrough single “Through the Wire” described himself after a disfiguring accident as a “modern-day Emmett Till.”

Although Till’s story resonates in Chicago to this day, the physical reminders of his life and death are not easy to find. Chicago lost custody of Till’s casket in 2009 after investigators discovered it battered and abandoned in a storage shed at the cemetery. Raccoons and possums had taken up residence in the casket that had once alerted the world to Jim Crow injustices and racial violence. A former manager at the cemetery is now serving prison time for an elaborate reburial scheme in which she and several other employees resold burial plots and either exhumed the bodies once buried there or stacked several corpses in a single plot. Though Till’s remains still lie beneath his oxidized, copper-plated marker, more than 200 graves at the historic African-American cemetery were believed to have been raided.

Adding to the sacrilege and heartbreak, the former manager reportedly broke a promise to Till’s mother, Mamie Till Mobley, that Burr Oak would one day erect an “Emmett Till Historical Museum and Mausoleum” on the site. Till’s mother, a teacher and activist, is also buried there, alongside her second husband, but her elegant crypt is oddly separated from her son’s grave by the distance of roughly a city block. “Her Pain United a Nation” reads her apt epitaph.

Recently, when my sophomore students and I were reading a poem from Marilyn Nelson’s book A Wreath for Emmett Till, I showed the students photos of Till’s current gravesite. “That’s it?” asked more than one surprised sophomore. “There’s nothing else there?”

I mentioned how the first time I visited Burr Oak, five years ago, the situation was even worse: Crime tape from the investigation into the reburial scheme still covered the grounds. Dirt streaked Till’s marker, and it was hard to imagine any improvement in the whole grim scene. Today, however, the interior roads are paved and the grass carefully trimmed by a conscientious staff. A lovely new monument dedicated to families affected by the reburial scandal stands just inside the entrance. I saw it during my most recent visit, when I also noticed the diligent grounds crew busily preparing for a burial. Despite the time pressure, they welcomed me as I approached Till’s grave and answered a few questions. Interacting with the new, vigilant stewards of Burr Oak reminded me that the work of the living can also serve as a memorial.

“The power of [Emmett Till’s] story is not necessarily in the tragedy of his murder,” Ms. Bivins told me. “It’s the ability of his mother and the community to turn it into the story of his vulnerability.”

It may not be essential to have a large cemetery structure for Till. Perhaps the memorial services and renewed tending of Burr Oak are recognition enough, coupled with Chicago’s spiritual affinity for the teen. But the fundamental way to honor Emmett Till is not through mausoleums or pop references. It is the struggle to end the racial violence that still afflicts this city and our country—a more distant goal than the search for a fitting physical remembrance.

“You can never get enough of Emmett Till’s story,” said the filmmaker Keith Beauchamp, who produced a documentary on Till in 2004 and is currently working with Whoopi Goldberg and Frederick Zollo on “Till,” a film about the notorious murder. “There’s no other story that speaks to the consciousness of America better than Till’s, and the story must be told, time and time again.” 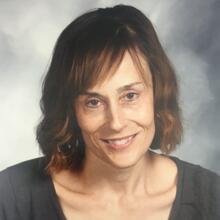 Carolyn Alessio is an English teacher at Cristo Rey Jesuit High School in Chicago. Her writing has appeared in The Chicago Tribune, The Chronicle of Higher Education, The Pushcart Prize and World Literature Today.

Show Comments (
2
)
Comments are automatically closed two weeks after an article's initial publication. See our comments policy for more.
Lisa Weber
6 years 2 months ago
Thank you for this article! We need to remember the lesson of Emmett Till and to act on it in the present day.
Henry George
6 years 1 month ago
This comment may seem unsympathetic. While it is easy to use the murder of Emmett Till as a marker for Social Change in our society the fact remains that Chicago is basically a War Zone for the Poor. When a member of a minority kills another member of a minority the News Media curtly reports it, if at all, and moves on, but that person is dead, as dead as Emmett Till. It is not so much we need to remember Emmett Till as we need to stop forgetting the hundreds of dead in Chicago and other cities that die each day/each weekend/each year.