A recipe for recovering from a bruising election. 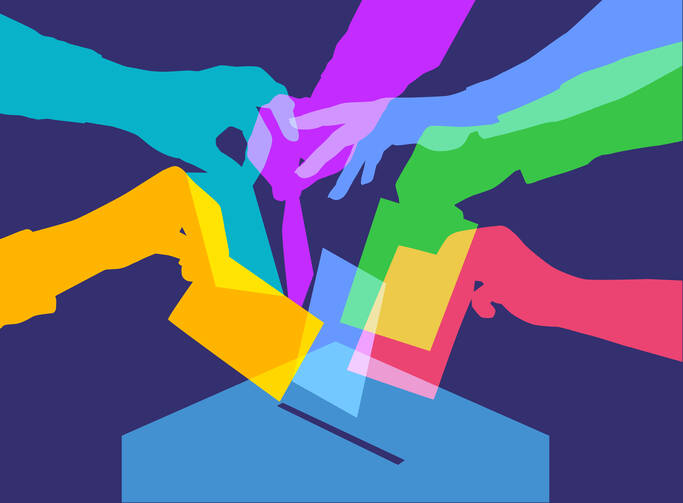 The last year has been a difficult one indeed, particularly for those who are in any way concerned about political life in the United States. As I write this column, the election has not yet taken place, though we are close to Election Day and early voting is already underway in many parts of the country, including my home town of Chicago. I do not know what the results are, and, like many here and abroad, I find myself nervous about the outcome.

Even as recently as a year ago I could not have anticipated the events that have unfolded. Like most political veterans and media commentators, I was convinced that Donald J. Trump’s candidacy for the Republican nomination would inevitably be a short-lived publicity stunt. Also like most people, I never could have imagined that a major-party nominee for president of the United States would do or say the sorts of things that he has subsequently done and said, let alone the inappropriate and possibly criminal things he has discussed allegedly doing.

Some readers may have concluded that I am playing a partisan role, talking down one candidate explicitly and thereby implicitly endorsing another. That is not my intention. Hillary Clinton, the Democratic nominee, is not a perfect candidate. However, at least at the time of this writing, she has not exhibited the racist, xenophobic, misogynist and otherwise appalling views that have become commonplace across the political aisle.

I don’t blame Mr. Trump exclusively for the divisions we have witnessed these last months. More troubling to me than his individual behavior has been the response of people who express feelings of disdain for immigrants, hostility toward women in power and persons of color, and hatred toward anybody and anything that does not conform to a narrowly defined concept of what is “legitimately American.” Less than two weeks before the general election, The New York Times reported that some Trump supporters are increasingly using the language of revolution to describe their anticipated reaction to the possible news that their candidate has not won. The language has been both violent and threatening.

So now I have begun thinking about Nov. 9 after many months focused on the day just before it. What will happen after the election? Can anything be done to repair the divisions that have been so sharply drawn? How might we stem the seemingly endless tide of fear and hatred and anger?

I believe that women and men of faith have resources and the responsibility to try to do something proactive, encouraging all people in these difficult times. One such resource is found in the writings of one of the most-popular saints in Christian history and the namesake of the current bishop of Rome: St. Francis of Assisi.

St. Francis believed that being a peacemaker and a reconciler was not something reserved just for a special few, but rather was part of what it meant to be truly human itself. In his famous “Canticle of the Creatures,” he highlighted how all aspects of creation give praise to God by virtue of what they were created to be: The sun shines, the earth provides vegetation and so on. When it comes to human beings, Francis believed that we give praise to God when we are reconcilers, peacemakers and lovers who endure the difficulties and disappointments of life with patience. Following St. Paul, who exhorted Christians to support one another, and Jesus Christ, who modeled love of enemies, St. Francis calls us to step away from the division, the hatred and the fear-based rhetoric that leads to violence. To think and engage in these ways is to be un-human and to not praise but actually stand against God.

Regardless of how the election turns out and despite the inevitable disappointment that will come for some, Christians must be exemplars of St. Francis’ insight by encouraging all women and men, regardless of their faith tradition, to become more human. This is a message we are all in need of hearing in the wake of such a startling and, frankly, dehumanizing election cycle. The only way forward is to have the courage to be what God actually created us to be: peacemakers, reconcilers and lovers.