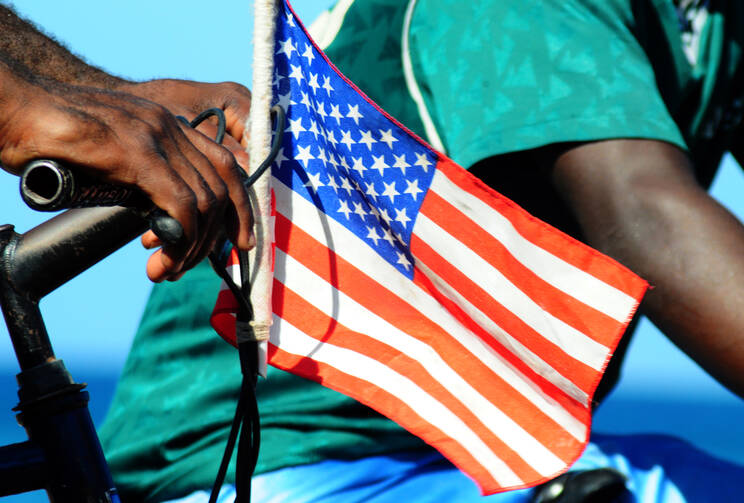 Haitian expatriates have long considered themselves a “dissed” diaspora—in both their new country and the old.

In the United States, the mostly black Haitian-American community has been pushed to the background among other immigrant groups. That is especially true in Miami, where Cuban clout eclipses that of Haitians.

Ironically, things are often worse for Haitian-Americans in Haiti itself. Haitian expats send $2 billion in remittances to the Western Hemisphere’s poorest country each year. Yet despite that, or perhaps because of it, Haiti’s political and business elite tend to treat Haitian-Americans with suspicion, if not contempt—to the detriment of Haiti’s development, which could sorely use their resources and know-how. During Haiti’s brutal Duvalier dictatorship, from 1957 to 1986, Haitian expats were branded a liberal and traitorous threat to the regime, and even the new democratic Haiti has continued to keep them at arm’s length.

Finally, however, Haitian-Americans are coming into their own as an expatriate force. It is perhaps most apparent in the political theater.

Jean-Robert Lafortune, head of the Haitian-American Grassroots Coalition in Miami, says, “In Haiti the elite called us kamoken,” which in Creole means “troublemakers.” A big reason: Expats might bring their Americanized notions of transparency into one of the world’s clubbiest and most corrupt political-economic systems.

As a result, Haiti has refused to offer its diaspora benefits that most expat groups enjoy, like dual citizenship or the right to vote in Haitian elections from abroad. But this year, Haiti’s leadership is changing its attitude—largely because it has rarely been so internationally isolated.

Haiti’s politics have become so dysfunctional and volatile that the country is still trying to pull off a presidential election that should have been completed almost a year ago. Exasperated foreign donor nations like the United States and Canada have refused to give any more electoral aid, leaving Haiti looking elsewhere for help when it attempts an election do-over on Nov. 20.

Haitian-Americans are stepping up. In exchange for Haiti’s pledge to deliver more diaspora rights, the expats will send a large mission of poll observers to help safeguard the election’s credibility. It is the first time the diaspora has been allowed to take part in Haitian politics in this way.

Haitian-Americans are also using a stronger voice in Washington. In September, the Obama administration announced it would resume deportations of illegal Haitian migrants, because, it claimed rather astonishingly, Haiti’s living conditions had markedly improved. Miami’s Haitian leaders decried the decision and got it reversed—at least temporarily—soon after Hurricane Matthew hit Haiti in early October.

It is in Matthew’s wake that Haitian expats may be starting their most important work: disaster and anti-poverty relief. After the 2010 earthquake, Haiti all but ceded control of the recovery effort to international donors and nongovernmental organizations, and the result was largely a debacle. Haitian expats say this time they are determined not to be sidelined.

“No international group knows Haiti better than we do,” says Sandy Dorsainvil of the Haitian-American charity Man Dodo Humanitarian Foundation, which sent a large mission to southwest Haiti days after the hurricane.

The expats have had unusually strong support from someone else who knows Haiti well: Miami’s Creole-speaking Catholic archbishop, Thomas Wenski.

Archbishop Wenski, appointed to Miami in 2010, championed the selection of Chibly Langlois as Haiti’s first-ever cardinal in 2014. Though the archbishop is of Polish descent, he this year received a lifetime achievement award from Fanm Ayisyen nan Miyami (Haitian Women of Miami), one of Miami’s leading Haitian organizations. His efforts are a reminder that Haiti needs to consider Miami a well of comrades—not a nest of kamoken.