With the release of ‘Secret Path,’ the front man of Canada's favorite band confronts the nation's past. 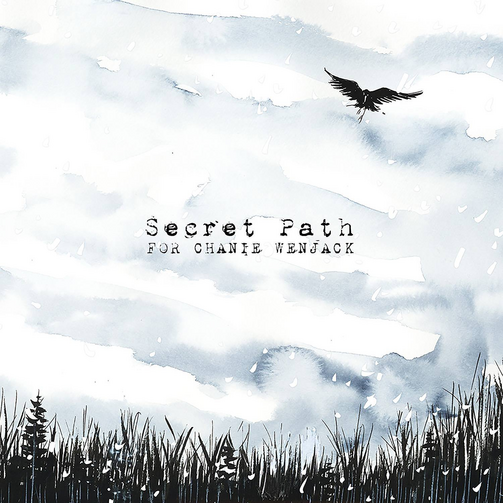 Gord Downie might not be a household name outside of Canada, but as the frontman of “Canada's band,” The Tragically Hip (colloquially “The Hip”), Mr. Downie carries a lot of clout in his home country. When he announced earlier this year that he had been diagnosed with terminal cancer, Canada rallied around The Hip as they embarked on an emotional national tour, celebrating a Canadian legacy and a new album, “Man Machine Poem.”

Their last show, in Kingston, Ont., was streamed live on C.B.C., interrupting coverage of the 2016 Olympics, to an audience of 11.7 million people. With prime minister Justin Trudeau in the audience and following dedicated media coverage interviewing fans and critics for months, the Kingston show would have been a tragic but high note to end on, closing the last chapter of a Canadian legacy.

But Mr. Downie had another project in the works. This time Canada's bard, famous for bringing local stories to life, would tell a story of Canadian injustice: the story of Chanie Wenjack. Wenjack, an Ojibway boy, died at 12 years old while attempting to walk 400 miles from a residential school in Kenora, Ont., back home to Marten Falls First Nation, an AnishinaabeFirst Nationreserve located in northern Ontario.

Residential schools have been a central focus of Canada's media as it processes the close of its Truth and Reconciliation Commission last year. The commission had been convened in 2009 as a multi-year process “to listen to survivors, communities and others affected by the Residential School system.” A report issued by the commission in December 2015 concluded that the purpose of residential schools was to separate children from families and interrupt the transmission of aboriginal cultural heritage between generations.

Primarily run by churches and church communities, a majority of them Catholic, residential schools were boarding schools where aboriginal children were disciplined out of their cultural heritage and often subjected to physical and sexual abuse. The last federally supported residential school was closed as late as 1996.

Chanie's story was first brought to national attention as a 1967 cover story in Canada's Maclean's magazine. To tell it, Mr. Downie put together a team of artists to produce “Secret Path,” a collaborative effort consisting of a musical album with lyrics by Mr. Downie, a graphic novel by Canadian artist Jeff Lemire, and an animated short film putting the album and graphic novel together. In the film, Mr. Lemire's haunting images of indigenous Canadian boys brought into line by Catholic clergy, only ever ominously shown from the chest down, are paired with Mr. Downie's signature elongated tones and allusive lyrics.

Throughout Mr. Downie's 10 songs, the audience accompanies Chanie as he walks down a lonely train track back home. Knowing that Chanie will not succeed makes the film incredibly difficult to watch, but the project is careful to present the journey with dignity and care. The film was shown publicly on C.B.C. on Oct. 23 (it can still be viewed online). Its airing was followed by a short documentary about the production of “Secret Path” that included Chanie's sister, Pearl Achneepineskum, who said she hoped that “Secret Path” would lead to all First Nations having their own schools, where children are allowed to stay with their families and learn their own histories.

The project is not without its complications. Mr. Lemire acknowledges this in an interview with C.B.C. “Gord and I both came into [this project] knowing this really wasn't our story,” he said. “We're both white, and we're both from Southern Ontario. So there's that built in right away, that this isn't our story to tell.” That is to say, Chanie's story is not theirs alone to tell.

As Mr. Downie puts it in a statement on the project's web site, “Chanie haunts me. His story is Canada’s story. This is about Canada. We are not the country we thought we were. History will be re-written. We are all accountable, but this begins in the late 1800s and goes to 1996. 'White' Canada knew—on somebody’s purpose—nothing about this. We weren’t taught it; it was hardly ever mentioned.” While white Canadians grapple with the stories they were never told, aboriginal artists continue to express the struggles and celebrate the achievements of First Nations people.

Though the two artists are limited by their own histories and privilege, and though they are far from the first or even the best to bring attention to Chanie's story and the painful abusive legacy of residential schools, their star power restored Chanie's story to a nation still grappling with its systematic abuse of aboriginal communities. Aboriginal people make up almost a quarter of the inmates in Canada's prisons, despite being only 4 percent of Canada’s population.

First Nations communities have struggled with the fallout of abuse, the dissolution of families and the failure of the Canadian government to respect its original treaties. The history of these struggles manifests in places like Attawapiskat, Ont., which in April, 2016, declared a state of emergency after a string of suicide attempts, the fifth state of emergency declared in Attawapiskat alone since 2006.

The Tragically Hip made a name for themselves by tracing the local, idiosyncratic contours of Canadian identity through slice-of-life hit singles and national chart-topping albums. As Mr. Downie approaches the end of his life, he uncovers a tragic side of Canadian history that made The Hip's local stories possible. “Secret Path” only succeeds insofar as it allows Chanie's lonely story to escape beyond the celebrity publicity that now envelopes it. When the attention wanes, will contemporary Canadians listen to the stories of the First Nations people, unfiltered by even the best-intentioned white Southern Ontarians?

Dean Dettloffis a Toronto-based journalist and a junior member of the Institute for Christian Studies. Twitter: @deandettloff.

Dean Dettloff is a Toronto-based journalist and a junior member of the Institute for Christian Studies.