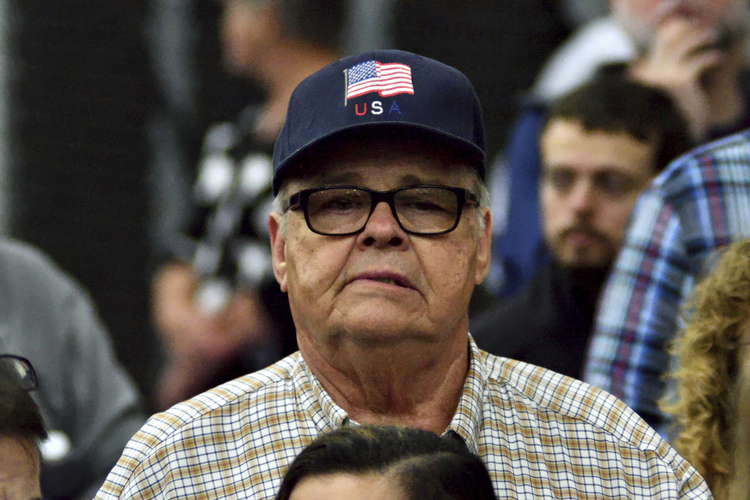 It happened in the little places. It happened at a construction company in Pennsylvania, at a parish in Florida, at a marina in Maryland. The meetings were held at the back of pickup trucks, on church sidewalks after services, in small restaurants where the beer is cold and the steaks are hot, but there are no tablecloths and the wine list isn’t really up to date.

Because it started in little places, the pundits missed it. Maybe President Obama’s comment about “clinging to their guns and Bibles” was the beginning. Just a snub, a little jibe at the expense of people who didn’t vote for him anyway, people who are stuck in their ways. People who do not have power anymore. It is a new day, and we had the election and they lost. Power has its perquisites. If the I.R.S. sits on the applications for their 501 (c)(4) applications, what are they going to do anyway? And when that game was discovered, and Lois Lerner’s computer lost its memory, what’s the harm? Nobody’s really going to object to that anyway.

And the Great Recession. C.E.O.’s of lots of small banks went to prison. Little guys who couldn’t possibly mount a defense against the amassed powers of the government of the United States. But not a single C.E.O. of a large financial institution was prosecuted, nobody who had the money to hire skilled lawyers and subpoena witnesses that might have implicated anyone in Washington. So the thousands of mid-level bankers and lots of others—who knew how government regulators had pressed for more lending—started to wonder.

And the man who managed a truck fleet before the recession, and now, nine years later, he is still in his “survival job” at one-third his prior pay. He started to wonder, too, if our country really has the best recovery strategy, or not. The fellow who used to manage construction crews is now a building inspector and struggling to keep his home till his kids finish college and move out. He knew we could do better.

That line, “You didn’t build that.” It rallied the masses and told them it was O.K., even cool, to disrespect the people who saved their own money, bought or built a business, and risked it all for years to make a living for themselves and hire others into meaningful rewarding work. There were more of them than the speaker ever imagined, and they took note. Not so much the high-tech billionaire but the guy or gal who worked like hell for years, treated people well, built a reputation as well as a business. They remembered that line, even years later.

Then there were the people who looked at the 4.9 percent unemployment rate and knew that did not mean what it would have meant a decade ago and that millions are working part-time jobs, or off the books, or stuck in a job they really don’t like, but it pays the bills. The kids who graduate from high school with good grades, and apply to community college only to be told that they need a year of remedial courses before they can earn college credits, suddenly knew that something is wrong. Nine students in the nation’s largest school district proved that union rules were placing the worst teachers into the most disadvantaged neighborhoods, denying them their constitutional right to a decent education, but no civil rights leader came to their cause, and the Justice Department opened no investigation. Their lives didn’t matter.

The people who always suspected that they wouldn’t get to keep their health plan, or their doctor, found out they were right after all. But the business owner will keep his payroll below 50 workers rather than deal with Obamacare and the costs that grow faster than the business and will eventually kill it. Just one more government-imposed inefficiency, just one more set of regulations, like so many others.

Yesterday, they voted, never realizing, even among themselves, that there were so many of themselves, in all those little places.

Joseph J. Dunn is the author of After One Hundred Years: Corporate Profits, Wealth, and American Society. He writes frequently on the role of business in American society.

Joseph J. Dunn is the author of After One Hundred Years: Corporate Profits, Wealth, and American Society. He writes frequently on the role of business in American society.

Show Comments (
5
)
Comments are automatically closed two weeks after an article's initial publication. See our comments policy for more.
Stuart Bintner
4 years 8 months ago
This screed is an example of misplaced aggression. The issues are complicated and opaque, but that's the bottom line.. It's an example of blaming the victim.
Chuck Kotlarz
4 years 8 months ago
Voters perhaps have bitten the hand that feeds them. The U.S. Census Bureau reported median household income jumped by more than 5 percent in 2015 and poverty fell faster than it had in any year since the 1960s.
Charles Erlinger
4 years 8 months ago
I continue to hope that you are a better analytic and critical thinker than is suggested by this simplistic piece.
Joseph J Dunn
4 years 8 months ago
Charles, Thank you for your kind thought and good wish. Actually, this piece is an accurate report of phenomena heard and observed--real stories of real people who voted--not a scientific poll or analysis, not a critique of anyone's thought or vote. It doesn't offer to explain how Trump won, but it explains at least a small part of how he didn't lose. Peace, JD
Joanne Newnam
4 years 7 months ago
I can add to this list; a president and secretary of state who bold faced lied about Benghazi blaming it on an anti muslim video made by a middle eastern Christian even as a simple check on the internet revealed the truth a day after the attack. I still can see those Christian martyrs lined up by ISIS for their beheading. My conclusion: Middle Eastern Christians know of what they speak. But even worse Obama and Clinton lied to the families coffin side. Then there was the lies of omission by the MSM. It was quite extraordinary to flip channels to see the difference. Benghazi, IRS, State Department, Clinton Foundation, Private vs. Public records (aka State Department emails) obfuscated by Hillary. Only one conclusion is possible, her purpose was to hide her activities that funded the foundation in pay to play schemes. (The Clinton Foundation record in Haiti alone is a disgrace.) But worse was her shrill voice telling us that we had to vote for her "because she was a woman". Well my kind of women doesn't support abortion, loves their sons as well as their daughters, celebrates brains over race or gender. Elizabeth Warren's mantra of "you didn't build that" is so hollow and speaks of a person who has never created a business and has little understanding of the taxes they pay. I speak specifically of any business with a standing facility, warehouse or factory. They all pay property taxes that fund roads, schools, police and firemen. The more that business is worth, the higher the value of their property, the more they pay. Business benefits communities immensely in jobs and taxes. Obamacare is the bane of every individual payor. The system that raised my Juvenile Diabetic son's premium 100% and his deductible from $2000 to $7100 is Obamacare. The same system that is throwing JD' s back to 1950's care. Pumps, pods and automatic glucose monitors not covered. These devices reduced 10 insulin needles a day to one needle prick every third day. And then reduced 10 blood sugar prick a day to one every third day. Obamacare does not cover any of these advances and in fact will cover only needles and finger pricks. So in stead of 2 pricks every third day, JD's on Obamacare are relegated back to 60 pricks every three days. Insulin that use to cost $15.00 a bottle now cost $67.00 a bottle because of Obamacare. Then there are the Wikileaks. Truth revealed and the contents of which have never been disputed by the leaders exposed by them. Wikileaks exposed Podesta & Palmeri's faux Catholicism and their attack on Catholicism through funding by George Soros of faux Catholic web sites to influence the church re: abortion and denigrating Transubstantiation. Their conspiracy was so egregious that several bishops across the country grew a set and actually issued letters on the subject to their dioceses. Just a final note: Kellyanne Conway is a Catholic too. She attended St. Joseph High School in Hammonton, NJ and Trinity Washington University in DC. She even packed blueberries (Hammonton being the Blueberry capital of NJ) for years. She states, "Everything I learned about life and business started on that farm." She is not a Nancy Pelosi (rich girl from Baltimore) or Jennifer Palmeri or John Podesta, or all those Democrat Catholics who think they can support abortion and somehow wash the stain of all those deaths from their hands. They are just as responsible as those Mengeles/Kemit Gosnells (google them if you don't know them) from Planned Parenthood. Read Archbishop Caput's letter, About Those Unthinking, Backward Catholics, 10/13/16, First Things.