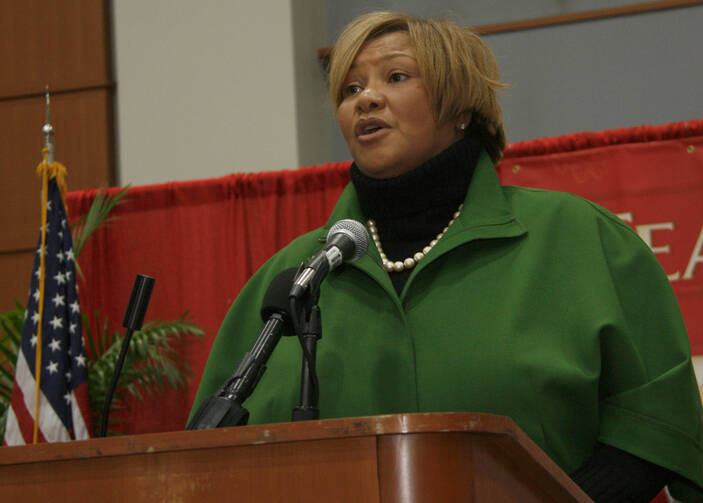 The District of Columbia City Council on Nov. 1 moved one step closer to allowing doctors to prescribe lethal medications to terminally ill patients who want to end their lives.

The council voted 11-2 to pass the "Death with Dignity Act" that would allow a physician to legally prescribe the drugs to patients who have been deemed mentally competent and who have received a terminal diagnosis of six months or less.

"The D.C. City Council has taken another step toward passing a fatally flawed bill that would legalize assisted suicide in Washington, D.C.," said Michael Scott, director of the D.C. Catholic Conference, which represents the public policy interests of the Catholic Church in the district. The conference joined a broad-based coalition of other groups in opposing the measure.

"This bill discriminates against our African-American and Hispanic neighbors, sick seniors, the disabled, the uninsured and all who are vulnerable in our community," Scott said in a statement after the vote. "Our coalition will continue to fight this bill, which has few safeguards to protect the vulnerable and does nothing to help the thousands of D.C. residents desperate for access to better health care and improved social services, such as counseling."

Opponents say the bill is flawed because it endangers "high-risk" populations, including the elderly, the uninsured and underinsured, the homeless, low-income individuals and those with intellectual disabilities.

They also point out it does not require doctors to give patients a screening for depression before providing them with the lethal prescription; the patient is not be required to notify family members before taking the medication; and no doctor, nurse, or legal witness is required to be present when the lethal dose is taken.

Councilmember Alexander told city lawmakers on Nov. 1 that she could not support the measure and listed several reasons why: the fear of patient coercion and undue influences on the poor, the elderly and the disabled; the lack of oversight during the administration of the deadly drugs; the difficulty "predicting the final six-month window;" the pressure on physicians "to engage in behavior in contradiction to the Hippocratic oath;" and the mistrust such law would create between the public and the medical community.

Even those councilmembers who voted for the measure acknowledged that the issue stirred strong feelings on both sides of the debate.

At-Large Councilmember Elissa Silverman, who voted to approve the bill, said "this is unquestionably a difficult issue that people are passionate about."

Introduced in 2015 by Ward 3 Councilmember Mary M. Cheh, a member of the Health and Human Services Committee, the law permits a physician to prescribe lethal drugs to terminal patients without fear of legal prosecution.

When she introduced the bill, Cheh said permitting the terminally ill to kill themselves provides "a humane and dignified manner" of dying. On Nov. 1, she said the measure "allows those people on death's doorstep to choose a compassionate death."

The Nov. 1 vote does not mean legalized assisted suicide is now the law in the district. The bill is scheduled for a second vote on Nov. 15. After that, it moves to Mayor Muriel Bowser for approval or veto.

Dr. LaQuandra Nesbitt, appointed by Bowser to be director of the city's Department of Health, has openly opposed the bill, saying it violates her Hippocratic oath.

If the bill eventually becomes law, the district would be the nation's seventh jurisdiction to allow doctors to assist the terminally ill to kill themselves. Six states—Vermont, Oregon, Washington state, Montana, New Mexico and California—allow assisted suicide. California just issued a regulation allowing people who have been hospitalized for mental illness to request physician-assisted suicide.

A ballot measure to legalize assisted suicide is on the ballot for November in Colorado. In Michigan, legislation has been proposed for the 2017 session. Compassion & Choices, an organization that advocates for assisted suicide, is targeting several states for initiatives in 2017: Maine, Massachusetts, Nevada, Utah, New York, Delaware, Iowa and Hawaii.

Similar physician-assisted suicide laws have been introduced and have failed in 22 states.

Editor's Note: The nodcsuicide.org website has information about the broad-based coalition working to oppose the D.C. Council bill; it includes links to the No DC Suicide's Facebook and Twitter pages.