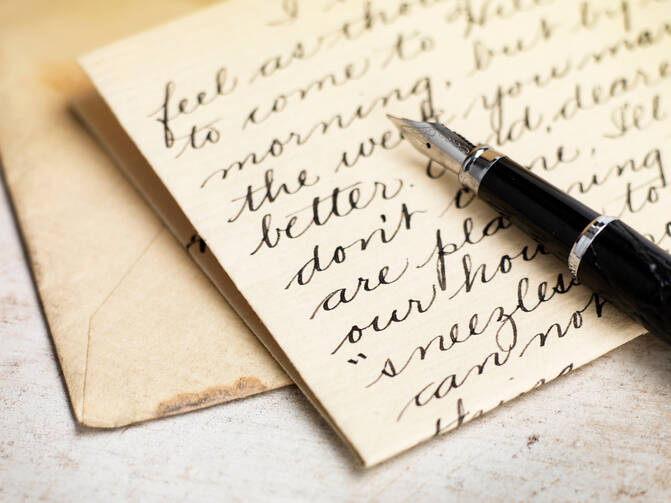 Re “All the News That Causes Fits” (Editorial, 12/12): At the post-election review forum at Harvard Kennedy School of Government, Kellyanne Conway, Donald J. Trump’s senior campaign manager, said the fakest news of the 2016 election was the headlines that with few exceptions repeated that Donald Trump could not win.

The mainstream media entirely failed to prepare the public for the large Trump victory that was about to take place. Accordingly, the public was shocked and completely unprepared for what actually happened.

Mr. Trump’s win in 30 states resulted from Trump voters completely disregarding the mainstream media’s polling predictions, endorsements and numerous editorial criticisms against Trump. Political analysis warned that there was a hidden Trump vote not being properly reported by the mainstream media. The election results speak for themselves. Conspicuously, the results showed there was a very large economic issue of general job and income security that converted blue state voters into Trump voters.

The mainstream media needs to be reminded that the nation is a democracy. What is going on in the minds of the voting public is more important to know than the insulated opinions of media and establishment elites, who to a person said Trump could not and should not win. Enough voters, however, wanted Trump for president to win him the Electoral College.

Although I am a long time subscriber to America, I have only recently become a big fan of the Vatican Dispatch report written by Gerard O’Connell. I particularly appreciate his reports on Pope Francis. His latest, “Francis the Preacher” (12/12), is very well written. How Pope Francis prepares his weekly homilies is fascinating. The fact that even the pope sometimes struggles to find the right words to say proves that he is human like all of us. The pope’s suggestion that priests listen to their people is important. He states that the words “you must” or “you must not” communicate nothing. The pope says that it is an error to speak of a “reform of the reform,” a topic that will be addressed in the next issue’s Vatican Dispatches. I can’t wait.

Re “Field Trip to Rikers” by Edward W. Schmidt (12/12): Thank you for this. I have a friend I visit in prison. I’ve known him since he was 5 years old. He has been in prison since he was 18, and he is now 42 years old. Because of his circumstances he has developed an interior discipline (and hope) that I find rare. It is not a fair comparison to make, but I do compare him to a monk in a (very cloistered) monastery. I love the depth and introspection of our conversations. Yes, he is naïve in many ways about the world, but he is also wise. He is not religious, calling himself a “humanist,” but once I watched him watch his mother and brothers leave, and could see nothing but prayer on his face.

A Time to Listen

Re “After November,” by Margot Patterson, Kevin E. Stuart, Jane Sloan Peters, Cecilia González-Andrieu, C. C. Pecknold and Jim McDermott (12/12): What a stunning chorus of voices the editors have given us here. Thank you. Surely the dissonant harmony of thoughtful people who think differently is the cure for the ideological warfare that is undermining representative democracy and making possible more virulent forms of hatred. As I’m sure many others do, I have my own thoughts about the imperfections in each individual voice, but perhaps now is a very appropriate time to simply listen.

Parts of “After November” (12/12) gave me pause. Though it is risky to pick single thoughts out of multiple paragraphs, it seems two writers tried to bury significantly negative aspects surrounding the election of Mr. Trump with more sanguine platitudes.

Margot Patterson asserted that people voted for Donald J. Trump, “[not] because they are virulent racist, Islamophobic or hateful... [but] because they chose the boy.” C. C. Pecknold tried a similar tack. “Set aside thinking that the millions [who voted]...are racist xenophobes.”

Throughout the campaign and even when it ended, I heard directly from many who voted for Mr. Trump declaring proudly: “He tells it like it is. He said what I think but can’t say.” Devoid of credible policy ideas, the core of Mr. Trump’s message was anti-immigrant, anti-refugee, anti-Muslim and too often expressed with racist and misogynistic rhetoric. With what illogic can this disposition of racism and xenophobia be denied as consciously or unconsciously at the root of millions of Trump supporters be soft-pedaled or denied? Reduced to merely “voted for the boy?”

It is not for me to judge those who voted for Mr. Trump. Pray we must. Pray for wisdom to combat and stand against this man’s vulgarity, ambition, his naked manipulation of our worst instincts, and his woeful unpreparedness to be president. We must likewise find ways to overcome those worst instincts within ourselves, but that will not be achieved by pretending millions who voted for him are not what they themselves have said they are.

Re “New U.S. Cardinals Condemn Polarization Inside the Church,” by Michael O’Loughlin and Jeremy Zipple, S.J. (12/12): With respect to the headline writer, “condemnation” of “polarization” will not cure the cancer. The U.S. cardinals, however, are wisely targeting this pervasive and corrosive issue. Like any disease, including one harmful to the health of civic life, a diagnosis must come first. Cardinal Cupich’s comment that “life is full of ambiguity” is a thoughtful admonition to those who see the world as black and white. The demands of critics of Pope Francis for true or false answers to complex human life experiences are imprudent and even impudent.

Re “Not in Our Name,” by the Rev. John Gallagher (11/28): When I graduated from Holy Cross College, I was pretty sure that figuring out the necessary syllogism was the key to solving my life’s problems—and probably the world’s problems too. In the six decades since then, I’ve learned that a good syllogism goes a long way, but, as Pascal put it, “The heart has its reasons which reason knows not.”

Father Gallagher mixes up his take on history and philosophy and religion to come up with the solution to most of our society’s moral problems: teach people how to think logically and critically, per Catholic tradition in the West. A short note doesn’t permit close examination of the non sequiturs in his article, nor exposition of his straw men. Nor does his article answer my question: “What about the millions of our brothers and sisters on this planet who never heard of Greek or Roman or scholastic philosophy, or of the Catholic Church, or of Jesus or of syllogisms, but who lead moral lives themselves and lead others to do the same?”

Thanks for a stimulating piece.

Re “Through the Motions” by Nicole Bazis (11/28): Having graduated from the Cardinal O’Hara High School some 44 years ago, I was proud to have read this moving account of my alma mater helping to bring Ms. Bazis to faith in Christ and the Catholic Church.

A Change of Heart

In the Nov. 28 issue, four articles (Of Many Things, Editorial and two Signs of the Times) have the common theme of the divisiveness of the current election and the need for Catholics to do something to heal the wounds. Others have written of “deep wounds of poverty, racism, etc.,” and “the toxic brew of intolerance and hate.” I think the first thing that’s needed by all of us is a change of heart whereby we come to see each person as a child created in the image and likeness of God, and so start moving our political and religious discourse and relationships from toxic to at least civil. A starting point for a change of heart is Jesus’ command “Love your enemies, pray for those who persecute you, so that you may be children of your Father in heaven”—which receives scant attention from the pulpit or Catholic media. Surely if I could come to love an enemy who does me physical harm, then I could come to love those with whom I disagree strongly on political or religious issues. So here’s my plea to readers: Think and pray about Jesus’ command; and to writers and editors: Keep reminding us.

Our readers
Show Comments (
1
)
Comments are automatically closed two weeks after an article's initial publication. See our comments policy for more.
Henry George
6 years 1 month ago
Rita Hessley, Unless you have spoken to many, many, many Trump supporters why do you make your allegations and more importantly why does America print them ? I have traveled all over this country and met people of all sorts of social/economic/educational backgrounds. Many of them voted for Trump but very, very few of them are racists or xenophobes. You owe them an apology.