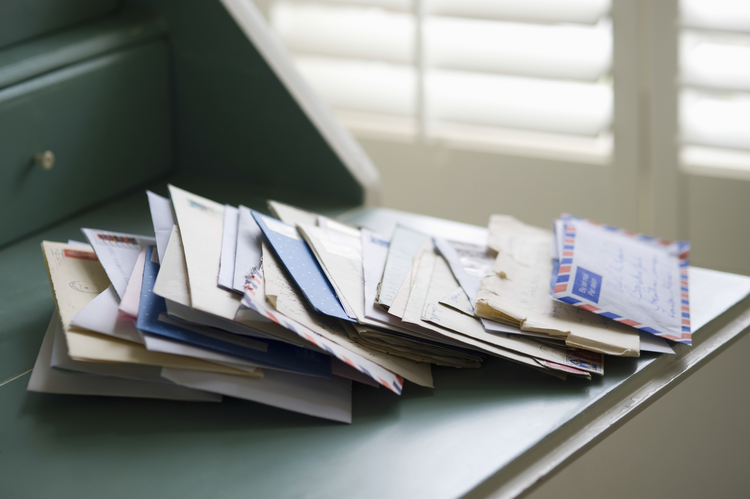 The Exercise of Individual Conscience

In “The Power of the Word” (10/3), Greg Erlandson writes, “For the Catholic press to survive...it will need more than lukewarm support or elitist disdain.” This is one of the more puzzling comments in the article about what the Catholic press should do to survive. Another strange element of this article is Mr. Erlandson’s advocacy for withholding church news until it can first be reported in the religious press. Perhaps Mr. Erlandson could define who the “elitists” are that he speaks of, and how Catholic news can be kept under wraps until the church press breaks it.

The problems with the Catholic press—and they are real—will not be served by circling the wagons. This unique medium will be better served by an increase in journalism courses and majors offered at Catholic colleges and universities. The Catholic press will also be better served by less emphasis on news about the bishops and clergy and more emphasis on a dialogue with the world. Less emphasis on conservative political partisanship would also benefit Catholic media. War kills; starvation kills; indifference kills; but much of the time these topics are lost amid moral questioning of adherence to rules about lay sexuality. They are important but are not the sum of Catholic life.

The lack of interest in the Catholic press is largely of its own making. Hiding Catholic stories until the Catholic press can cover them, especially in a time of instant news coverage, only exacerbates the problem. It is also prior restraint. If the Catholic press, with few exceptions like America, wants to be more relevant, it might consider that its role is not to preach but instead to cover the news and let people, in the exercise of individual conscience, decide what is in accord with being responsible members of the body of Christ.

Treating its readers with the intelligence they deserve would help the Catholic press far more than yearning for the good old days, the ones before Catholics grew up, intellectually and spiritually.

I really loved reading “Reviving Liberal Education,” by Joseph J. Dunn (10/3), probably because I believe most of what the author says to be true. It seems to me that in the domain of higher education, as well as other parts of life, we have forgotten the questions of “being” in favor of those of “doing.” The question, “Who are we as human beings and what do we need to grow and flourish,” is dismissed in favor of, “What do we need to know in order to do something effectively?”

I suspect, though I do not know, that many young people who read the Mr. Dunn’s article (or my comments) perceive us to be anachronistic. However, what human beings require has not altered very much over time, whereas the things we are required to do have obviously moved to a post-industrial reality.

It seems to me there is still a difference between what should be taught in the university and in the vocational college. Society needs both people who are academically educated and those who are practically trained. But how will this idea pass muster in a culture that falsely believes everyone needs to go to college and that everyone must have the same kind of academic intelligence and ability? Many universities have tried to meet the needs of both, which is bound to reduce the commitment to one or the other.

Re “Trump Makes a Place for Faith,” by Michael J. O’Loughlin (10/3): I think it is reasonable to suggest that candidates for public office need to navigate the waters of special interests very carefully unless one chooses to speak unequivocally about everything that confronts her or him. This is especially true for high national office. I think Mr. Trump's strategy is to not stand on anything for any length of time. Adopt no positions. Minimize the details. He's good at that. Mrs. Clinton has adopted positions that, obviously, alienated her from any number of people, including religious groups that hold forth on one topic or another, like same-sex marriage and reproductive rights of females. But she has also established herself as a knowledgeable strategist on the world stage. It's not easy for candidates to be viewed as rational about what is best for the citizens of the United States. My bottom line is that we need to view them comprehensively. The post-election fun begins when we see how much distance is created between campaign promises and promise-keeping!

Re “Georgetown Repents,” (Editorial, 9/26): In America’s editorial reflections on Georgetown University’s ongoing engagement with its historical links to slavery, America makes two points that may be valid in general, but for which Georgetown is not a good example.

The first misstep comes when the editors point to campus journalism and activism as leading to the formation of the university’s working group on slavery, and conclude that institutions require such grassroot criticism to compel them to honest self-examination.

But events on Georgetown’s campus unfolded differently. The four historical essays in the student newspaper led to little if any campus discussion at the time of their publication, and the first online reader comment on them was not posted until after the formation of the working group. Similarly, no student protests occurred until after the university president released a letter outlining the historical problem and announcing the formation of the working group. In short, university leadership inspired the broader community, including activists—not the other way around.

In its second misstep, the editorial unfairly faults the president for not putting descendants on the working group. What the editors fail to take into account is that the university’s initiatives started the chain of events over the year that eventually empowered us all, the descendants included, to recognize how meaningful their participation would necessarily be. The early, independent work of an alumnus in the Georgetown Memory Project was crucial in this regard; its work, however, did not precede but followed the initiatives of the president. As a result of what was learned and who came forward over the course of the year, the working group was able to endorse in its report a full range of engagement with the descendants moving forward.

Georgetown’s process would not be where it is without the grassroot participation—including activism and protest—that developed over the course of last year. But the process had a different starting point and offers a different lesson from the one proposed by America’s editors: It is a lesson in how the positive impact of strong, thoughtful leadership can draw a community into hard discussions about matters of great moment and moral significance.

Editors’ Note: The online version of this editorial has been corrected to read as follows: “At Georgetown, the Working Group on Slavery, Memory and Reconciliation was formed after student journalists reported on the university’s history and the campaign to rename the two buildings gained steam after protests roiled the campus. The Working Group is to be strongly commended for undertaking a rigorous process of examination, but the process might not have proceeded as rapidly without the efforts of these young journalists and student protesters.”

In the article, “Foreign Policy Déjà Vu” (9/26), Maryann Cusimano Love performs a daunting task in comparing the presidential candidates’ stands on foreign affairs. Yet the candidates’ positions on Supreme Court nominees may far surpass their positions on foreign affairs. The judges appointed to the Supreme Court by the next president will have an impact on our lives far beyond the term of either presidential candidate. Mr. Trump has provided a list of 11 potential nominees, while Mrs. Clinton has provided none other than her passing endorsement of Merrick Garland. A great concern is the weakening of the interpretation of the First Amendment to mean freedom of worship as opposed to freedom of religion. The secular element in our society is certainly pursuing the former interpretation, among other liberal interpretations of the Constitution. We really need to have a more thorough vetting of the presidential candidates’ proposed Supreme Court nominees.

We have a Christian duty to bring this to light and to advocate for equal treatment of our suffering sisters and brothers in Christ.

This article also appeared in print, under the headline “Reply All,” in the October 24, 2016, issue.