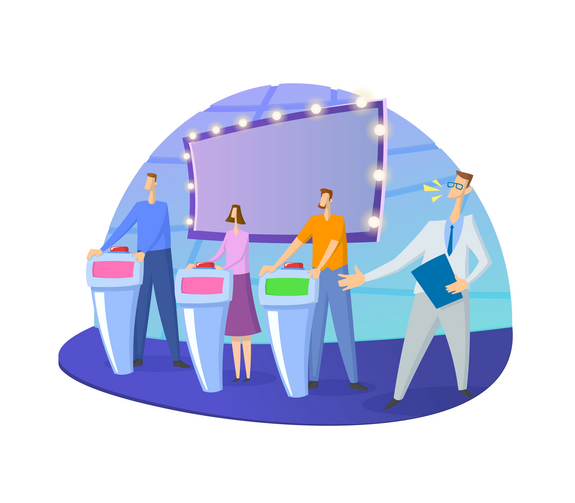 How many did you get?

John Wynne, S.J., the founder of America, modeled the magazine on The Tablet, which shares a name with the newspaper of the Diocese of Brooklyn. The Tablet is still published in London and is still worthy of emulation.

Thomas H. Kean served as the 48th governor of New Jersey and as a co-chair of the 9/11 Commission. His article on how to combat terrorism appeared in America in 2018.

4. Who is Cardinal Francis J. Spellman?

Joseph A. Califano Jr., a former member of the board of directors of America, accompanied President Lyndon B. Johnson to the funeral of the prominent American prelate in December 1967. When asked whether he thought the pope was infallible, J.F.K. once famously quipped. “I asked Cardinal Spellman that the other day. And he said: ‘I don’t know, Jack. All I know is that he keeps calling me Spillman.’”

5. Who is Thomas Aquinas?

Ethel Kennedy, an America subscriber, invoked the teachings of Saint Thomas Aquinas to rebut the logical positivism of the philosopher A. J. Ayer during a dinner at the White House. The episode is recounted in Grace and Power by Sally Bedell Smith.

6. Who is Patricia Heaton?

A supporter of pro-life causes, the actress wrote for America in 2017 about the impact of a new abortion law in Iceland on people living with Down Syndrome.

7. Who is Franklin D. Roosevelt?

John LaFarge, S.J., fifth editor in chief, was a close friend of A. Phillip Randolph, the leader of the first predominantly African-American labor union. They successfully lobbied Roosevelt to ban discrimination in the defense industry. In 1948, Randolph would lead a group that successfully lobbied Roosevelt’s successor, Harry Truman, to desegregate the armed forces.

Zbigniew Brzezinski served as Carter’s national security advisor. With Joseph A. Califano, Jr. as Carter’s secretary of health, education and welfare, there were at least two America subscribers in the Carter cabinet. Brzezinski’s daughter, Mika, is currently the co-host of “Morning Joe” on MSNBC.

9. Who is Joseph Ratzinger/Benedict XVI?

In 2001, Cardinal Ratzinger, as he was then titled, had a debate in the pages of America with Cardinal Walter Kasper about the proper ecclesiological understanding of the local church.

Robert Hartnett, S.J., sixth editor in chief, published a controversial op-ed in The Chicago Tribune in 1957 in which he criticized Eisenhower for instituting a military staff system at the White House. Hartnett was trained as a political scientist.

11. What is Saint Peter’s University?

Robert I. Gannon, S.J., a frequent contributor to America, was assigned to reopen Saint Peter’s College in 1930, which had been closed since World War I. Gannon went on to serve as president of Fordham University. Witty and erudite, Gannon was one of the most popular after-dinner speakers of his generation. Collections of his speeches appeared under the titles After Black Coffee and After More Black Coffee.

Drew Christiansen, S.J., the 13th editor in chief, grew up in this borough of New York City, which is also known as Richmond County, N.Y. Along with Thomas J. Reese, S.J., Christiansen is one of two living former editors in chief.

Truman was the last U.S. president without a college degree. He wrote to America’s editors to congratulate them on the occasion of the magazine’s 40th anniversary, signing the letter with his own hand.

For 50 years the editorial offices of America were located on the Upper West Side of Manhattan, not far from the resting place of U.S. Grant and his wife, Julia. One of Grant’s pallbearers was Union General William Tecumseh Sherman, whose son, Thomas, entered the Society of Jesus and is buried at the Jesuit cemetery in Grand Coteau, La.

15. Who is Margaret Mitchell?

After a debate in the pages of America about whether Gone With the Wind was appropriate for use as a high school text, Msgr. James H. Murphy received a letter from Mitchell thanking him for his review and endorsement.

16. What is The Weekly Standard?

Charlie Sykes, an occasional contributor to America, hosted a podcast for the conservative magazine, which was founded by Bill Kristol.

Dingell was a graduate of Georgetown Preparatory School, Georgetown University and Georgetown School of Law.

18. What is the Spanish Civil War?

America’s editors felt compelled to support the pro-Catholic forces. Their blind loyalty ignored the sinister machinations of Francisco Franco, whose dictatorship lasted until 1979.

19. What is Princeton University?

Maurice Timothy Reidy, America’s deputy editor in chief, graduated from Princeton. The playwright Eugene O’Neill also attended the school—before dropping out in 1907. There is a dispute among historians about whether O’Neill left voluntarily.

I portrayed Don Quixote in my high school production of “Man of La Mancha.” Gretchen Reinhagen, who played Dulcinea in that same production, is today one of New York City’s most popular singers and cabaret artists.

Provide feedback on this article
Join the conversation: Login or create an account
Before you can comment, you need to update your profile to include your first and last name, as required in our comments policy. Then reload this page and you'll be set up for commenting. Update your profile
More: Jesuits / History