Making Room for All at Mass 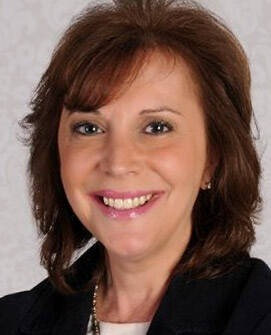 If you attend Mass in Chicago, you might encounter a blind lector reading the day’s Scripture from a Braille lectionary while accompanied at the altar by a guide dog. You might receive communion from a eucharistic minister seated in a wheelchair. Through the SPRED (Special Religious Education) program, about 160 parishes have trained catechists working with parishioners with special needs. Forty-three parishes offer worship services adapted for people with developmental disabilities and their families periodically throughout the year. For the deaf community, there is a sign language Mass every Sunday at St. Francis Borgia Church.

The Archdiocese of Chicago has long been in the forefront not only in addressing the needs of Catholics with mental and physical challenges, but also in ensuring they play an active role in the life of the church. So it seems fitting that one of the most comprehensive sets of tools for teaching children with autism and other special needs about the Mass and sacraments should also come from Chicago.

The adaptive “Finding God” series of learning kits comes from Loyola Press, a publisher of books on spirituality run by the Midwest Jesuits. The series draws upon Loyola’s “Finding God” books, which catechists have used for years to teach children about the faith. The “adaptive” series engages a multi-sensory approach that is more consistent with the way children with developmental challenges learn. It includes the use of music, puppets, floor puzzles, movement mats, flip books and other simplified learning tools.

The series is largely the work of Joellyn Cicciarelli, the vice president of new product development at Loyola Press, in collaboration with the National Catholic Partnership on Disability. Cicciarelli learned about communicating with children from one of the best teachers: Fred Rogers of “Mister Rogers’ Neighborhood” fame, with whom she collaborated on his “Grow and Learn” book series.

An estimated 2.8 million school-age children in America have special needs stemming from autism or another developmental challenge, according to the U.S. Census Bureau. Many families struggle with how to pass on their faith to special needs children, Cicciarelli says. And despite greater social acceptance, some parents still hesitate even to bring their developmentally challenged children to church.

“I’ve looked around for a long time and I’ve never seen materials like this before,” Grace Urbanski, head of children’s ministry for the U.S. Office of the Apostleship of Prayer, says of the adaptive “Finding God” series. Urbanski’s late brother Mark was blind and suffered from a series of mental and physical challenges.

The lessons are tailored for children who may not speak, but who gesture; who can’t read, but will respond to visual cues. “We have lessons that don’t require the child to read or even speak, but that reinforce in wonderful, simple ways the concepts of our faith,” Cicciarelli says. In first Communion lessons, for instance, children are encouraged to feel the metal patens, touch unconsecrated hosts. After Loyola Press issued its first Communion kit, parents, pastors and catechists clamored for more. Adaptive lessons on reconciliation and confirmation followed, along with Spanish language versions.

“I had a grandfather come up to me who had tears in his eyes. He said he has a 27-year-old grandson with Down Syndrome. He told me that because of our materials, his grandson was [recently] able to take Communion for the first time. That to me meant more than anything,” Cicciarelli says.

The adaptive series in many ways reflects the mandate of St. Ignatius Loyola to spread the Gospel to all people, especially those who are most marginalized by society. It is a message that also comes from the top of the church. Last fall, Pope Francis held a three-day council in Rome examining autism. Cicciarelli attended with other members of Loyola Press.

“The pope said people with special needs can’t be isolated, that they belong,” Cicciarelli recalls. “That’s a step further than saying they are included, because when you belong, that’s saying you are already a part of the church and you will always be a part of the church.”

@JudithValente
Show Comments (
3
)
Comments are automatically closed two weeks after an article's initial publication. See our comments policy for more.
Richard Booth
6 years 10 months ago
As you probably know, Governor Rauner wants to cut funding for special needs persons in IL.
Mike Evans
6 years 10 months ago
So does Governor Jerry Brown in California.
Charles Crosson
6 years 6 months ago
Thanks for sharing this article. For more information you can also visit here.