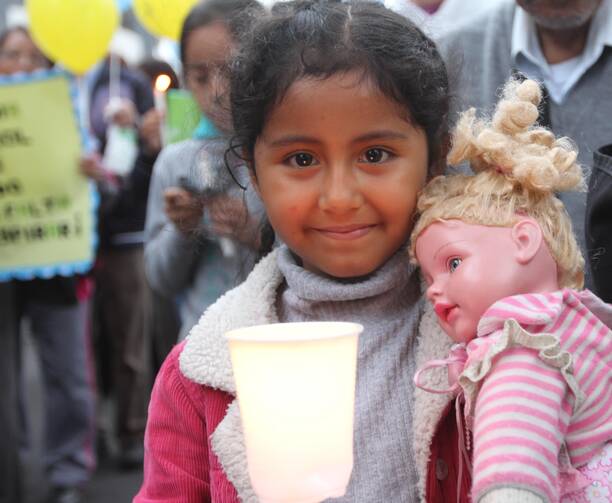 Latin American church leaders apologized for historical complicity with colonial atrocities in the Amazon and called for a church with an "Amazonian face" in a pastoral letter issued as negotiators from around the world met for a climate summit here.

"The exploitation of the Amazon through mining, the expansion of farming and ranching, road construction, hydroelectric dams and timber companies demand that the church take a more prophetic stance," they wrote.

The letter marks the public launch of a pan-Amazonian network meant to connect pastoral workers throughout the nine-country watershed. The Latin American bishops' council (CELAM), the Brazilian bishops, the region's Caritas humanitarian network and the regional conference of religious are leading the effort.

The letter reflects concern about the Amazon and its people that was expressed by the region's bishops at a conference in Aparecida, Brazil, in 2007 and was echoed by Pope Francis on his visit to that country in July 2013.

"We are concerned that 23 percent of the Amazon region is deforested, and that figure is growing," Peruvian Archbishop Pedro Barreto Jimeno, president of CELAM's justice and solidarity department, told Catholic News Service.

As the region's countries turn to mining, oil and gas production and logging to drive their growing economies, the church is speaking out against "a vision that puts profit first," Archbishop Barreto said. "It is not only unjust, it is an offense against God."

The church leaders issued their letter as thousands of negotiators from 195 countries gathered here for a U.N. climate summit to hammer out details of a new international agreement to reduce emissions of greenhouse gases that cause global warming.

In Amazonian countries, deforestation is the major source of greenhouse gas emissions. About half of the region's forests are in protected areas or indigenous territories, but studies show that even those areas face threats.

Indigenous leaders attending the summit repeatedly called for stronger legal rights to their territories, to help protect them, and called attention to the murder of indigenous people who were defending their land.

More than 900 people from 35 countries are known to have been killed between 2002 and 2013 while defending land rights or the environment, according to Global Witness, a British nonprofit organization. The number of murders rose sharply in the past four years, and 80 percent of the victims were in Latin America, according to a report issued by the group in April.

Shuar leader Jose Isidro Tendetza Antun of Ecuador, who had planned to attend the Lima summit, disappeared Nov. 28. His bound and buried body was found more than a week later.

His death followed the murder of four Ashaninka men in late August in a remote area on the Peruvian-Brazilian border. Ergilia Rengifo, the widow of one of the victims, holding a 4-month-old child in her arms, said the men had been working to help their community gain legal title to its land and blamed illegal loggers for their deaths.

In their letter, the church leaders pledged to place the new Amazonian network "at the service of the peoples of pan-Amazonia, to fight in defense of their ancestral wisdom, their territories and the right to participation in decisions affecting their lives and their future."

The church leaders began by asking forgiveness "for the long history of a vision of church more closely tied to the defense of the powerful," Archbishop Barreto said.

The church's history in Amazonia has been mixed, he said. Church workers, including many missionaries, provide pastoral care as well as education and health care in remote areas that lack public services.

But the church also has taken the side of the rich and powerful, he said, particularly during the colonial period and the rubber boom in the early 1900s, when thousands of indigenous people were enslaved or killed.

"The church in the Amazon has not always valued the cultures there," Archbishop Barreto said. "In this pastoral letter, we choose the path of life and give priority to those who are poorest."

Ministry poses particular challenges in the Amazon, where travel -- often by boat -- is slow and expensive, and parishes and dioceses cover huge geographic areas. Villagers may receive a visit from a priest once a year or even less frequently.

"It is urgently necessary to create structures in our church so the 70 percent of communities that are now excluded from celebration of the Sunday Eucharist can participate in the 'breaking of the bread,'" the church leaders wrote in their letter.

Church workers also share the physical hardships posed by seasonal flooding, which has been particularly severe in several recent years, washing away villages, threatening their food supplies, and inundating cities such as Iquitos, in eastern Peru.

In their letter, the church leaders highlighted the importance of ministry among the region's hundreds of indigenous peoples, saying, "We recognize and value their spirituality in harmonious relationship with creation."