Georgetown Faces Up to Slave History 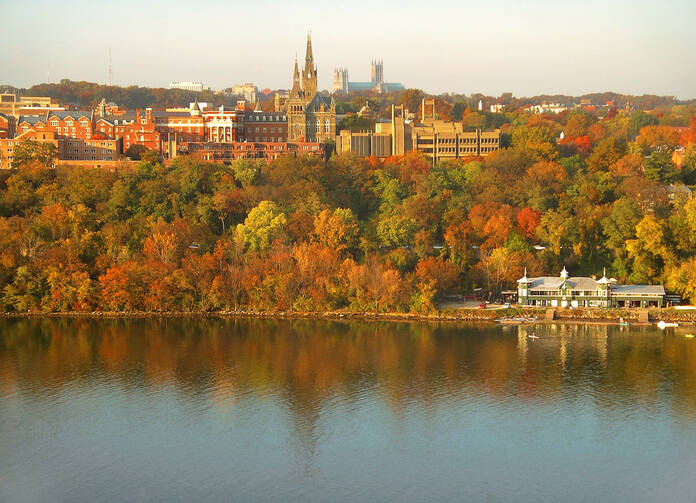 In order to come to terms with the sale of 272 slaves to two Louisiana businessmen in 1838, Georgetown University and the Jesuits of Maryland should offer a formal apology and enact a series of reforms. They include renaming buildings, offering financial aid to the descendants of those slaves and committing new academic resources to study the impact of slavery on campus and in wider society today.

Those are the recommendations of a working group appointed last year by the president of Georgetown University, John DeGioia. They were made public on Sept. 1.

“Slavery—slave labor and the slave trade—is part of our history,” the report says. “All of us—students, alumni, faculty, staff, administration and friends—are the heirs of this history, and all of us must make ourselves its humbled trustees.

“As a university community, we need to know, to acknowledge, and to absorb that history as part of what makes Georgetown what it is,” the report continues.

The group, made up of 15 members of the university faculty, staff and students and chaired by a Jesuit priest, began its work last September after protests over the university’s decision to retain the name of a building honoring a former university president and Jesuit priest who initiated the slave sale in 1838. That transaction generated close to $3 million in today’s dollars to help fund the struggling university.

The group recommended that the school’s president and the Jesuit superior who oversees the Maryland Province of the Society of Jesus should begin by offering a formal apology, pointing to examples from St. John Paul II and former President George W. Bush, both of whom apologized on behalf of the entities they represented for past participation in slavery.

“The university, despite the many ways that it has invested resources over the last half century to healing the wounds of racial injustice, has not made such an apology,” the report says. But, the group said, an apology is only a first step in a years-long process to understand the university’s history with slavery and to begin to reconcile with those who still suffer because of it.

The group recommended renaming campus buildings that had previously honored two Jesuits and college administrators who were instrumental in the sale of the slaves, Thomas Mulledy, S.J., and William McSherry, S.J. The group suggested the buildings be renamed Isaac Hall, honoring the first slave named in the sales agreement, and Anne Marie Becraft Hall, named after an 18th-century African-American Catholic religious sister with roots in the Georgetown neighborhood.

The group also recommended that the university reach out to descendants of the people included in the sale, listening to their needs and assisting with genealogy research, and consider offering descendants admission and financial aid to the university. “While we acknowledge that the moral debt of slaveholding and the sale of the enslaved people can never be repaid,” the report says, “we are convinced that reparative justice requires a meaningful financial commitment from the university.”

Part of the reconciliation process must include making sure that students of color who attend Georgetown feel welcome and part of the community, which, the report says, is not always the case today.

Finally, the report recommends that the university invest in staff to help make the school’s archives on slavery, which includes sacramental records of the sold slaves, available for research and establish a center to study the ongoing effects of slavery in society. “We believe that Georgetown’s efforts to engage the task of reconciliation must be institutionalized, and personalized, for the long haul,” the report says.

“We are, after all, slavery’s beneficiaries still today. There can be neither justice nor reconciliation until we grasp that truth,” the report concludes.