The View from Row 13: Scenes from Notre Dame's 2009 commencement

Sitting in row 13, in the Joyce Center in South Bend, Ind., I watched with pride as my son graduated from the University of Notre Dame on May 17. Graduation is a moment to mark re-entry into the world for most students, but of course it was more than that for the thousands gathered at Notre Dame. The audience witnessed another chapter in our country’s national drama over abortion policy, one, perhaps, that could serve as a teaching moment for our church.

I suspect that the prominent role that Father Theodore Hesburgh, C.S.C., had played in the civil rights movement had much to do with Notre Dame’s decision to honor President Barack Obama. I remembered well that, when my wife received her graduate degree from Duke University in 1985, Hesburgh was honored on the stage as a speaker and doctoral recipient for his work promoting racial justice. Father Hesburgh was appointed by President Dwight Eisenhower in 1957 as a charter member of the U.S. Commission on Civil Rights. That group's two years of work (1957-59), under President Eisenhower, laid the foundation for the Civil Rights Act of 1964, the landmark legislation promoted by President Johnson that was a major new beginning for black America.

Father Hesburgh had put himself personally on the line, marching in a highly visible way with the Rev. Dr. Martin Luther King, Jr. Both men were Christian ministers who could not tolerate racism. But, for as long as I live, I won't forget the comments of the parent sitting near me in the Duke bleachers. "Who let him in here?" the woman complained to her companion, in a stage whisper. I couldn't tell if the thought of a Protestant university honoring a Catholic priest offended her more, or if it was Father Hesburgh's brave, pioneering stance on civil rights. I was appalled, but respectfully silent. This was a college graduation, after all.

Twenty-four years later, my wife sat next to me as we came to the University of Notre Dame to celebrate, with our second son, his graduation with a Notre Dame physics degree.

We faced weeks of anxiety and anticipation as opposition to the Obama honor mounted. Talking with my son in the days leading to graduation, he told me that students, for the most part, were excited to have the president attending their graduation. He also told me that a plane had started flying over campus daily, towing a large banner depicting an aborted fetus and prolife slogans. That plane was the first thing I noticed as I pulled into South Bend, Indiana, a day late because of my third son’s prom. How irritating the noisy plane sounded, but that was its purpose, I suppose.

My wife told me of the preceding day’s Baccalaureate Mass, where Bishop John M. D’Arcy gave a short, amusing talk about how fine of an institution Notre Dame is and how he had been  outshined by many of his classmates at his Jesuit High School in Boston. “Here’s to all the people who didn’t get any awards,” she paraphrased him, “And God bless Notre Dame!”

The commencement ceremony itself was electric. In the end, whether you approved of Notre Dame’s decision to honor the president or not, it was a kind of profile in courage: the courage of Notre Dame President John L. Jenkins, C.S.C., and of President Obama. Each man carefully and respectfully praised the other, while also challenging each other’s positions—and strongly defended the correctness of using the university setting to do so.

Father Jenkins quoted freely from Vatican II, Pope John Paul II and Pope Benedict XVI. President Obama invoked the memory of Cardinal Joseph Bernardin’s support for community organizers of all persuasions in Chicago, including then-community-organizer Obama. The search for common ground, said President Obama, requires dialogue with many camps. That was the secret to Father Hesburgh's success with the Civil Rights Commission, said the president. When Hesburgh hosted one of the commission's meetings and learned that every one of the members liked to fish, he got a boat and got everyone fishing. It was a breakthrough in forging the trust and friendship that allowed people of divergent viewpoints to work together for the common good. Hesburgh himself, still sharp at age 92, sat across the stadium, beaming with pride.

In spite of three or four disruptions by carefully planted hecklers, the president continued through an historic speech. President Obama, thankfully, directed his comments to the students. These are challenging times, he told them, times that call for students to rise up and do the unusual, to make the world a better place in any number of ways. He joked with the students about a basketball tournament, playfully volunteering to come and play on one of the teams next year. The whole stadium applauded the president enthusiastically, repeatedly, except at one of the times when he spoke directly of his abortion opinions, when those gathered were noticeably cautious.

The context, though, was perhaps best set by the Laetare speaker, Judge John T. Noonan, a former Laetare honoree, brought in as a replacement for former U.S. Ambassador to the Vatican Dr. Mary Ann Glendon, who, with great disappointment, declined the award because of Obama’s presence. Judge Noonan, a Reagan appointee to the federal bench, with a long history of pro-life writings, gave a provocative talk that seemed lost in the drama of the presidents. His was an appeal for patience, reason and persistence in a common dialogue for truth. Speaking of the 1970s abortion climate, he said, "The matter of this debate was too serious to be settled by pollsters and pundits; to delicate to be decided by physical force or by banners and slogans, pickets and placards; too basic a settlement to be based on a vote by judges.” Calling the Roe v. Wade decision “stillborn,” he observed that a debate that intensified over the years “is not now about to close.” His advice to the graduates: “We can rejoice that we live in a country where dialogue, however difficult, is doable…where our president is a man of conscience.” He concluded by quoting the Laetare Medal inscription: “Great is truth, and truth will prevail.”

When the talks were finished, a little-known photograph of a younger Father Hesburgh, arm-in-arm with Dr. Martin Luther King, Jr., now enlarged and framed, was presented to the President Obama, along with a telling of the Civil Rights Commission story, and a public recognition, once again, of Father Hesburgh himself.

That night, anticipating packing a dorm room into a car for the ride home, I visited the famed Grotto, a cave of votive candles near the center of campus, for a final time. There was a steady stream of students and alumni stopping by to say a few prayers, to light a candle and offer up their hopes for the future, before setting off to life’s next challenge. I thought of “For All the Saints” being snuck in by the concert band that day as the graduates processed to their seats, of the young priest, often in clerical garb, living in the apartment on the ground floor of my son’s dormitory. This is clearly a mainstream, Catholic institution. How could anyone question the Catholic identity of such a place? 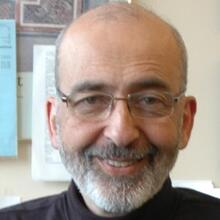 Show Comments (
4
)
Comments are automatically closed two weeks after an article's initial publication. See our comments policy for more.
13 years 2 months ago
I dissent from the claim that ND is Catholic. Fr. Jenkins freely cites Popes John Paul II and Benedict XVI, much like some of the ND theology faculty write about the "spirit of Vatican II". Neither Pope would ascribe to Fr. Jenkins' actions or motives in bestowing a doctor of laws on a pro-abortion president. Similarly, the aforesaid ND faculty have nothing in common with said Popes except for their roman collars. Incidentally, both Popes were major contributors to Vatican II-the ND faculty members were not. Fr. Hesburgh is extolled for his leadership in race relations. Unfortunately, he put politics ahead of principle in the leading civil rights issues of our time, i.e. abortion and artificial contraception. Fr. Hesburgh and his Holy Cross associates have shilled for the most vocal political supporters of abortion on demand. ND is no longer Catholic.
13 years 2 months ago
As the father of a recent graduate of the University of Michigan, I was touched by John Feister's narrative. I agree with Father Noonan that we can indeed "rejoice that we live in a country where dialogue, however difficult, is doable…where our president is a man of conscience.” And I wholeheartedly agree with Feister that despite the many criticisms directed its way "this is clearly a mainstream, Catholic institution. How could anyone question the Catholic identity of such a place?"
13 years 2 months ago
It is clear from the reaction to Judge Noonan's address, that some who profess to be Catholic believe that the unalienable Right to Life that is endowed to all Human Beings from their Creator is not a Universal Truth but rather a "Catholic" belief that one should not impose on others.(note applause after Judge Noonan's comments on this issue.) It is also telling, that at a Time in the History of this Great Nation, when the destiny of the protection for the Sanctity of the Right to Life of every Human Being from the beginning, and the Sanctity of Marriage and the Family lie in President Obama's choices for Supreme Court Judge, no mention was made of this fact. We have indeed come to a crossroad regarding protection for the Sanctity of all Human Life from the beginning and the Sanctity of Marriage and the Family. The question is, will the University of Notre Dame be a beacon of Light that reflects, "The Way, The Truth, and the Life" of God, The Blessed Trinity, The Relationship of Love that gives every Human Being Life to begin with or will that Light go out? Regarding Notre Dame, Our Lady, the Good News is: "In the end, my Immaculate Heart will Triumph"-Our Lady of Fatima Let us Pray this happens sooner, rather than later. Let us, "Run for the Roses".
13 years 2 months ago
RE: President Obama being "pro abortion." Even L'Osservatore Romano, the center of the Vatican's communication office, has categorically denied that President Obama is "pro abortion" (see my blog www.jesuitjottings.blogspot.com). Those who, like Prof. George of Princeton, categorize President Obama as "pro abortion do a disservice to the pro life movement, slander Barack Obama as a person, and are out of line with the Vatican's views on the issue.