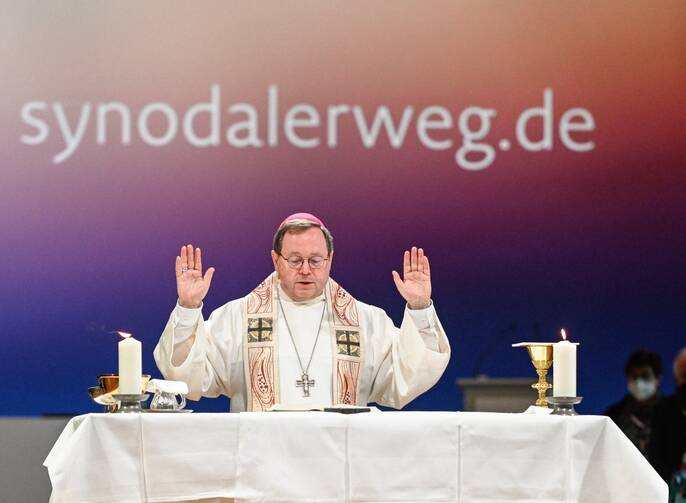 Bonn/Vatican City (KNA) The Vatican has significantly limited the scope for church reforms in Germany. A letter from Rome which became public on Monday evening rejected the establishment of so-called Synodal Councils. It was signed by Cardinal Secretary of State Pietro Parolin and the Curia cardinals Luis Ladaria and Marc Ouellet and was given special weight by the Latin addition that Pope Francis had approved it “in forma specifica.”

“It is thus no longer an official act of the Curia, but one of the pope,” the Bonn-based canon lawyer Norbert Luedecke told Germany’s Catholic News Agency (KNA). “One can appeal to the pope against Curia decisions. Nothing at all works against the pope.”

The letter came shortly before the end of the Synodal Path reform consultations launched by the Catholic Church in Germany in 2019. At their most recent plenary assembly, the participants had decided to make the consultations between bishops and laypeople on central questions more permanent through the creation of a Synodal Council. A “Synodal Committee” is to prepare this new body.

The Vatican has significantly limited the scope for church reforms in Germany.

The archbishops and bishops of Cologne (Rainer Maria Woelki), Eichstaett (Gregor Maria Hanke), Augsburg (Bertram Meier), Passau (Stefan Oster) and Regensburg (Rudolf Voderholzer) had asked the Vatican whether they were obliged to cooperate in this Synodal Committee. The Vatican has now replied.

With regard to the Synodal Council and the Synodal Committee, the letter explicitly states: neither the Synodal Path, nor an organ appointed by it, nor a national bishops’ conference is authorized to set up a body that curtails the authority of the bishops.

The president of the Bishops’ Conference, Bishop Georg Baetzing, responded to the Vatican’s letter by announcing that he nevertheless wanted to go ahead with the preparations for a Synodal Committee. He received support from the Central Committee of German Catholics (ZdK). “The bishop’s ministry will be strengthened by the planned committee, not weakened,” said ZdK President Irme Stetter-Karp.

The Bishops’ Conference launched the Synodal Path together with the ZdK as a result of a prolonged church crisis that was exacerbated by the abuse scandal. The dioceses of Cologne, Eichstaett, Augsburg, Passau and Regensburg did not issue a statement on the correspondence with the Vatican by the time of writing (midday on Tuesday).