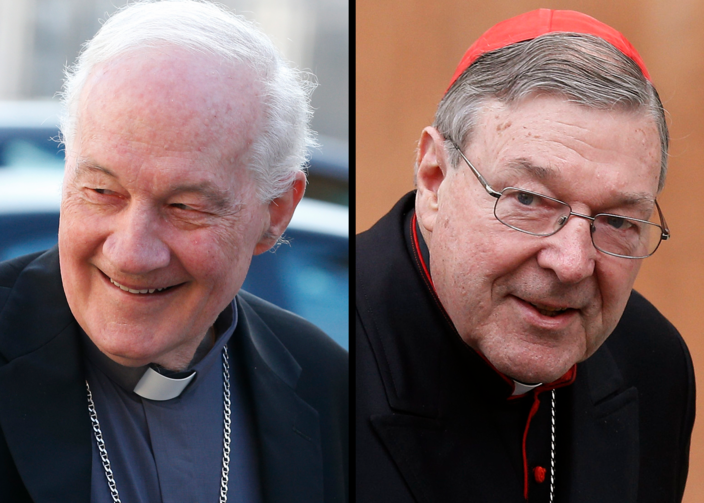 The late Cardinal George Pell is now the confirmed author of the once-anonymous memorandum that sought to discredit the papacy of Pope Francis. This, read in concert with a letter by the cardinal, published posthumously—which characterizes Pope Francis’ succession to the chair of St. Peter as a “catastrophe”—offers stark insight into the dueling forces present within the ranks of the church’s most senior figures.

On this episode of “Inside the Vatican,” Ricardo da Silva, S.J., and Gerard O’Connell dive into the revelations since the cardinal’s death and recall Cardinal Pell’s anti-Pope Francis actions over the years, which date back to the conclave that elected the present pope.

“As one Vatican official said to me,” Gerry says, “maybe he saw quite clearly what direction Pope Francis was leading the church and didn’t like what he saw; especially in terms of the position on moral questions but also in the position of moving away from clericalism, giving more responsibility to the laity in the church.”

Pamela Groleau chose to respond to Cardinal Ouellet’s countersuit by publicly revealing her identity. She intends, by this move, to reclaim her dignity and bring the church to acknowledge the crimes of its clerics.

In the second half of the show, they discuss the latest developments in a class-action lawsuit filed in Quebec, Canada, last summer. The case implicates at least 88 clergy members and notably includes Cardinal Marc Ouellet, the prefect of the Dicastery for Bishops, which is the Vatican office that manages the selection process of the world’s bishops.

In a shocking move this December, which Gerry believes is “unprecedented,” Cardinal Ouellet filed a $100,000 countersuit for defamation against “Ms. F.” He alleged his accuser had tarnished his name by bringing false accusations against him and claimed he did not even know her. Last Friday, Jan. 13, Ms. F. chose to respond to the cardinal’s escalated action by publicly revealing herself as Pamela Groleau, saying she intends by this move to reclaim her dignity and bring the church to acknowledge the crimes of its clerics.

“I think something else we can expect, which undoubtedly will happen, and which Pamela Groleau herself says in the statement that she made when she revealed her identity, is that this, she hopes, will inspire others to come forward and tell their stories,” Ricardo says. “And so this will open the floodgates.”

And the floodgates have already started to crack. Shortly after recording the episode, Golias Hebdo, a French news magazine revealed that a second woman, known only as “Marie,” had also brought accusations of sexual misconduct against Cardinal Ouellet.

This page will be updated to include a link to the article mentioned in this episode, about allegations of sexual misconduct against Cardinal Ouellet, as soon as it is published.